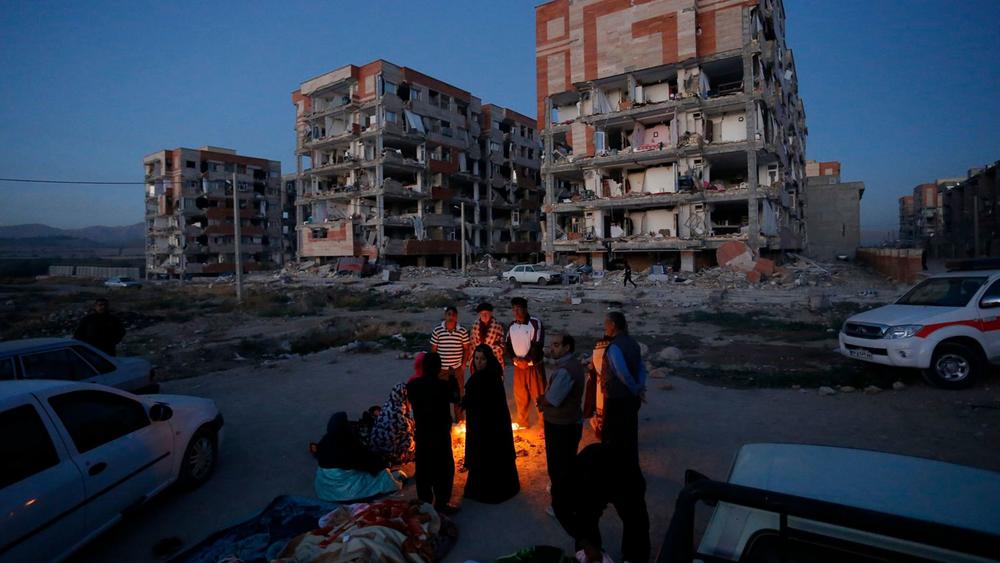 Washington D.C.—November 13, 2017, On November 12 at 9:48 p.m. local time, the Iran-Iraqi Kurdistan border was struck by a 7.3 magnitude earthquake, killing over 400 and injuring nearly 7,000. Iran, and particularly the Kermanshah province, was hit the hardest of all affected areas. Causalities are expected to rise as rescue operators search ruins for victims.

Entire towns have been left in ruins following the tremors and 70,000 have been displaced so far, most of whom are Iranian.  Those afflicted have been forced out of their own homes in fear of a structural collapse that could result from aftershocks, 50 of which have happened so far.

Relief efforts by the Iranian government have so far been slow to come. Many Iranian youths have expressed dissatisfaction on social media with their government’s inability to provide sufficient aid, posting pictures of their cities and towns in ruins as well as images of victims’ bodies.

More than 100 Iranian causalities are from the town of Sarpol-e Zahab in the Kermanshah province, which was at the center of the tremors.  Many residents of the town have also taken to social media to express their displeasure with the safety of a government-funded affordable housing complex named “Maskan-e Mehr,” which was built under the Ahmadinejad presidency.  The apartment complex nearly collapsed entirely under the force of the earthquake, causing many residents to question whether basic safety precautions were taken in preparation for an earthquake when the complex was built.

Iran has a recent history of earthquakes with similarly lethal and destructive magnitudes.  Iran is one of the most seismically active countries in the world, and has several major fault lines that pass through its border.  In 2012 an earthquake killed over 300 people in East Azerbaijan, and in 2003 over 26,000 were killed by a single earthquake in the historic city of Bam .  Given that Iran is a country with consistent and lethal earthquakes, it raises further suspicion as to why the Maskan-e Mehr apartment complex did not appear to be built in line with safety standards.

Mrs. Mariam Rajavi, the president-elect of the National Council of Resistance of Iran, promoted a message of solidarity in response to the earthquakes, and called on the Iranian youth to serve a civic duty in place of their slacking government. Recognizing the regime’s history of “dragging its feet” in its aid efforts, Mrs. Rajavi said in a public statement on Monday that “this is more reason for our compatriots, particularly the courageous youths, who reside in western Iran to rush to the aid of people in the quake-stricken areas and help those trapped under the wreckage.”  She concluded her statement by sharing that the prayers of the NCRI are for those afflicted by such an awful tragedy.