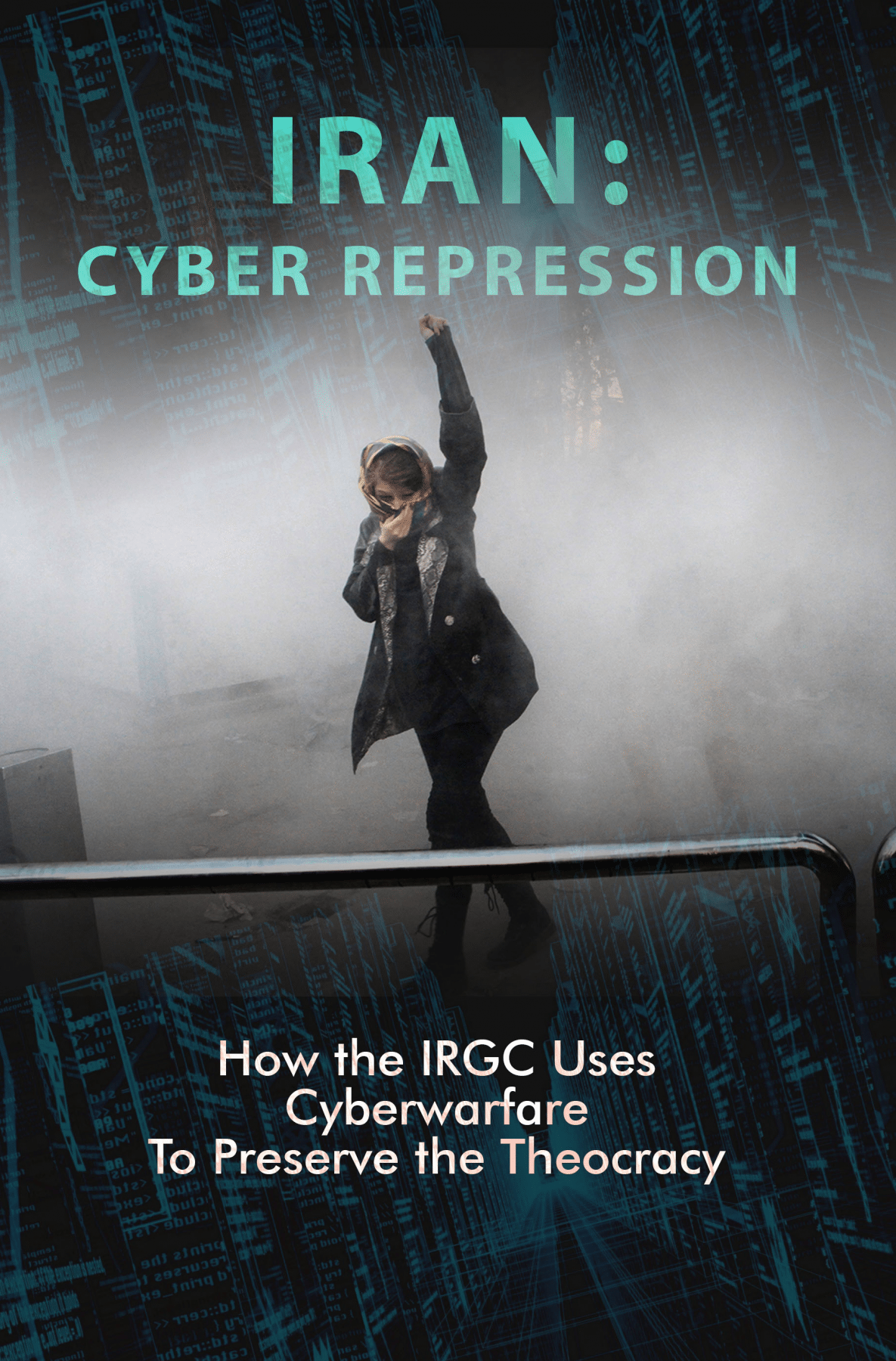 How the IRGC Uses Cyberwarfare to Preserve the Theocracy

This manuscript demonstrates how the Iranian regime, under the supervision and guidance of the Islamic Revolutionary Guard Corps (IRGC) and the Ministry of Intelligence and Security (MOIS), has employed new cyberwarfare and cyber tactics in a desperate attempt to counter the growing dissent inside the country, in particular the nationwide uprising that erupted in late December 2017.

NCRI-US reveals information about the regime’s new wave of cyber repression, and key players involved. This book shows how a domestic mobile apps marketplace modeled after Google Play, is supervised by the IRGC to distribute spyware-enabled apps. IRGC front companies are developing spyware-enabled apps for cyber-surveillance and repression.

Ironically, some of these apps are available on Google Play, Apple Store, and GitHub, potentially exposing millions of users worldwide to the regime’s spyware and surveillance. On February 15 2018, NCRI-US held a press conference to discuss the findings in this report.

“In the past 20 years, our ability to use modern technology has evolved beyond our imagination, but our ability to defend that has lagged behind. Iran: Cyber Repression is a major contribution to understanding how that gap could be exploited to our disadvantage. Cyber terrorism has become a national security menace, a menace all the more disturbing when a hostile entity like Iran’s Islamic Revolutionary Guard Corps (IRGC) creates spyware-enabled apps for cyber-surveillance and repression and has weaponized western cyber technology that targets its own citizens. By using that same technology, Iran could be secretly spying on millions of users in the U.S. and around the world. The NCRI’s revelations shed light on one of the critical issues facing free societies.”

“Iran: Cyber Repression is a timely exposé of state-sponsored cyber warfare targeting Iran’s own citizens and the outside world. NCRI’s sources deep in Iran lay bare the means and methods with which the Islamic Revolutionary Guard Corps (IRGC) and the Ministry of Intelligence and Security (MOIS) are engaging in persistent end-point surveillance of dissidents by employing a web of front companies, to produce spyware-enabled mobile apps. Even more disturbing, the IRGC has successfully deployed these spyware-enabled apps beyond Iran, making them available on global mobile app marketplaces, potentially exposing millions of users worldwide, including in the United States. We must act now to protect the dissidents in Iran and heed the dangers in the U.S. It is a warning we ignore to our peril.”