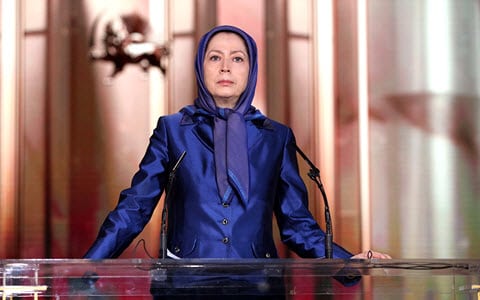 With deepest sympathies to my fellow compatriots stricken by earthquake in western Iran, particularly in Qasr-e Shirin and Sar-e Pol-e Zahab, I would like to extend my heartfelt condolences to the bereaved families who have lost their loved ones.

In these difficult moments when all the people of Iran are anxious and concerned about the lives of those stuck under the rubbles, what adds to the public’s distress is the clerical regime’s criminal record in such natural disasters of dragging its feet and dodging its responsibility in saving the lives of people.

This is all the more reason for our compatriots, particularly the courageous youths, who reside in western Iran to rush to the aid of people in the quake-stricken areas and help those trapped under the wreckage.

Just as opposed to the practices of the clerical regime, now is the time to show solidarity. Assisting and saving the victims of the earthquake is a sacred national duty.

Our prayers are for the rescue of the quake victims and the recovery of those injured and wounded.