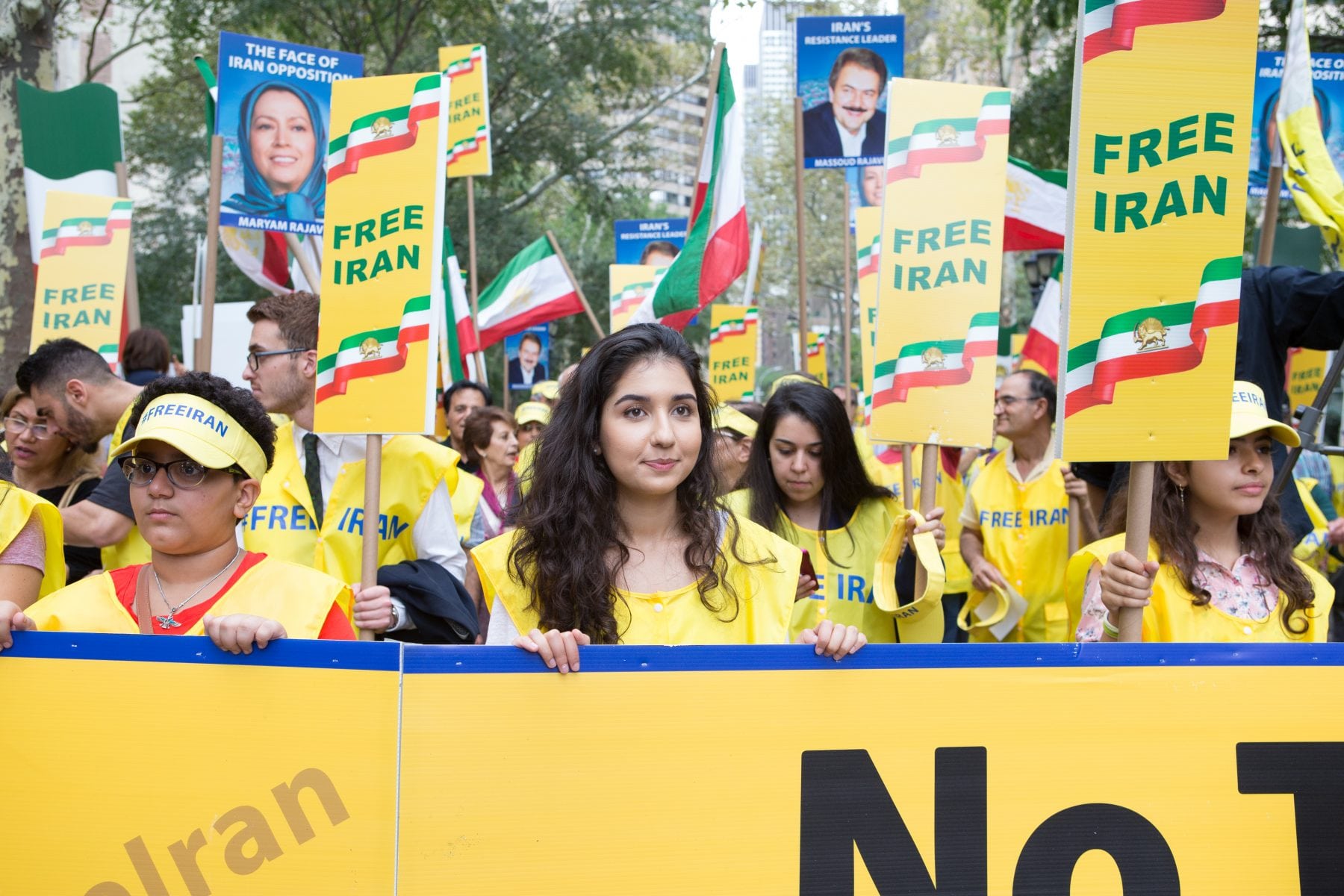 New York, September 20 – The voice of the Iranian people was in full force this week as protesters rallied in front of the United Nations on Wednesday, in a unified call to end the oppressive Iranian regime. 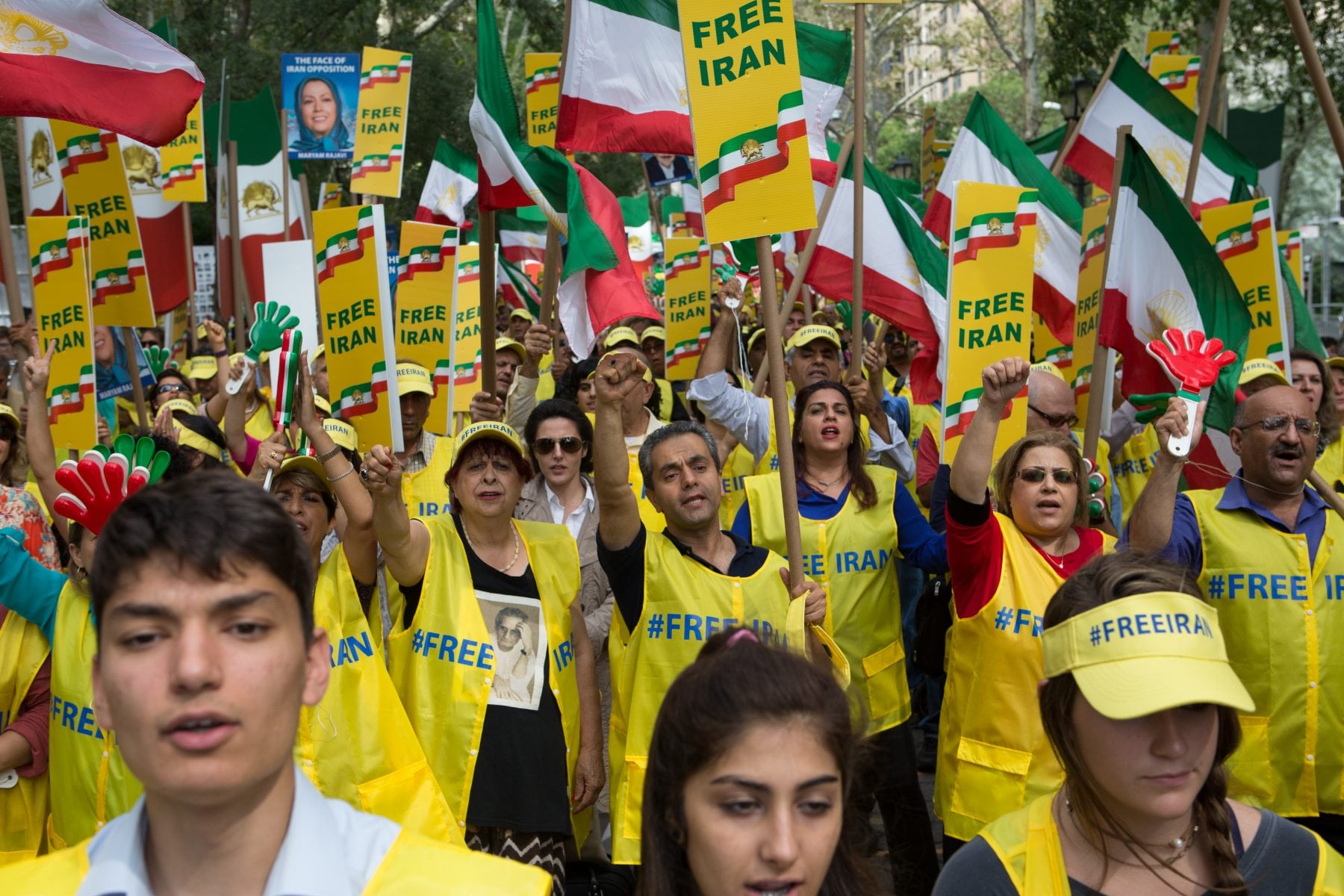 Soona Samsami, the U.S. representative of the National Council of Resistance of Iran (NCRI), said the group wanted the American people to know that “regime change at the hands of the people is the only solution to the Iran crisis.”

President Trump’s speech on Tuesday expressed a similarly firm stance towards the Iranian regime and especially towards the Joint Comprehensive Plan of Action (JCPOA), also known as the Iran nuclear deal. Trump also lashed out at Tehran’s support for terrorism and suppression of the Iranian people, stating that “rather than use its resources to improve Iranian lives, [Tehran’s] oil profits go to fund Hezbollah and other terrorists that kill innocent Muslims and attack their peaceful Arab and Israeli neighbors.”

NCRI president-elect Maryam Rajavi welcomed President Trump’s remarks on the longstanding desire of the Iranian people for change. The NCRI advocates regime change and has called for other practical measures, such as unhindered access by UN inspectors to Iran’s military and non-military nuclear sites as well as the establishment of a  commission of inquiry into the 1988 massacre of thousands of political prisoners, many of whom belonged to Mujahedin-e Khalq (MEK).

This horrific event was perpetrated by the Iranian regime, which has been attempting to erase it from history. An estimated 30,000 political prisoners were executed after being subjected to only minutes-long “trials,” intending to establish whether they were in opposition to the regime. The locations of the mass graves still remain largely unknown and the event is not talked about in schools. To continue to block this information, the regime censors the Internet and satellites dishes are being destroyed.

Rouhani’s cabinet is still comprised of former military and intelligence members with dark pasts. For instance, his former justice minister, Mostafa Pourmohammadi, was on the “death committee” at that time and has stated that he was proud of his role in those atrocities. Likewise, his current justice minister, Alireza Avayi, was involved with the death committee in the southwestern province of Khuzestan.

The 1988 massacre and its aftermath was one of the issues highlighted during the mass rally by Iranian expatriates and opposition groups, many of whom have family members who were executed in the massacre.

During the rally, they demanded democratic change in Iran. The country could then transition to a secular, non-nuclear republic, where everyone’s individual freedoms, including freedom of expression and assembly, as well as access to the Internet, would be respected. 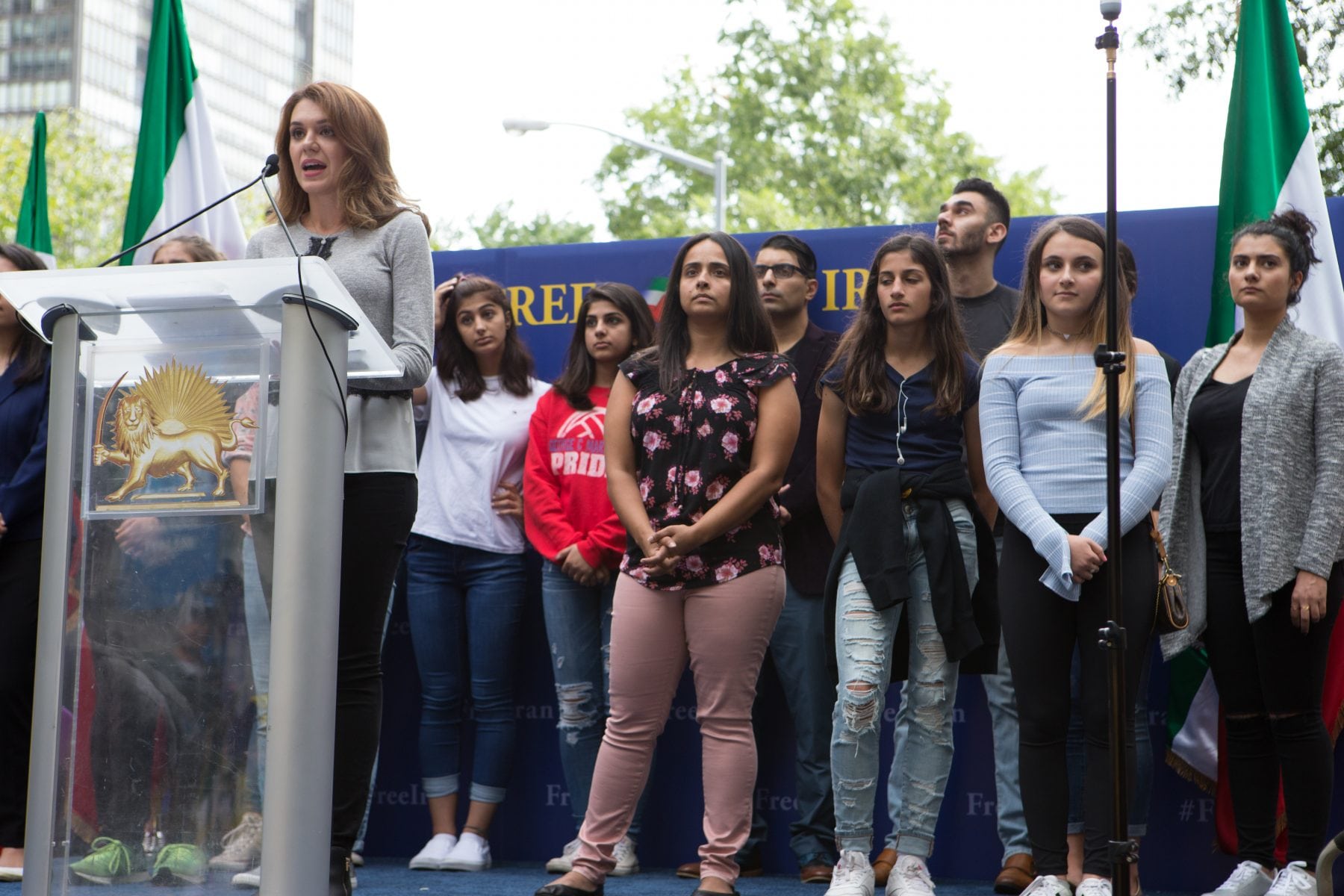 The protesters also denounced the Tehran regime’s export of terrorism to its neighboring countries, including its support for Syria’s Bashar Al-Assad in his slaughter of the Syrian people.  Rouhani, however, stated otherwise, emphasizing that Iran was not only a nation devoted to “moderation” but the “bastion of tolerance for various religions and ethnicities.” He also ignored the U.S. government’s criticisms on its malign activities. A concern of Rouhani’s was President Trump’s changed stance on the nuclear deal reached during the Obama administration. He insisted that Iran only pursued the nuclear program for peaceful purposes.

In sharp contrast to his rhetoric, under Rouhani’s tenure over 3,000 people have been executed, making the regime the world’s leading per-capita executioner. Iran also remains the only nation in the world to execute juvenile offenders.

U.S. speakers and politicians also denounced the Iranian regime. Rep. Eliot Engel (D-NY), the ranking member of the House Foreign Affairs Committee, promised to keep pressure on the Tehran regime for change. Former Senator Joseph Lieberman called for an investigation into the 1988 massacre. Ambassador John Bolton also emphasized on the need for the U.S. policy to be supportive of change in Iran. In a piece in Huffington Post, Dr. Majid Rafizadeh, a leading Iranian-American political scientist and president of the International American Council on the Middle East, wrote that the United States should step up as a leader to investigate the 1988 massacre, rejecting appeasement of the Iranian regime, as well as supporting the opposition movement of Iran for a democratic change.

Recent years have seen increased awareness of these critical issues. The taboos on discussing the 1988 massacre are weakening, and a call from Mrs. Maryam Rajavi has led to increased conversation across Iran about the “summer of blood.” The size of Wednesday’s rally showed that the people of Iran have become more vocal about the regime’s atrocities and the need for change in Iran, providing hope for a democratic future in Iran.