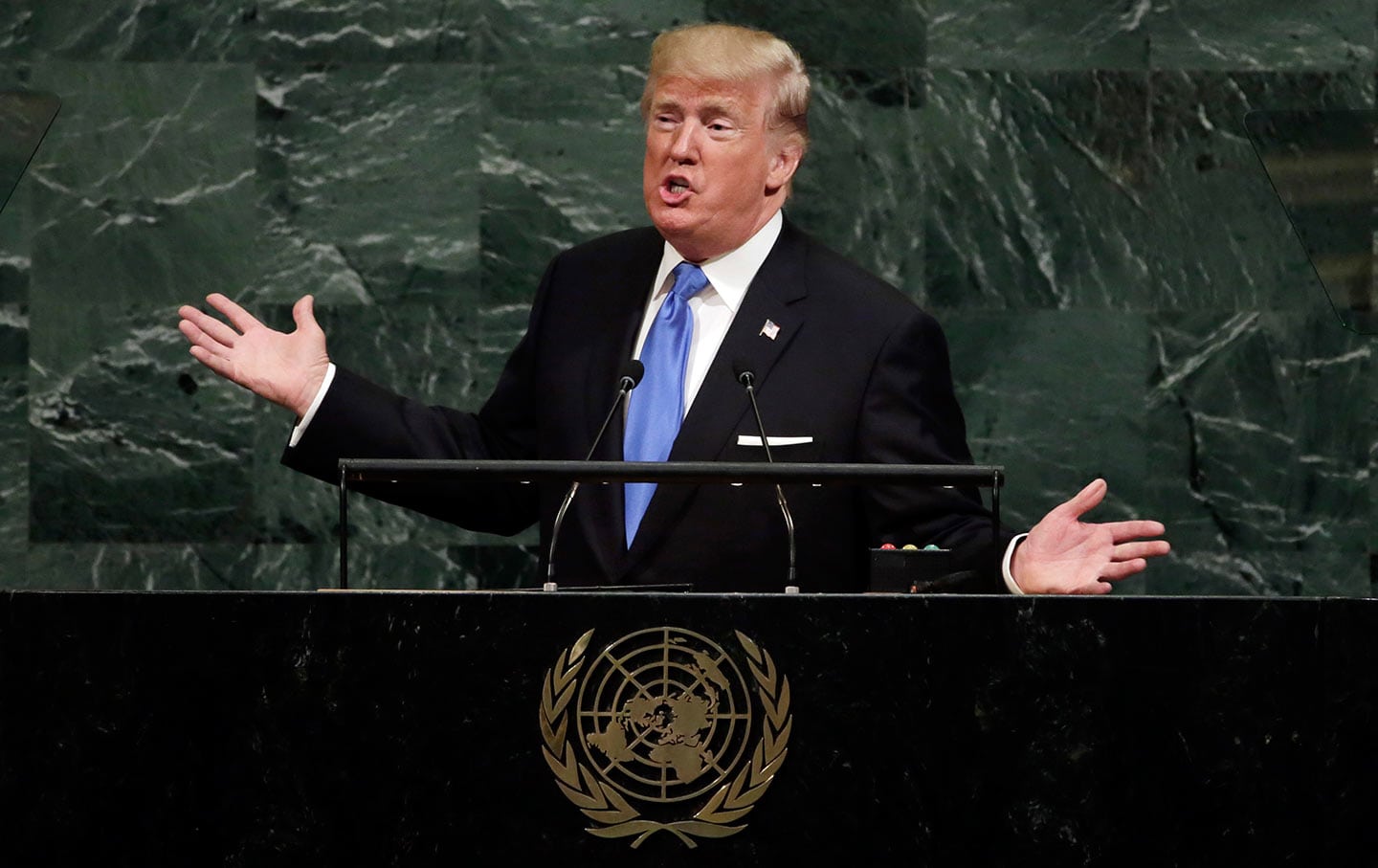 New York, September 25–On September 19th, 2017, President Trump gave his first speech before the United Nations (UN) General Assembly, which included scathing remarks on the Iranian regime. He stated, “The Iranian government masks a corrupt dictatorship behind the false guise of a democracy. It has turned a wealthy country with a rich history and culture into an economically depleted rogue state whose chief exports are violence, bloodshed, and chaos.”

The following day Hassan Rouhani, the Iranian regime’s president, reacted to President Trump’s speech, calling it “ignorant, absurd, and hateful rhetoric … by rogue newcomers to the world of politics.”

The speeches also offered contrasting views on the contentious Iran nuclear deal, a topic of debate since its agreement in 2015 under the Obama Administration. President Trump and Rouhani could not have more differing opinions on the implementation and effectiveness of this deal. President Trump stated that “the Iran Deal was one of the worst and most one-sided transactions the United States has ever entered into.” He was extremely critical of the lack of transparency, echoing the question U.S. Ambassador to the UN Nikki Haley posed when speaking at the American Enterprise Institute earlier this month: “How can we know if Iran is complying if inspectors cannot look everywhere they should look?”

Rouhani countered President Trump’s remarks about changing the nuclear deal by stating that “it would be a great pity if this agreement would be destroyed by rogue newcomers to the world of politics.” It is likely that tensions will mount as a result of these two leaders’ differing opinions on how to best handle the issue. 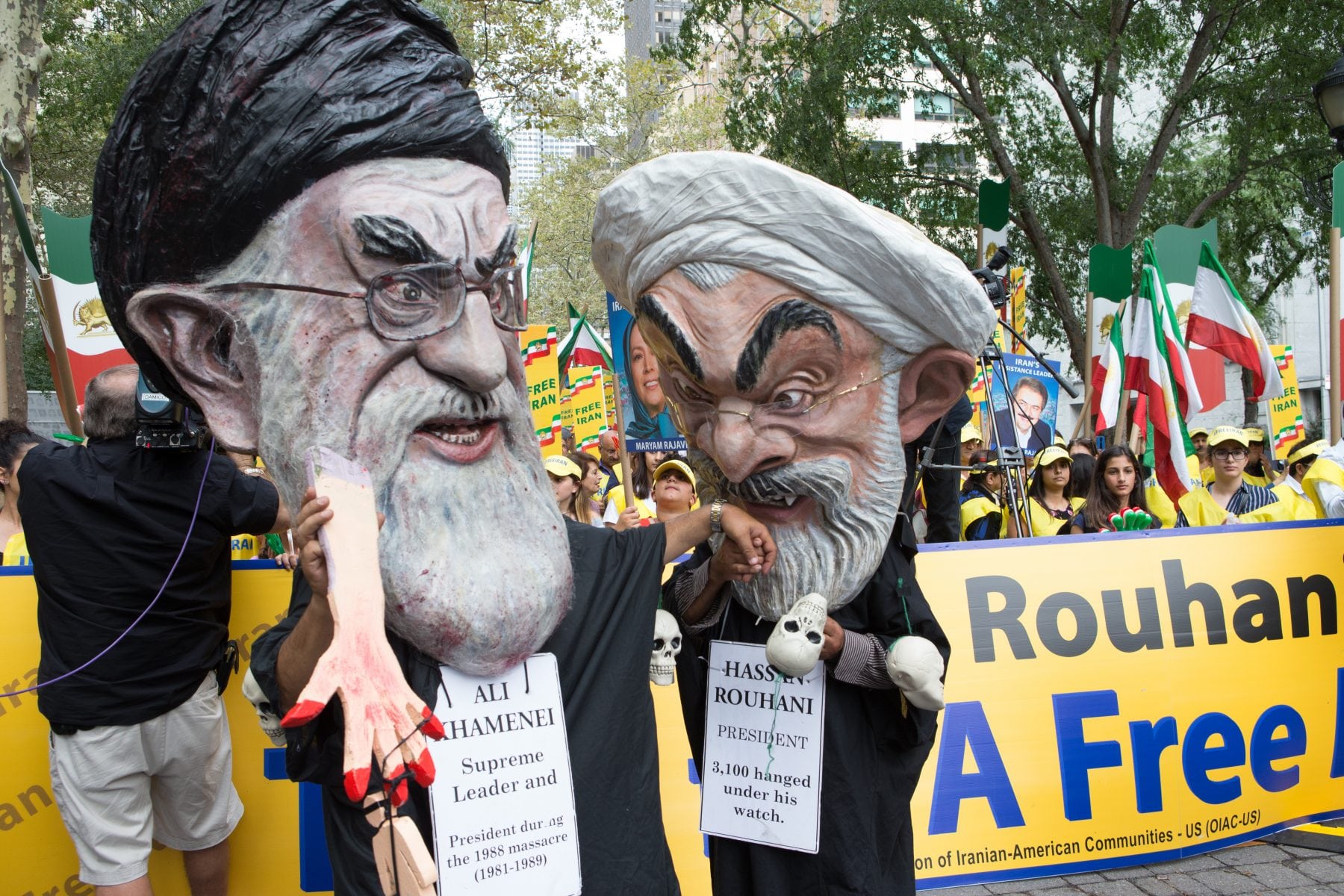 Another issue on which the two leaders diverged was Iran’s well-documented history of human rights violations. Not only did President Trump accuse the Iranian regime of “using its resources to fund Hezbollah and other terrorists that kill innocent Muslims and attack their peaceful Arab and Israeli neighbors,” but he also criticized their support of “Bashar al-Assad’s dictatorship, fuel[ing of] Yemen’s civil war, and undermin[ing of] peace throughout the entire Middle East.”

President Trump also diverged from former President Obama’s policy on Iran, pressuring Tehran on its relationships with other Middle Eastern countries. Rouhani responded the following day, saying, “We in Iran strive to build peace and promote the human rights of peoples and nations.” Despite Rouhani and his regime’s claim to promote human rights, there are countless individuals and organizations that decry this statement as objectively false.

Last month, The Secretary-General of U.N. transmitted to the General Assembly the report of the Special Rapporteur on the situation of human rights in Iran. The report states, “Between July and August 1988, thousands of political prisoners, men, women and teen-agers, were reportedly executed pursuant to a fatwa issued by the then Supreme Leader, Ayatollah Khomeini. A three -man commission was reportedly created with a view to determining who should be executed. The bodies of the victims were reportedly buried in unmarked graves and their families never informed of their whereabouts. These events, known as the 1988 massacres, have never been officially acknowledged.” Some key cabinet members of Hassan Rouhani are actually tied to the 1988 massacre.

During Rouhani’s U.N. speech, thousand of the Iranian-Americans rallied across from the United Nations Headquarters calling for change by the Iranian people chanting “Free Iran.” The rally also drew a large bi-partisan group of prominent speakers.

Trump and Rouhani’s deliberations reflect a growing divide between the Iranian regime and the United States Government over a multitude of issues, as the Trump Administration is reviewing its policy on Iran.