MENUMENU
Articles > The Killing Of Qassem Soleimani: A Game-Changer

The Killing Of Qassem Soleimani: A Game-Changer 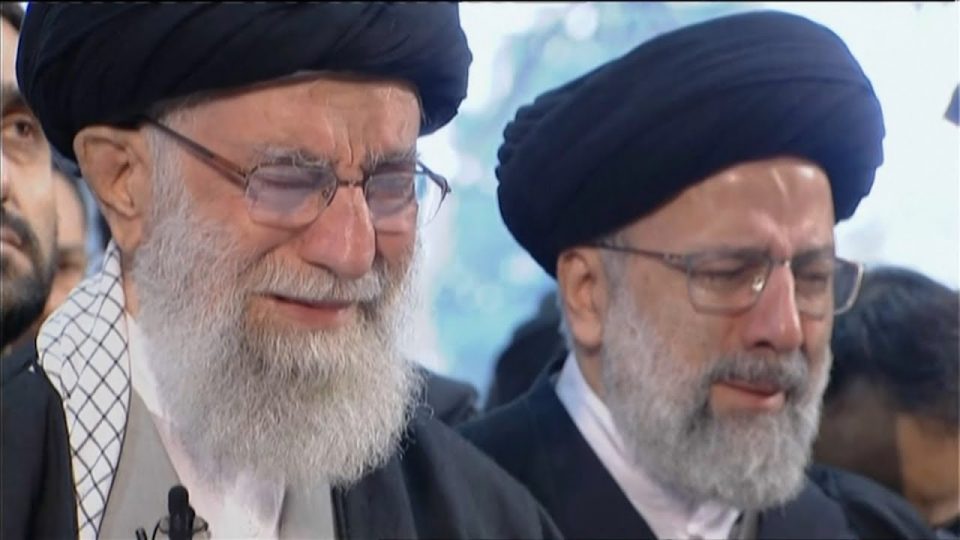 By Alireza Jafarzadeh, the deputy director of the Washington Office of the National Council of Resistance of Iran. He is also the author of The Iran Threat.

The elimination of the Quds Force’s murderous commander, Qassem Soleimani, is a crippling blow to the Iranian regime and its subversive, destabilizing proxy operations in the region. The absence of Soleimani will have an immediate, and positive, impact in Iran, Iraq, and the region. The tide has turned.

So who was Soleimani, really? Contrary to suggestions by some in the mainstream media, Soleimani was one of the most despised and notorious criminals in Iranian history, whose hands were stained with the blood of hundreds of thousands of people in Iran and elsewhere. He was responsible for fomenting a horrific sectarian conflict in Iraq, driving millions of people from their homes and into exile.

In Iran the people’s hatred toward Soleimani was evident when they tore up his and Khamenei’s posters during the 2018 protests and the November 2019 uprising. The protesters’ widespread slogan “Leave Syria alone, think of us” was a direct rejection of Khamenei and Soleimani’s regional interventionism.

Most notably, Soleimani was the boogeyman, who tried to instill fear among the people by portraying himself as immortal and invincible. Game over. His elimination will instead create fear and propel disintegration within the ranks of the Islamic Revolutionary Guards Corps (IRGC) and other regime officials, as well as its proxies in Iraq, Syria, Lebanon, and elsewhere.

Soleimani, referred to as Haj Qassem by the state-run media in Iran, was born in a village in the southeastern province of Kerman. He did not even finish his elementary education, and worked as a construction laborer while young. With no military training, he rose to the top of the IRGC command because of his ruthlessness.

Soleimani was the commander of the notorious Quds Force, the extra-territorial arm of the IRGC. The Quds Force’s exclusive job is terrorism, targeting Iranian dissidents around the world and regional adversaries. Both the Quds Force and the IRGC have been designated as Foreign Terrorist Organizations (FTO) by the U.S. Government.

The killing of Soleimani followed the killing of a U.S. contractor by the regime’s proxies in Kirkuk, and the attack on the U.S. Embassy in Baghdad by the IRGC-controlled Hashd al-Shaabi militias or the Popular Mobilization Force (PMF).

Who will succeed Soleimani? And what impact does his departure have on Tehran — already besieged by an increasingly powerful regime-change movement at home — and on the region’s geopolitical landscape? Although a “successor” has already been designated by the Supreme Leader, Soleimani is a uniquely irreplaceable official in the regime’s terror apparatus.

Meddling in the affairs of other countries, wreaking havoc in the region, warmongering and belligerence have been the hallmark of the theocracy ruling Iran since its inception. It has been a pillar of the regime’s survival for the past 40 years. Qassem Soleimani personified that strategy. The image and the projection of power that Khamenei needed the most at the time faced with continuous unrest and upheaval at home is something of the past.

Internally and regionally, Khamenei and his regime will never recover from the loss of Soleimani. As Maryam Rajavi, the President-elect of the National Council of Resistance of Iran (NCRI), put it, the damage to the regime was irreparable.

Make no mistake, since 1979, the fundamentalist regime has been at an endless war against Iranians through unbridled suppression and against regional and Western countries through subversion, terrorism and war by proxy. Capitulation, indecisiveness, and appeasement have only made this regime even more aggressive and ruthless.

The 800-pound gorilla in the room, of course, is the precarious situation of the Iranian regime in Tehran. Soleimani’s death will certainly speed up the wheels of change. We have seen a nationwide uprising erupting in over 191 cities just this past November. Soleimani’s death significantly boosts that movement, making the prospects for change ever more attainable.

The Iranian regime has never been so weak, vulnerable and desperate. It is facing nationwide protests in Iran, the Shiite majority has revolted against it in Iraq, Tehran is on the defensive in Lebanon, and Iran’s economy is in a free fall.

All these explain the reason behind Tehran’s decision to attack the US Embassy, as well as all its other increasingly desperate measures of late, in a reckless bid to deviate attention from Iraq’s ongoing nationwide protests against the Iranian regime’s de facto political and military occupation of the country.

Just as the people of Iran demonstrated with their November uprising that the regime can be brought down, the killing of Soleimani and his top gun in Iraq, Abu Mahdi al-Mohundis, is a clear indication that Tehran’s regional domination through terrorism, blackmail and proxy wars cannot continue.