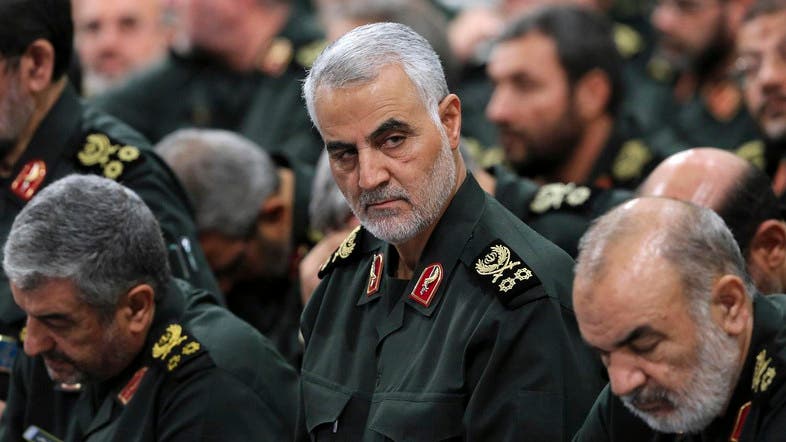 Soleimani was “directly responsible” for the death of 603 US service members, in addition to thousands wounded, Pence said in a tweet.

Soleimani wasn’t just directly and indirectly responsible for the deaths of Americans, but thousands around the world.

He was “one of the most notorious criminals in Iranian history, who had the blood of hundreds of thousands of the people in Iran and the region,” according to Alireza Jafarzadeh, deputy director of the US office of the National Council of Resistance of Iran (NCRI-US).

Soleimani’s legacy will include his kill record from the Middle East to South America.

In Lebanon, Soleimani was suspected of being involved in the 2005 assassination of former Prime Minister Rafik al-Hariri, according to a 2013 article in the New Yorker, which reported that the senior investigator for the UN-backed Special Tribunal for Lebanon suspected Iranian involvement in the murder.

“If Iran was involved, Suleimani was undoubtedly at the center of this,” the article reported former senior CIA official Robert Bauer as saying.

In Syria Soleimani “continued support to the murderous regime…aiding and abetting [Syrian President] Assad’s brutal abuses against the Syrian people,” according to Pence.

The US Treasury Department sanctioned Soleimani in relation to “human rights abuses in Syria, for his role as the Commander of the IRGC-QF, the primary conduit for Iran’s support to the Syrian General Intelligence Directorate (GID),” according to a May 2011 statement.

An estimated 400,000 Syrians have been killed since the conflict began in 2011, according to the UN Envoy for Syria.

It is also alleged that Soleimani’s Quds Force carried out the 1992 bombing of the Israeli embassy and the 1994 bombing of a Jewish community center both in Bueno Aires, Argentina, which combined to kill over 100 people.

The Iranian military chief was also behind the attempted assassination of Saudi Arabian ambassador to the US Adel al-Jubeir in 2011 and oversaw “a terrorist attack attempt on American soil,” according to Pence.

And Soleimani’s plans to kill were far from over. Soleimani was plotting attacks on American diplomats and military personnel before he was killed, according to Pence.

In mid-October Soleimani instructed his Shia militia allies in Iraq to step up attacks on US targets in the country using sophisticated weapons provided by Iran, according to Reuters citing two militia commanders and two security sources briefed on the gathering.

“The world is a safer place today because Soleimani is gone,” Pence said.

Qassem Soleimani's successor, Esmail Qaani (Ghaani), is among the most criminal commanders of IRGC and the Qods Force
Comment
The Killing Of Qassem Soleimani: A Game-Changer