Iran’s Esmail Gaani is the New Godfather of Terror 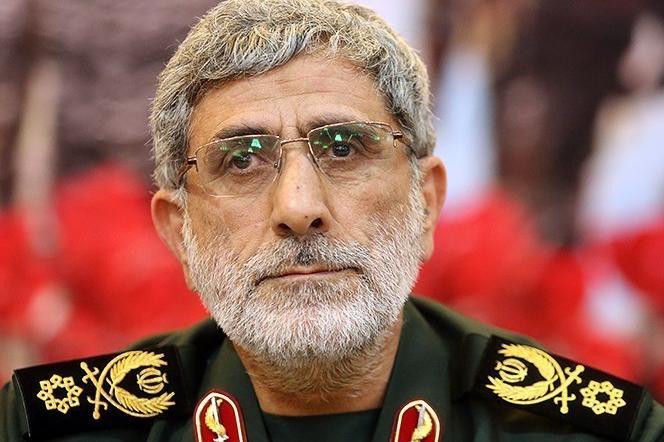 Jan. 8 (UPI) — When the ruthless crime boss and Mafia godfather Sam Giancana was gunned down in Illinois in 1975, he was quickly replaced by yet another murderous protégé from the Chicago crime syndicate, Tony Accardo. The Mafia waste no time in filling the shoes of an assassinated gangster.

The Iranian mullahs have become willing advocates of the Mafia playbook, replacing their fallen idol Qassem Soleimani, eliminated by an American drone strike, with his deputy, Esmail Ghaani. Like his ruthless predecessor, Ghaani has taken up the post of commander in chief of the terrorist Quds Force, the extra-territorial wing of the Islamic Revolutionary Guards Corps. With plenty of blood on his hands, Gen. Ghaani is the Ayatollah Ali Khamenei‘s ideal choice to take command of their equivalent of the Gestapo. He has spent years actively repressing the people of Iran, while aiding the theocratic regime’s policy of aggressive expansionism across the Middle East and further afield.

Describing himself and Soleimani as “children of war,” the 62-year-old was born in Bojnourd in the North Khorasan province of Iran. He served as Soleimani’s deputy for the past 20 years, rising quickly through the ranks after helping to crush the Kurdish uprising following the overthrow of the shah in the 1979 revolution. While Soleimani focused on the Iranian regime’s proxy wars in Syria, Yemen, Lebanon and Iraq, Ghaani’s job was to bolster terrorist militias in Pakistan, Afghanistan and Africa.

He was placed on America’s terrorist blacklist in 2012 after 13 shipping containers destined for the Gambia, labeled as containing “packages of glass wool and pallets of stone,” were intercepted in Nigeria and found to hold 107mm Katyusha rockets, rifle ammunition and other weapons.

Since 2014, Ghaani’s focus has increasingly turned to the Middle East. During the war against the Islamic State in Iraq, he was seen several times in Quds Force delegations organizing the genocidal campaign against the predominantly Sunni population of al-Anbar province, where hundreds of thousands of innocent civilians were ethnically cleansed from the ancient cities of Fallujah and Ramadi and later from Mosul, in the governorate of Nineveh.

He has also been closely involved with the Houthi rebels in Yemen, openly boasting of his connection on Iranian state-run television. Following the killing of the IRGC commander Hossein Hamedani in Syria in October 2015, Ghaani assumed command of the clerical regime’s proxy forces in Aleppo, Syria, supervising and aiding Bashar al-Assad‘s bloody massacre of his own civilian population.

Keen to cement his place as the new Quds Force commander, immediately following Soleimani’s funeral in Tehran, Ghaani met with Ismail Haniyeh, chief of the terrorist Hamas and his deputy Saleh al-Arouri and other Hamas politburo members. Iran has provided training, financial support and weapons to Hamas’s military wing, the Izz ad-Din al-Qassam Brigades since they took control of the Gaza Strip in 2007.

Pledging “harsh revenge” for the killing of Soleimani, Ghaani, who is now answerable only to the theocratic regime’s supreme leader Khamenei, said: “We promise to continue down the martyr Soleimani’s path as firmly as before with the help of God and in return for his martyrdom we aim to get rid of America from the region.”

Ghaani’s tough talk and his bloodstained past may serve to bolster his Mafia credentials in the eyes of Iran’s tyrannical dictators, but it will do little to dent the determination of the Islamic Republic’s 80 million, careworn and struggling population, who have taken to the streets in the hundreds of thousands in recent weeks in protest of the venal corruption of the ruling mullahs and their wanton spending on conflict and terror.

The brutal crackdown on the protests ordered by Khamenei and enthusiastically implemented by Ghaani’s predecessor Soleimani, saw IRGC thugs shoot dead 1,500 young demonstrators, including 400 women, wounding 4,000 and arresting over 12,000. The courageous People’s Mojahedin of Iran (PMOI/MEK) resistance units, who have played a central role in organizing the uprising, will not be cowed by Ghaani’s arrival on the scene. Soleimani’s blood-spattered demise should act as a warning to Ghaani that like the Mafia godfathers of old, there is no impunity for the perpetrators of evil.

The Killing Of Qassem Soleimani: A Game-Changer
Comment
Subsequent to Missile Attack Against US Forces in Iraq, Khamenei Lashes out at Albania for the Iranian People’s Uprising