MENUMENU
Articles > Subsequent to Missile Attack Against US Forces in Iraq, Khamenei Lashes out at Albania for the Iranian People’s Uprising

Subsequent to Missile Attack Against US Forces in Iraq, Khamenei Lashes out at Albania for the Iranian People’s Uprising 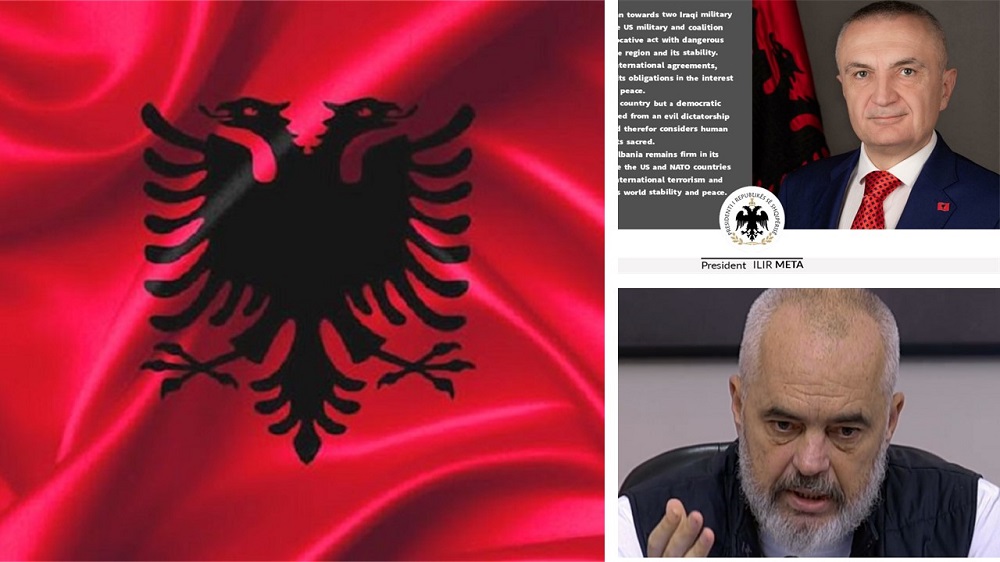 This morning, a few hours after the missile attack against U.S. forces in Iraq, the regime’s Supreme Leader Ali Khamenei, deeply demoralized after the elimination of Qassem Soleimani, lashed out at Albania for the Iranian people’s uprising. Referencing the Mujahedin-e Khalq (PMOI/MEK) and the nationwide uprising in November which swept 191 cities in Iran, he said, “Several days before the uprising, in a small and sinister country in Europe, an American and a number of Iranians drew up plans, which we saw in the gasoline incident.

As soon as (protesting) people came to the scene, the enemy’s operatives began. Demolishing, torching, murdering, destroying, and fomenting war. This was a renewal of the work they had carried out before. And they continue to do these and they will do whatever they can.”

A few hours later, the Albanian President Ilir Met said, “Albania is not an evil country, but a democratic one, which has suffered from an evil dictatorship, and as such cherishes human rights as a sacred value. The missiles fired by the Iranian regime against two U.S. military bases is a provocative act with dangerous consequences for the region and its stability. Albania continues to decisively stand by its commitment alongside the United States and NATO countries in the fight against international terrorism and any action that would endanger global stability and peace.”

In another development, addressing the presence of the MEK in Albania, Prime Minister Edi Rama said, “We have done something which is the source of honor for, and consistent with the traditions of, Albania, based on an unambiguous agreement with the United States to welcome and open [our] doors to a group of people whose lives were in danger. We have lived under dictatorship and know full well how dictatorships behave and how they control everything to liquidate any opponents across the globe.”

Former Prime Minister and a current Cabinet Minister, Pandeli Majko said in this regard, “The Mujahedin have not created any problems in society. On the contrary, they are very calm and mature people. We have carried out a responsibility based on the tradition of hospitality,” He added, “In Europe, this Special Forces General who was killed (Soleimani) puts on diplomatic attire and comes to Europe to carry out terrorist operations and then they cry out for respect for international laws and the UN Charter.”

During a visit to Ashraf-3, home to MEK members in Albania, in November, General James Jones, President Obama’s first National Security advisor, said, “As I look out at this audience, I have a feeling I am looking at the future of Iran. A free Iran, an Iran that will soon be enjoying the benefit of democracy and freedom under the leadership of Mrs. Rajavi and all of the assembled organizations that make up the NCRI today. This is the future that we are looking at. And this future will come, I hope, very, very quickly…. [The people of Iran] deserve a new government. And the seeds of that freedom are right here, the future is right here….”

As a matter of routine, the clerical regime attributes the explosive social conditions and popular uprisings inside Iran to foreign powers. Khamenei had blamed the 2018 uprising on the U.S., the MEK, and Saudi Arabia.

President Trump said today, “The regime also greatly tightened the reins on their own country, even recently killing 1,500 people at the many protests that are taking place all throughout Iran.”

Iran's Esmail Gaani is the New Godfather of Terror
Comment
Aftermath of Strike on Qassem Soleimani Not the Time for U.S. Partisan Politics