MENUMENU
Articles > Aftermath of Strike on Qassem Soleimani Not the Time for U.S. Partisan Politics

Aftermath of Strike on Qassem Soleimani Not the Time for U.S. Partisan Politics 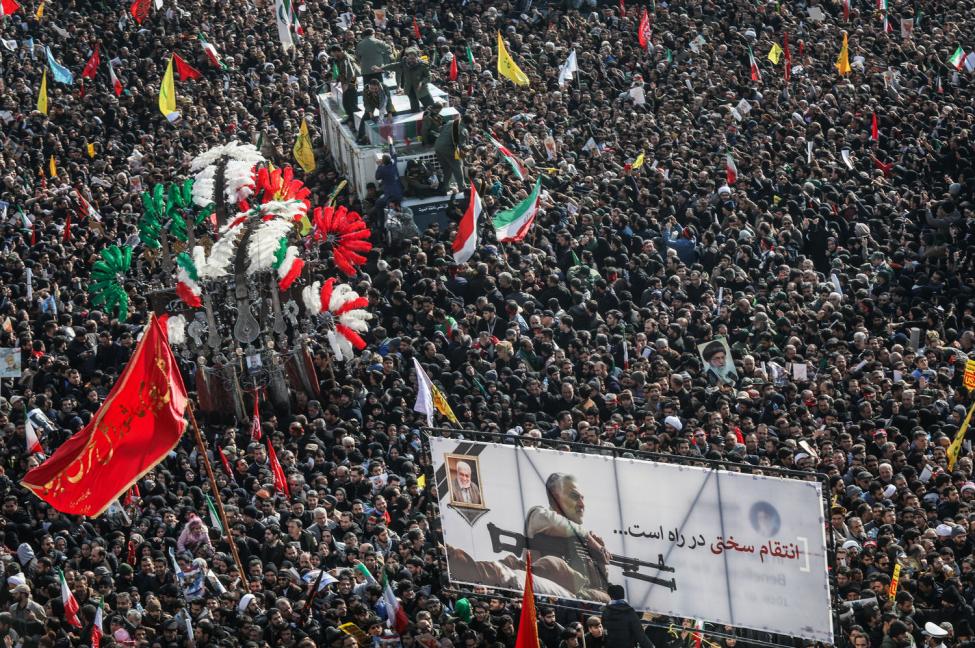 Jan. 9 (UPI) — The precedent for U.S. President Donald Trump‘s authority to order the strike against Qassem Soleimani was established during the administration of Democrat President Franklin Roosevelt.

In 1943, an air attack killed Japanese Adm. Isoroku Yamamoto, the architect of the Pearl Harbor attacks and head of Japan’s naval war against the United States. More recently, this precedent was used by Democrat President Barack Obama in ordering Navy Seals into Pakistan, resulting in the death of al-Qaida leader Osama bin-Laden.

Soleimani was the long-time commander Iran’s Quds Force. Operationally part of the Islamic Revolutionary Guards Corps, a U.S.-designated foreign terrorist organization, the Quds Force is responsible for unconventional warfare and military intelligence operations outside the borders of Iran. The English translation of “Quds Force” is “Jerusalem Force.” This is in keeping with Islamic Revolution founder Ayatollah Ruhollah Khomeini‘s declaration: “The road to Jerusalem travels through Karbala” (Iraq).

The Quds Force has three primary and interrelated missions: develop and control submissive governments that will yield to Iran’s fundamentalist extremism, systematically extend its hostile military influence for the purpose of eliminating Israel and conduct terrorist attacks on nations throughout the world.

Appeasing Iran and yielding to its ambitions does not guarantee reprieve. No governments yielded to Iran more than the administrations of U.S. Presidents Bill Clinton, George W. Bush and Obama.

Those assets never went to bettering the lives of Iranian people, but rather to furthering Iran’s status as the number one nation-state sponsor of terrorism. The biggest recipient of that money was Gen. Soleimani and his Quds Force. For decades, Soleimani had been travelling the Middle East reinforcing Iranian interests, coordinating Iranian troops and material support and providing instructions for future hostile operations.

Soleimani and his subordinate Iraqi Shia militia officers must have been disappointed that U.S. Marines guarding the embassy exercised professional restraint. Not a single shot was fired against the attackers for only destroying property. The fact that the militias were allowed into the Green Zone only confirmed Iraqi military collusion.

Soleimani also came to Baghdad to address actions against Iraqi citizens protesting on the streets against Iran’s influence in their country. The ongoing youth demonstrations in the Shia provinces of Iraq were directed against Iran’s meddling in their country. The Iraqi military and Iranian loyal Shia militias have been continually filmed conducting sniper and automatic weapons fire against the demonstrators. Arrests of protesters with subsequent prison abuses have been rampant.

Meanwhile, Iran conducted identical actions against its own citizens during the November 2019 countrywide anti-government demonstrations. Iranian people are tired of going without, are hostile to religious opposition and are angry that their youth and their nation’s potential wealth are being wasted exporting oppression to other countries.

Iran’s extreme violence against the demonstrators has resulted in a temporary abatement. Individual groups are now resorting to subversive hostile actions, such as last month’s bombing of the IRGC Engineering Headquarters building.

Soleimani’s death has resulted in further threats to Americans and Iran’s declaration of abandoning the nuclear weapons agreement. The threats were always there and systematically being executed. Iran never was complying with the nuclear weapons deal. Time and again, Iranian government opposition groups provided evidence that at best a smoke and mirrors display was being provided.

Iraqi Prime Minister Adil Abdul-Mahdi, an Iranian Shia ally, now claims Soleimani led the fight that removed the Islamic State from his country. What Mahdi fails to admit is Soleimani held back his forces while IS exercised massive genocide against Sunnis trapped in their captured territory. Once IS was pushed back by a combination of Iraqi and international forces, Soleimani’s Shia militias took control of the “liberated” towns and villages. A second genocide commenced with the claim that survivors must have been IS sympathizers.

Iran has been severely weakened by the Trump sanctions and the growing unrest of its own citizens. The death of Soleimani further destabilizes Iran’s power and serves as evidence that even the most brutal oppressors are neither invincible nor secure. Now is not the time for American partisan politics to offer a lifeline to a collapsing regime determined to dominate the Middle East and export terrorism throughout the world.

Ret. Col. Wes Martin served as the senior anti-terrorism officer for all coalition forces in Iraq.

Subsequent to Missile Attack Against US Forces in Iraq, Khamenei Lashes out at Albania for the Iranian People’s Uprising
Comment
Maryam Rajavi Called For A Day Of Mourning For The Passengers Of The Plane Shot Down By The Regime