The Iran Nuclear Deal Must Sink in the Ashes of Ukraine

By Struan Stevenson, originally published in the Towhn Hill, March 11, 2022

The brutal invasion of Ukraine should have sent a resounding wakeup call to Western appeasers. Those same leaders sat on their hands when Vladimir Putin effectively annexed more than 20% of Georgian territory in 2008. The regions of Abkhazia and South Ossetia in Georgia, both scenes of violent separatist conflicts which left thousands dead and tens of thousands homeless in 2008, are now virtual no-go areas controlled by Russia.

Putin allows limited visits to Abkhazia by the United Nations Development Program (UNDP), but South Ossetia has become a Russian military camp, and the ill-defined demarcation lines established by the Russians are blockaded with tangled razor wire, guarded by military watchtowers. Most of the population from both areas fled. At the time, UK Prime Minister David Cameron expressed his outrage at the Russian seizure of Georgian territory and famously said: “Where next…Ukraine?”

Cameron was right. Putin marched his troops into Crimea and Sevastopol in 2014, citing his usual ‘false-flag’ excuse that he was mounting a military operation to protect Russian citizens. The war in Crimea has killed over 14,000, but once more, the Western appeasers did nothing.

Struan Stevenson is the Coordinator of the Campaign for Iran Change (CiC). He was a member of the European Parliament representing Scotland (1999-2014), president of the Parliament’s Delegation for Relations with Iraq (2009-14) and chairman of the Friends of a Free Iran Intergroup (2004-14).  Struan is also Chair of the ‘In Search of Justice’ (ISJ) committee on the protection of political freedoms in Iran. He is an international lecturer on the Middle East and is also president of the European Iraqi Freedom Association (EIFA). 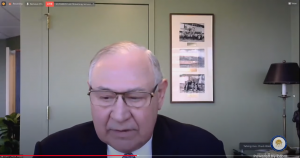 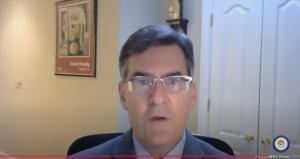 Amb. Mitchell Reiss: There should be no debate over removing the Foreign Terrorist Organization (FTO) designation for the IRGC