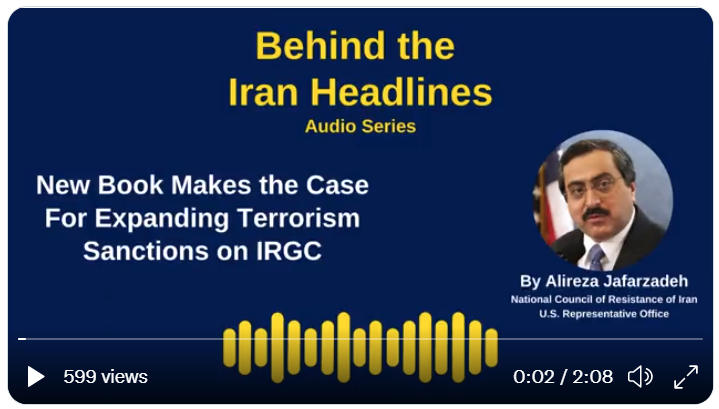 BEHIND THE IRAN HEADLINES Series, MARCH 3, 2022

Alireza Jafarzadeh, NCRI-US Deputy Director: Now after nearly one year of negotiations, the Iranian regime wants to take advantage of the war against Ukraine. After fully backing the unjust war on the Ukrainian people, and in return for siding with the aggression, Khamenei is expecting Russia’s support in the Vienna nuclear talks.

He wants the Possible Military Dimensions, also known as the PMD of its nuclear program swept under the carpet again, expand its nuclear infrastructure, some of which are under the mountains, and lift ALL the sanctions on himself, his mass murderer president Raisi, and its terror network, including the IRGC, and a number of IRGC commanders.

But the IRGC is all about plundering the wealth of a nation and using it to suppress the population, fire on the protesters, and keep the theocracy in power. IRGC is about sponsoring terrorism around the world, IRGC and its Qods Force are all about war and destruction.

We just released a book Iran: Exposing the Latest Terrorist Game Plan of the IRGC-Quds Force, Formation of Proxy Naval Units. The book details how the IRGC recruits proxies in Iraq, Syria, Lebanon, and Yemen and trains them to form terrorist naval units to attack ships and oil tankers.

Previously, we released another book, IRGC’s Rising Drone Threat showing how the IRGC uses front companies to produce and supply drones to mercenaries to wage terrorism.

We need to see more sanctions on the IRGC including its front companies to cover all aspects of its terrorism.