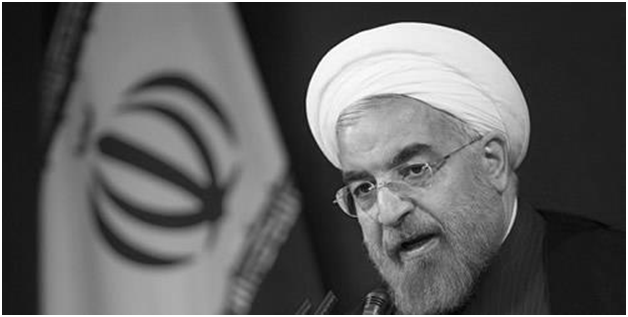 Late last month, the Iranian regime’s President Hassan Rouhani wrapped up a trip to France and Italy for a deal bonanza after the lifting of sanctions. The inking of a host of commercial deals seemingly fueled arguments formulated by advocates of rapprochement who say that the latest developments signify a new era in international relations. Some western officials are presumably sincere in their expectation of a sea change in Iranian attitudes and policies. In other cases, these pronouncements are purely pragmatic, ignoring the fundamental discord between Iran and the West for the sake of trade agreements and other short-sighted benefits.

Rouhani’s meetings with the Italian and French executives reflect the burning desire of many European businessmen to re-enter the Iranian market and benefit from its massive reserves of oil and gas. They also underline the false narrative that the Iranian regime’s president is a moderate, a serious alternative to the hardliners who have dominated Iran’s foreign relations for the past 37 years.

If you’ve only been listening to some Western leaders lauding Rouhani’s “moderation” over the past couple of years, you may wonder how we know that moderation is a myth. Well, as Maryam Rajavi, the president-elect of the main opposition National Council of Resistance of Iran (NCRI), pointed out in a statement, Rouhani’s record, which includes the highest rate of executions in the past 25 years, speaks for itself.

Still, it’s at least somewhat surprising that Western leaders have been capable of holding onto the narrative of moderation at a time when even Rouhani’s domestic supporters are finding it difficult to do so. Those who supported him in 2013 are now saying that Rouhani has failed to demonstrate any progress on domestic issues such as the release of political prisoners, abuse of the death penalty, censorship, and gender discrimination, among many other things.

These observations fuel the protests that seek to call the world’s attention to Rouhani’s culpability for the regime’s ongoing abuses. The information that has leaked out of Iran from activists and dissidents has allowed human rights organizations and international political groups to keep records of many of the politically motivated arrests that still take place every week in Iran, and to piece together the statistics on the number of executions that have taken place under Rouhani’s tenure.

Although the Iranian populous has bravely continued to organize despite frequent attacks on their rights to free assembly, it is in places like France that exiled Iranians can count on large-scale and long-lived demonstrations like the one we saw last week, coinciding with Rouhani’s visit.

Rouhani’s France visit prompted thousands of Iranians to bring attention to the dire situation that still faces their compatriots inside Iran. It was the organizing principle behind an event whose scope went far beyond any particular recent act of Western policy toward Iran.

Despite Rouhani’s attempt to paint a moderate image, the world paid more attention to the provocative portrayals of Iran’s human rights abuses, the testimonials of past victims of those abuses, and the speeches of Western politicians who truly support the cause of democracy and freedom in Iran. The message was prominent enough to compel at least some Western leaders to admit the truth of having ignored Rouhani’s inaction for nearly three years.

Although the purveyors of the false narrative of moderation do have a nuclear deal in their favor, the question that was raised in Paris last week was simple and essential: What is the world doing to prevent the sanctions relief from being diverted into the hands of the Islamic Revolutionary Guard Corps, known as the IRGC, to carry out more terrorism, proliferation of WMD including ballistic missiles, and providing unabated support for Syrian dictator, Bashar Assad on behalf of a regime that has not changed its actual behavior one bit?

The West must not concede to any further expansion in relations with Iran until the regime’s so-called moderate president demonstrates genuine commitment to the improvement of human rights, a moratorium on the death penalty, and an end to Tehran’s sponsorship of international terrorism that has made the Middle East as a whole into a troubled and unstable region.