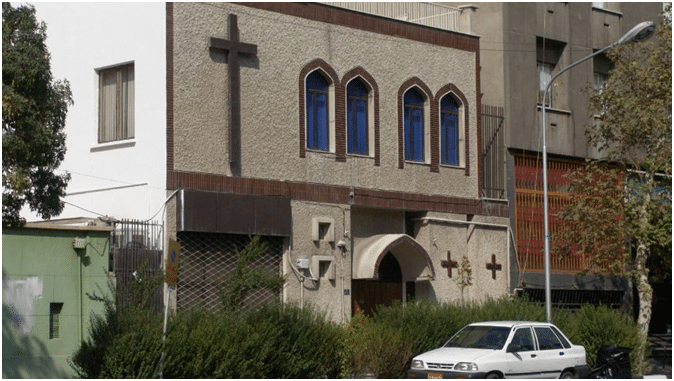 The representative of the Assyrian community in Iran’s parliament, Jonathan Bet-Kelia, protested against the confiscation of an Assyrian church in the capital, Tehran, by government bodies who want to convert it into a Shi’ite shrine or ‘Hussainiya’.

He criticised the attitude of the government toward religious minorities in a New Year speech in parliament, saying: “What is the use of our presence in a Parliament that considers us apostates?”

The land belonging to the Iranian Assyrian community’s Chaldean Catholic Church in Tehran’s Patrice Lumumba Street was originally confiscated two years ago and the authorities have refused to hand it back.

Bet-Kelia said he had approached the special assistant to President Hassan Rouhani on ethnic minorities’ affairs, Ali Younesi – a former Minister of Intelligence and Security who has been accused of ordering the arrests and assassinations of dissidents – but was told that nothing could be done.

Ali Safavi, a spokesman for the National Council of Resistance of Iran – a major political grouping of Iranian exiles – said: “The brazen admission displays first and foremost the discriminatory and sectarian policies of the regime vis-à-vis Iran’s religious minorities. At the same time, it speaks to the failure of Western policy to accommodate the regime in the futile hope that it will promote moderation and tolerance on the domestic front.”

Christians and other minorities including Sunni Muslims are officially tolerated in Iran and have five seats reserved for them in the parliament. However, critics say that they are systematically excluded from government, military and security positions.

According to NCRI, the case of the Assyrian church is one of a number of examples where “the ruling clerics have systematically suppressed people of different faiths and even denied the minority Sunni Muslim population their basic rights”.

Iran is the focus of increasing fears around the spread of instability in the Middle East after its furious reaction to the execution by Saudi Arabia of a Shi’ite cleric, Nimr al-Nimri. It is also backing Houthi rebels in Yemen, whose insurrection has seen the country descend into chaos with widespread civilian suffering.

ISIS: The Road to Defeating Islamic Extremism Runs Through its Epicenter in Tehran
Comment
The Silver Lining in Europe’s Ill-Advised Embrace of Hassan Rouhani