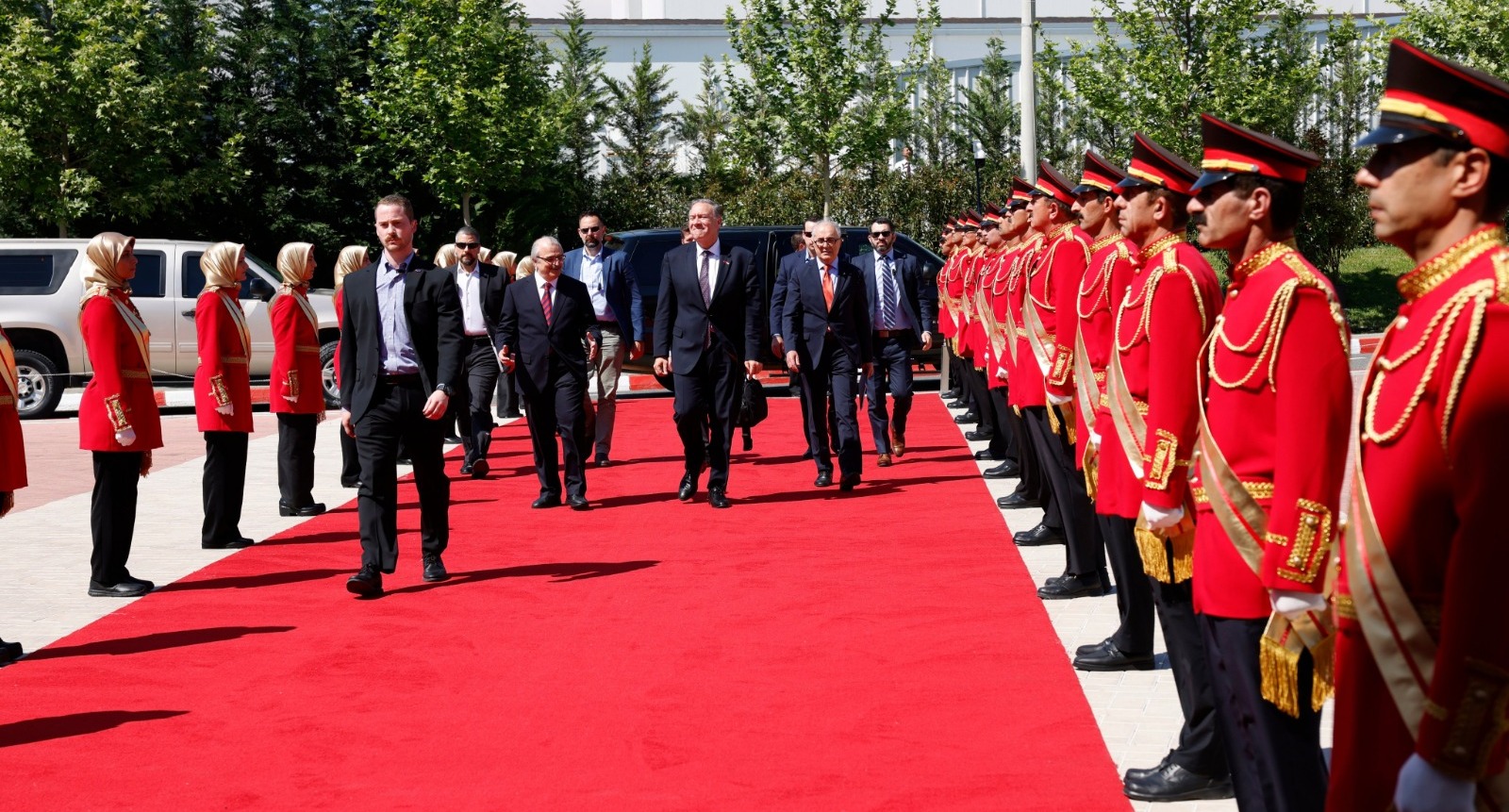 Why Pompeo’s visit to Tirana matters to Tehran

By Robert Torricelli originally published in newjerseyglobe.com, May 19, 2022

Former Secretary of State Mike Pompeo’s embrace of the Iranian resistance at Camp Ashraf in Albania this week may add the final chapter to the story of a new Iranian Revolution. The pieces are finally in place.

Decades of abuse, torture, and authoritarianism followed the 1979 Iranian Revolution. A combination of self-interest and benign neglect by the international community conspired to allow the regime in Tehran to construct the world’s leading source of state-sponsored terror almost unabated.

It all started to come undone when the United States withdrew from the JCPOA nuclear accords. The casting of a blind eye toward the Argentine AMIA attack, Khobar towers bombing, and the USS Cole hadn’t been enough. The sanctions regime tightened, and Iranian isolation was almost complete.

Internally the revelation that the regime sanctioned the murder of nearly 30,000 political prisoners several decades ago galvanized the opposition and further undermined the regime’s legitimacy. Pervasive mismanagement and corruption accelerated the economic downward spiral. The stage was set for the Covid epidemic to demonstrate the Mullah’s complete failure to govern.

Four decades of western governments on both sides of the Atlantic making concessions to encourage the regime to change its behavior is long enough to recognize the failure of that approach.

“A serious missing factor in U.S. policy towards Iran has been the lack of political support for the organized opposition”, said Secretary Pompeo.

“Under Mrs. Rajavi’s leadership, the NCRI is laying the groundwork for a free, sovereign, and democratic republic in Iran,” he added.

Enter Mike Pompeo into the breach. The MEK had already established strong relations with the US Congress and scores of parliamentarians across the EU. Former PM Harper of Canada and Foreign Ministers John Baird from Canada, Giulio Terzi from Italy, and Michèle Alliot-Marie have been frequent visitors to MEK events.

The presence of Mike Pompeo last week with Mrs. Rajavi, President-elect of the National Council of Resistance of Iran, added a new element. All the divisions and doubts were cast aside. There is only one Iranian opposition group with the resources, support, and leadership to replace the regime.

It’s a fact best demonstrated by the regime itself through several attempted terrorist attacks against the organization and its nearly obsessive focus on its activities. Hundreds or more organizing cells created by the MEK are now promoting demonstrations throughout the country. They’re creating the focused united opposition on the ground that Mike Pompeo seemed to recognize with his words last week.

Robert G. Torricelli, Democrat of New Jersey, served in the United States Senate from 1997 to 2003 and in the U.S. House of Representatives from 1983 to 1997. He worked for Vice President Walter Mondale and Gov. Brendan Byrne.