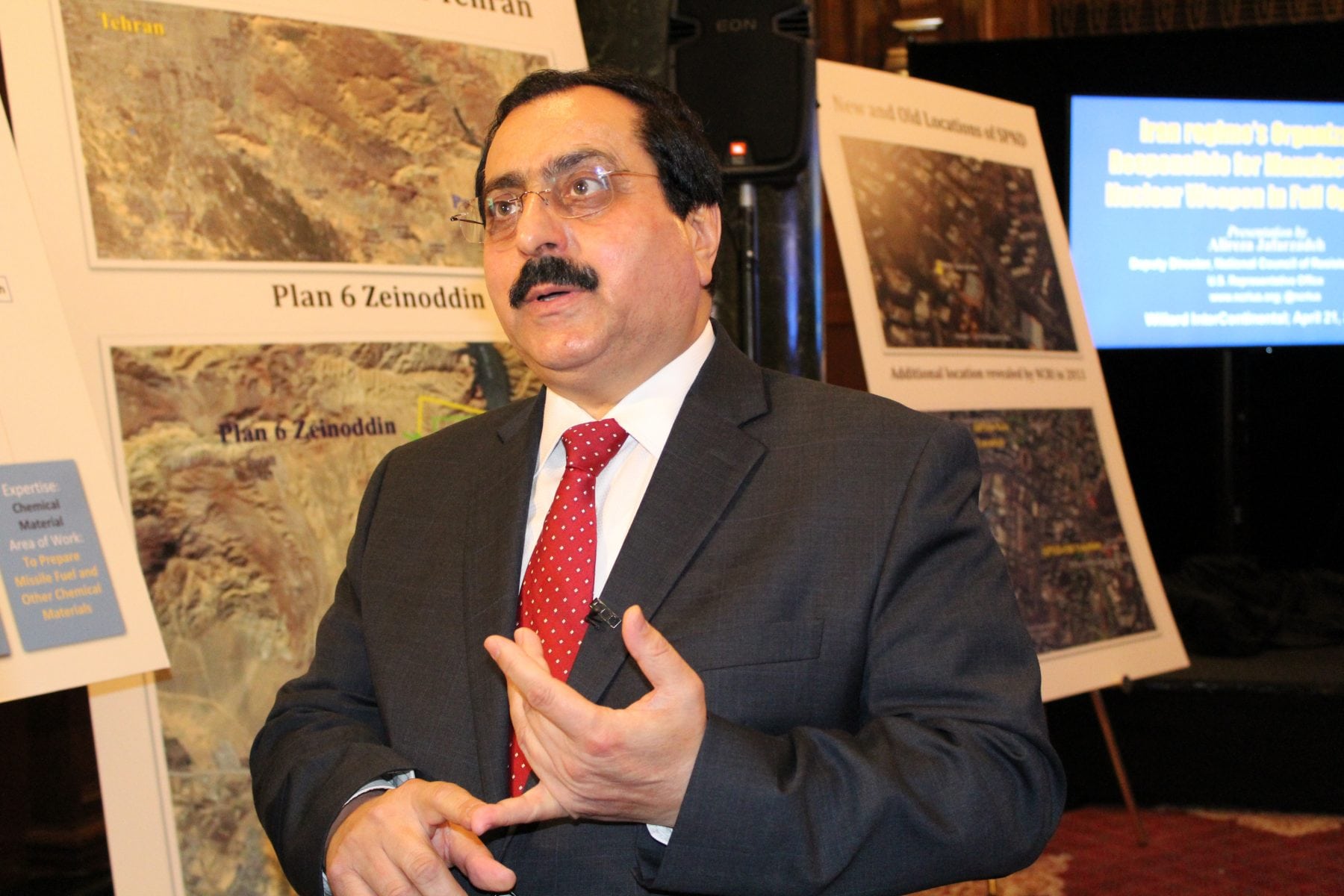 LISTEN TO THE INTERVIEW HERE:

Iranian ballistic missile tests are seen as blatant evidence that the regime there continues to pursue nuclear weapons and the Iranian resistance is now detailing the scope and aggressiveness of the missile program.

On Tuesday, the National Council of Resistance of Iran, or NCRI, unveiled new evidence to explain that far from Iran ratcheting down it’s threat to the Middle East and the world, it has been accelerating its effort ever since it became clear the West was committed to making a deal back in 2015.

“Tehran had decided (before the the nuclear deal was finalized) to step up their efforts on the missile side of their rogue behavior, namely expanding both the production of the missiles but their readiness to deploy them and make them operational,” said Alireza Jafarzadeh, deputy director of the NCRI’s U.S. office.

Jafarzadeh says the Islamic Revolutionary Guard Corps, or IRGC, is taking a bigger role in the missile program through the Aerospace Force.

“It used to be called the Air Force of the IRGC, basically having helicopters control airports and all of that.  Since a few years ago, they changed the whole structure into Aerospace Force, meaning the dominance is with the missile program.  Most of their work is the expansion of the missile program,” said Jafarzadeh.

The new report, gathered through intelligence sources in Iran who are hostile to the regime, shows a vast network of facilities working on the missile program.

“We managed to identify, so far, 42 different locations around the country that are dedicated to their missile program, and they include sites that are engaged in the design, production, testing, and launching their missiles,” said Jafarzadeh.

The 2015 Iran nuclear deal did not force Iran to make any concessions with respect to ballistic missiles, but Jafarzadeh says the current efforts do violate United Nations Security Council resolutions against Iran missile development.

He also asserts that the revelations expose violations of the nuclear deal since many of the ballistic missiles only serve one purpose – to carry nuclear warheads.

“One of the troubling things we found out during our investigation was that there was a direct connection between the nuclear weapons program of Iran and their missile program.  These are not two separate entities,” said Jafarzadeh.

Jafarzadeh says one of the bases on the list, Semnan, is a smoking gun of collaboration between the nuclear weapons program and the advancement of missile capability.  He says the agency tasked with weaponizing nukes, STND, is joined at the hip with the missile program at Semnan.

“We found out that every week there is a high-level delegation from STND going from Tehran to Semnan, doing some activities and coming back.  So that’s a very troubling thing,” he said.

He also says the new intelligence sheds even more light on just how cozy Iran is with North Korea.

“The other element we found out was the extensive connection and collaboration between North Korea and Iran on their missile programs, to the extent that North Korean experts, when they travel to Iran to help the missile program, they stay at the private residence area that the regime has allocated for the North Koreans.  They don’t check into some hotel,” said Jafarzadeh.

“Vice versa, the Iranian missile experts travel to North Korea and spend time and exchange ideas and views and expertise,” he added.

The locations of these missile bases are also very suspicious, according to Jafarzadeh.

“That makes the Iran regime much more accessible to the Persian Gulf countries, making very clear the objective of their entire missile program.  It’s not for defensive purposes.  This is meant to intimidate.  This is meant to dominate,” he said.

“And most importantly, on top of all of these things, it is meant to give the Iranian regime the ability to build the bomb and to be able to carry it.  That is to say building a nuclear warhead.  That is their ultimate objective,” said Jafarzadeh.