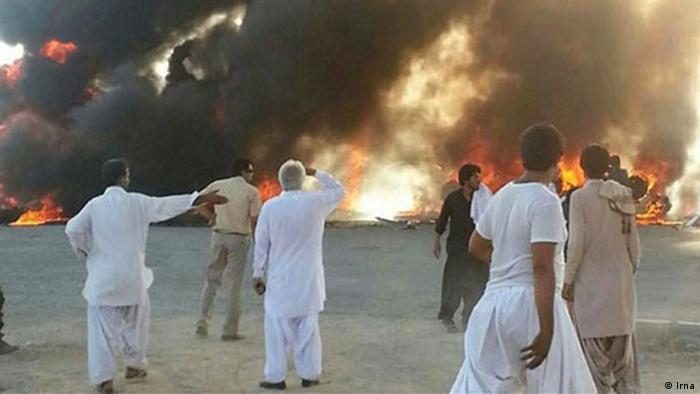 In late February, major protests broke out against the ruling regime in Iran’s Sistan-Baluchistan province. The protests erupted in the midst of the coronavirus pandemic and demonstrated the society’s simmering discontent about the status quo. In recent months, retirees, nurses, laborers, and many other social sectors have constantly risen up to protest against the dire circumstances in Iran.

The immediate cause of the protests in Sistan-Baluchistan was the killing of at least ten impoverished fuel porters by the Iranian regime’s Islamic Revolutionary Guard Corps (IRGC). However, the demonstrations bore the hallmarks of other anti-regime demonstrations, with protesters calling for the mullahs’ overthrow.

These protests were not unique and are linked with the broader picture. Like many other areas in Iran, Sistan-Baluchistan is severely impoverished. Ethnic and religious minorities suffer from a gruelling intersection of double discrimination. The situation in this province is a function of the regime’s overall domestic and foreign policies, which have been detrimental to average Iranians. The dire economic circumstances compounded by the regime’s unbridled corruption, disastrous economic and domestic policies, and brutal oppression, have put more uprisings and popular protests on the horizon, spelling additional domestic threats for the theocratic rulers in the days and months to come.

Much like the November 2019 protests nationwide, when the regime killed 1,500 demonstrators, during the Sistan-Baluchistan protests, angry locals stormed IRGC bases and the governor’s office. Dozens of people were killed and more wounded, drawing condemnations from the United Nations and international human rights organizations like Amnesty International. The regime also cut access to the internet in the area to more freely suppress the population. Also similar to November 2019, the protests appeared to have a pronounced organized dimension, which the regime blamed on the main opposition for leading and strengthening them.

The situation of ethnic and religious minorities is a microcosm of the disastrous circumstances in Iran writ large. The Sistan-Baluchistan protests put on display once again both Iranian society’s explosive state and also the regime’s growing weakness and trepidation in the face of mounting domestic threats…