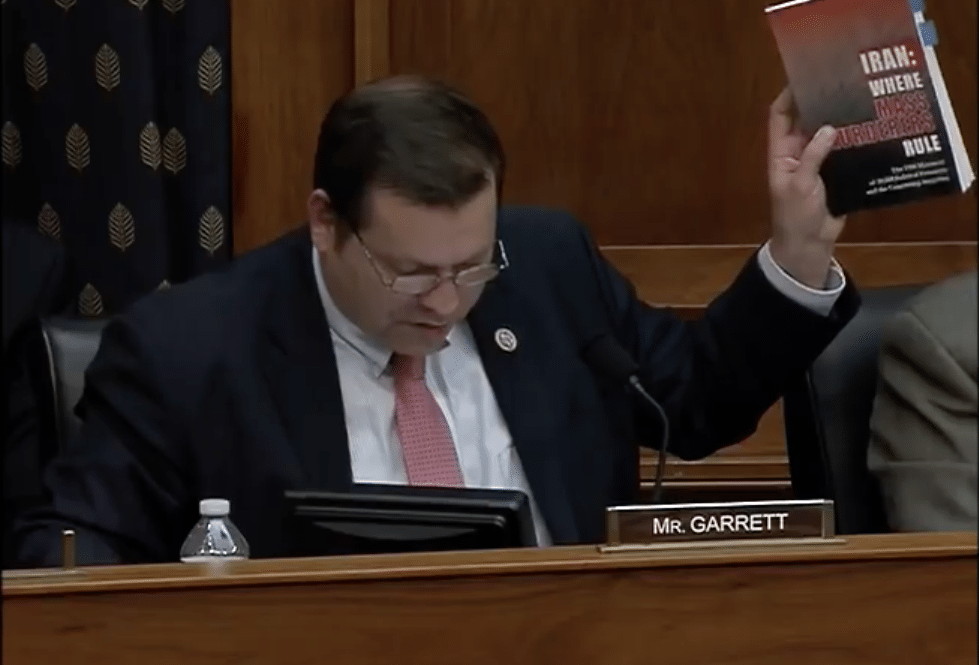 WASHINGTON – During a House Foreign Affairs Committee hearing, Representative Tom Garrett of Virginia decried the atrocities committed by the current Iranian regime, whose creation he described as leading to “bloodshed on a scale not seen in that region for years.” Raising the recently released NCRI-US book, Iran: Where Mass Murderers Rule, Garrett spoke on the 1988 massacre of political prisoners ordered by Ayatollah Khomeini. Denouncing the Iranian regime’s violent version of Islamic extremism, he declared: “I will decry and condemn radical Islam vehemently and full throatily as should everyone here condemn any practitioner of… any other faith that intends to impose upon others against their natural law right to determine for themselves how they choose to worship or if they choose to worship.” He emphasized that any radicalization of a religion that promotes intolerance should be vehemently opposed not only by the United States, but internationally as well.

Iran: Where Mass Murderers Rule is the latest book released by the NCRI-US office. It focuses on the 1988 massacre during which in a matter of months the Iranian regime systematically executed 30,000 political prisoners, mainly members of the main opposition movement, the People’s Mojahedin (MEK). The perpetrators of that massacre are currently in key positions of power in Iran, including the Justice Minister in Hassan Rouhani’s cabinet. For more information regarding the 1988 massacre, please explore the NCRI-US website.

Panel Remembering the Past and Moving Forward: The 1988 Iran Massacre
Comment
The Christmas and New Year 2018 Message of Maryam Rajavi