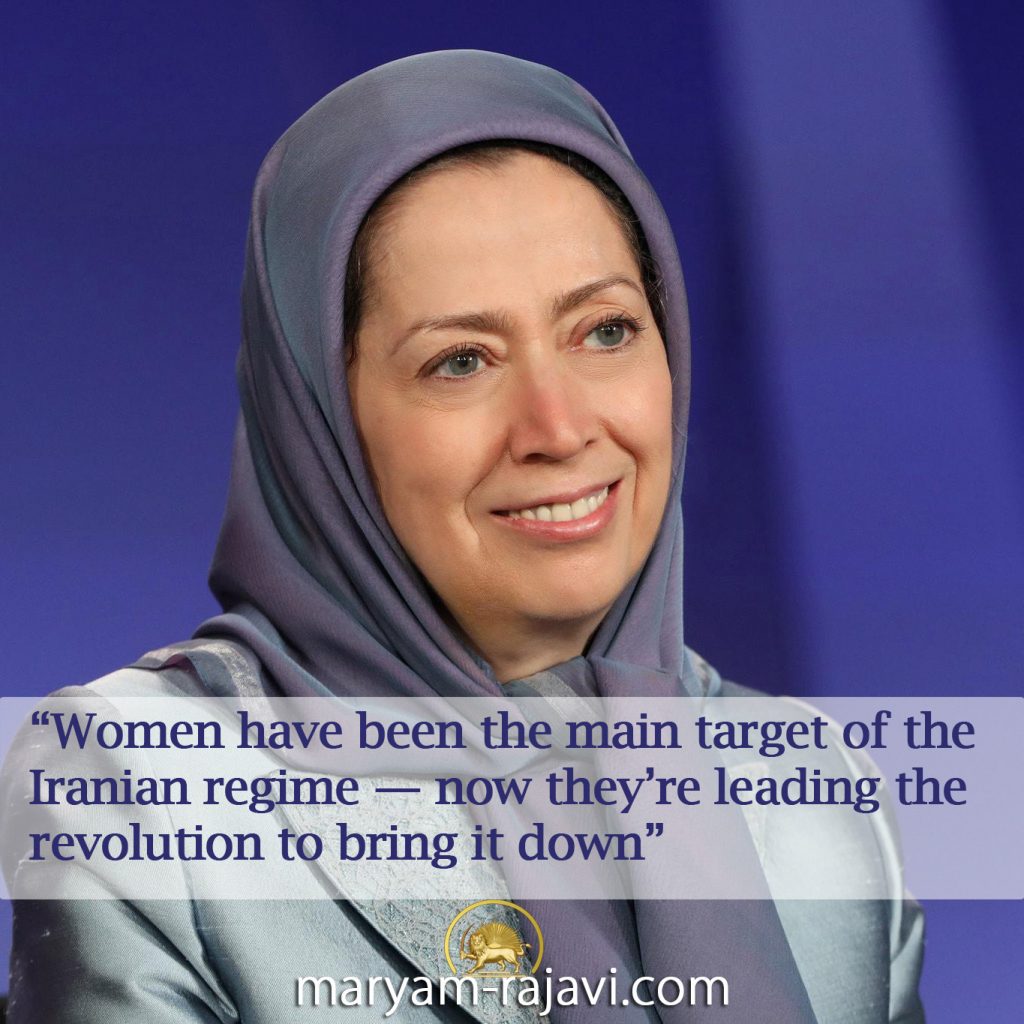 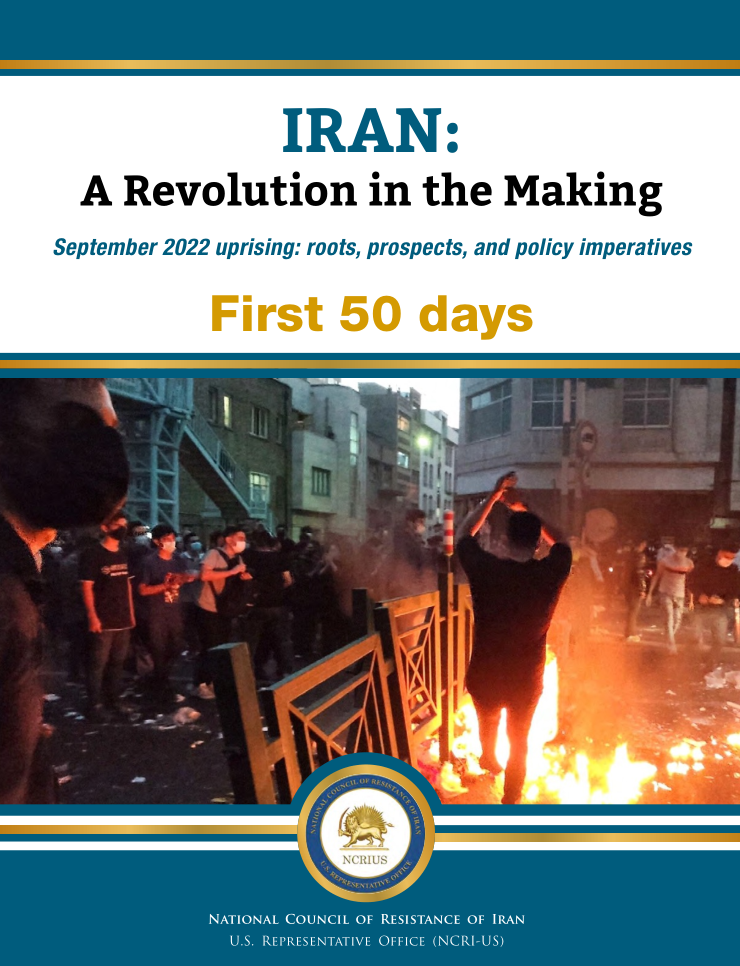 Iran: A Revolution in the Making 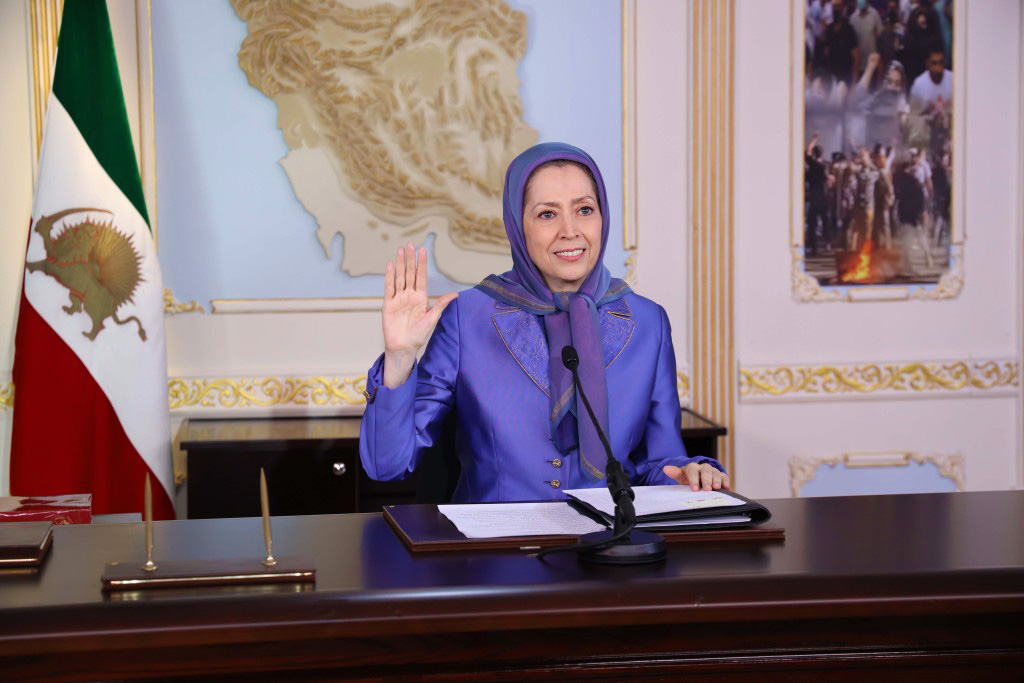 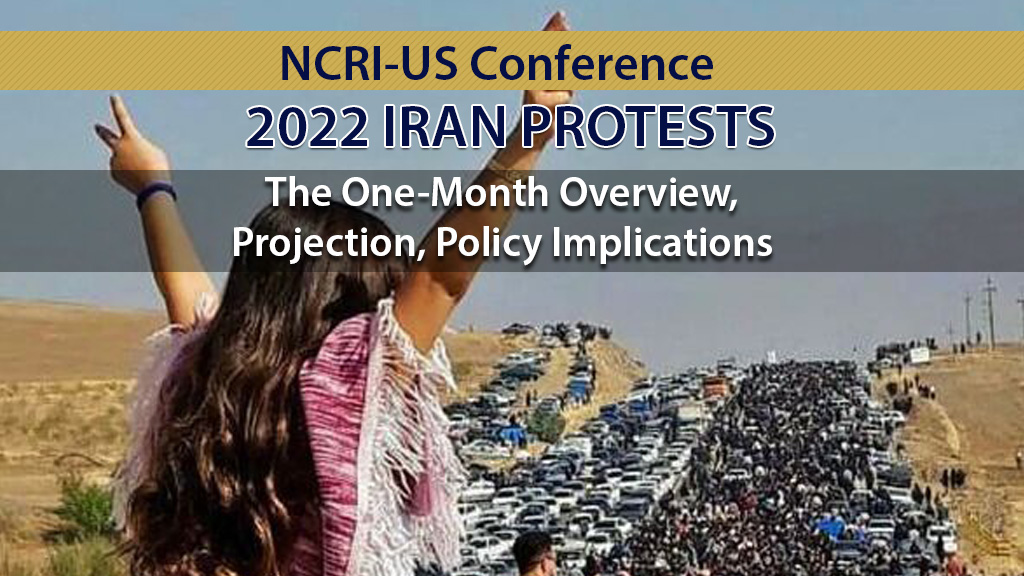 Federal Complaint Against Ebrahim Raisi for Role in 1988 Massacre 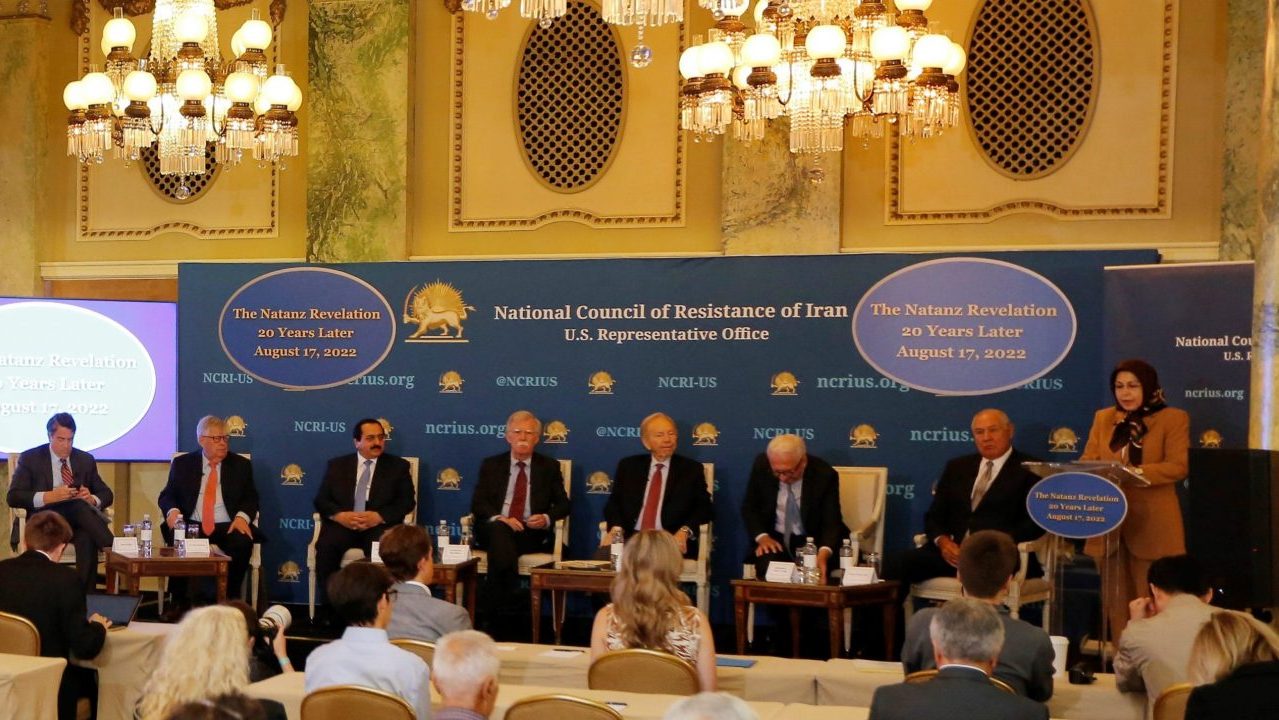 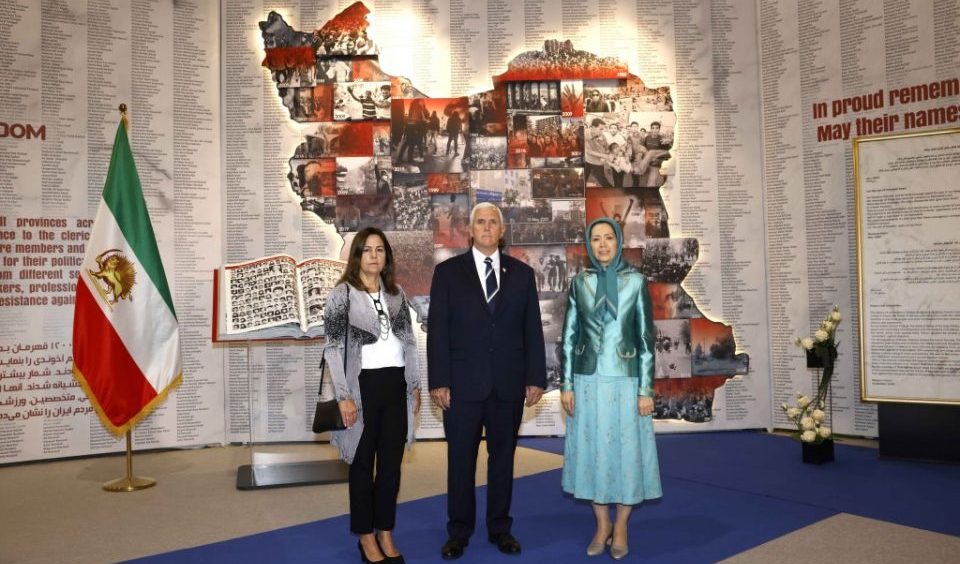 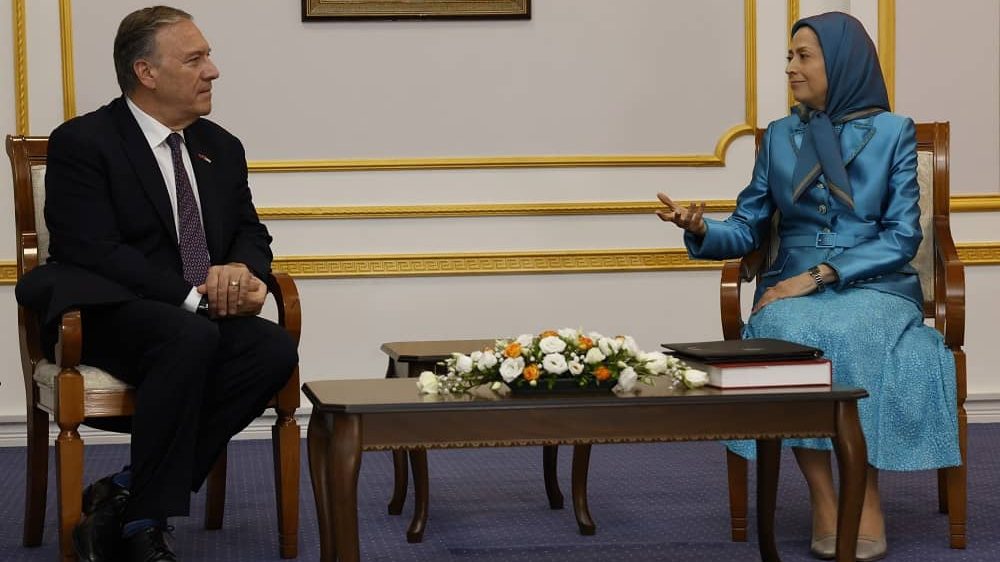 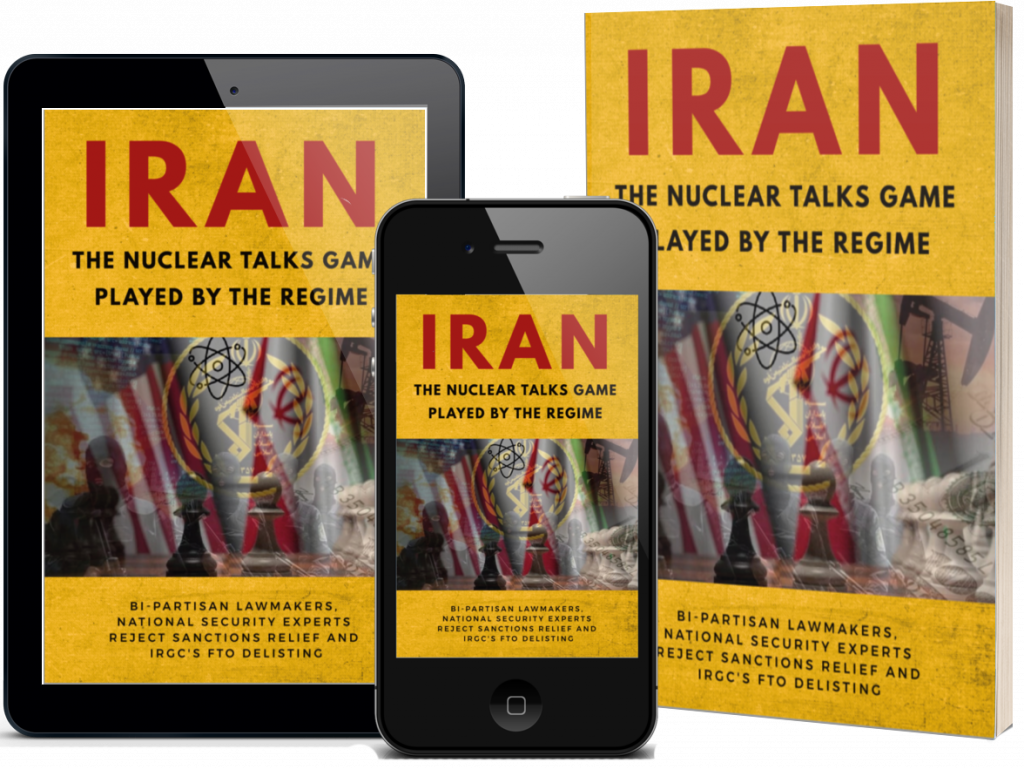 IRAN: The Nuclear Talks Game Played by the Regime

The U.S. Representative Office of the National Council of Resistance of Iran (NCRI-US), released its new publication, entitled ‘IRAN: The Nuclear Talks Game Played by the Regime’ on April 7, 2022.

The report includes statements and opinions by bi-partisan lawmakers and national security experts who argue strongly against any Iran sanctions relief and IRGC’s FTO delisting. 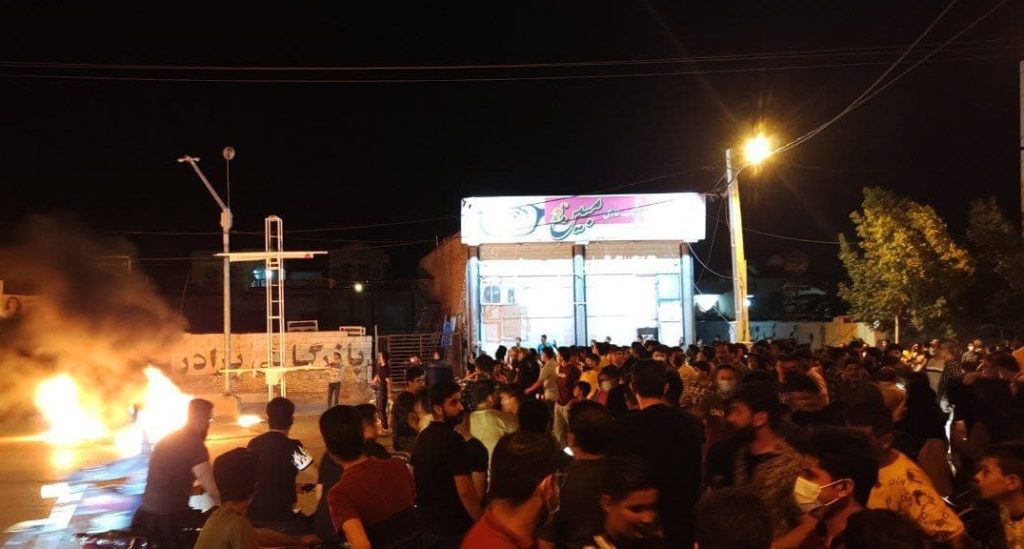 Policy Figures Call for Maintaining the IRGC on the FTO List, No Sanctions Relief, and Highlight Prospects for Change in Iran 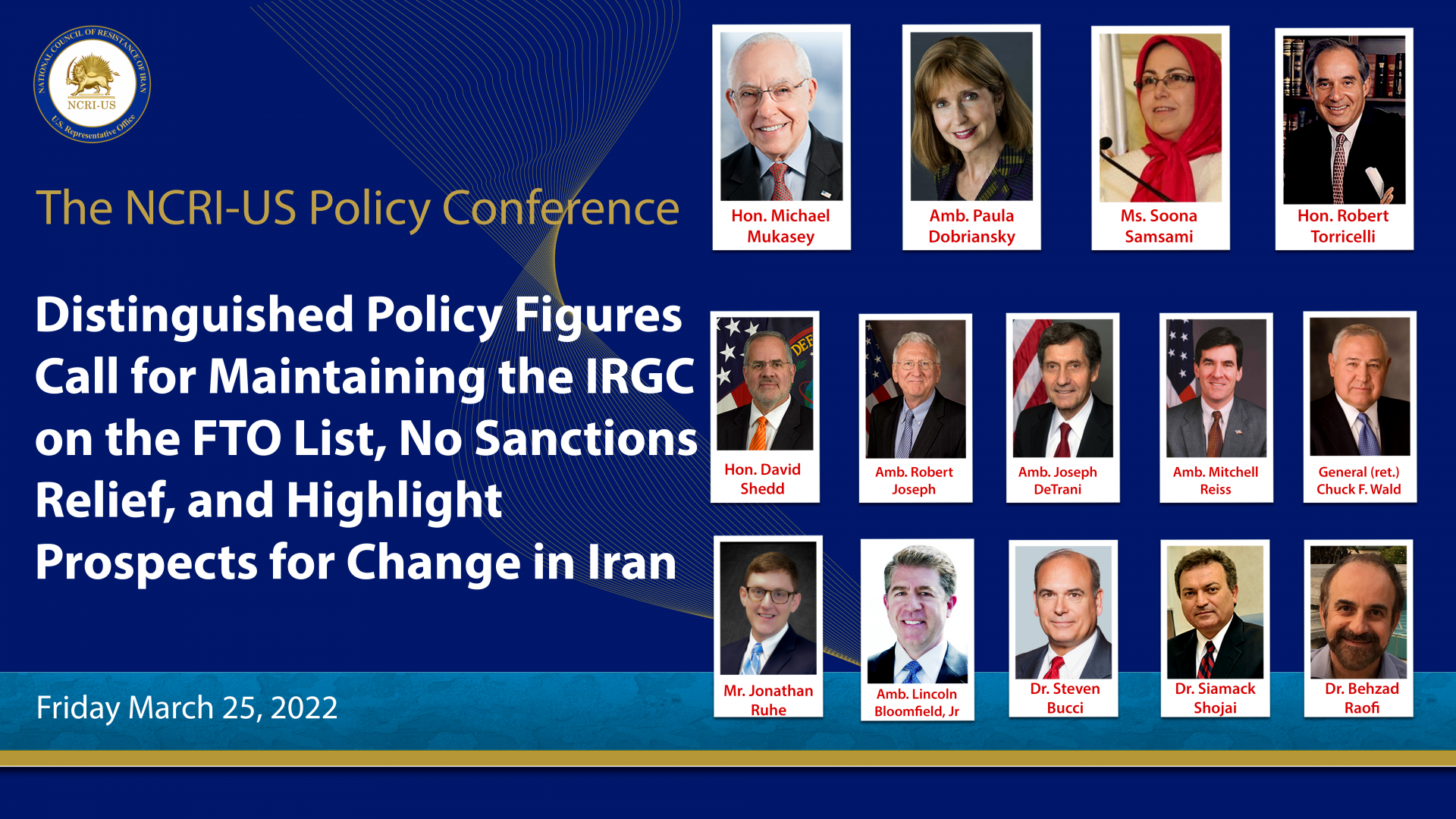 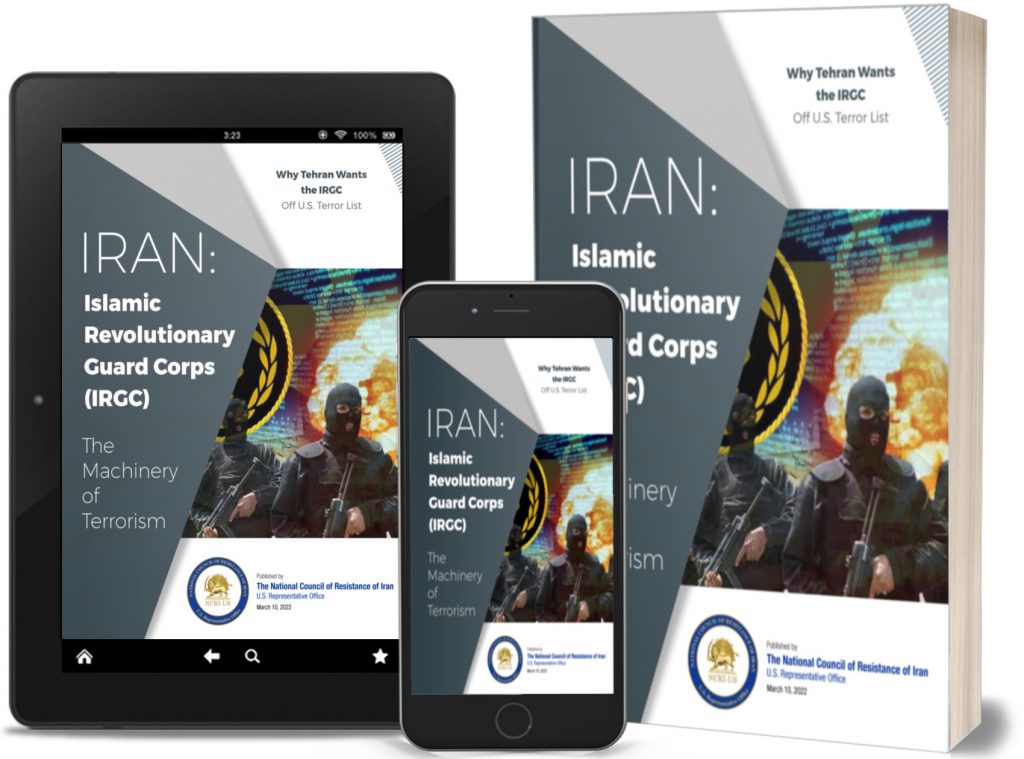 Why Tehran Wants the IRGC
Off U.S. Terror List

The U.S. Representative Office of the National Council of Resistance of Iran (NCRI-US), released its new publication, entitled ‘Iran: Islamic Revolutionary Guard Corps (IRGC), The Machinery of Terrorism – Why Tehran Wants the IRGC Off U.S. Terror List’ on March 10, 2022.

The report provides a compelling argument why the  IRGC belongs to the FTO list and why Tehran persistently demands its exclusion from it. 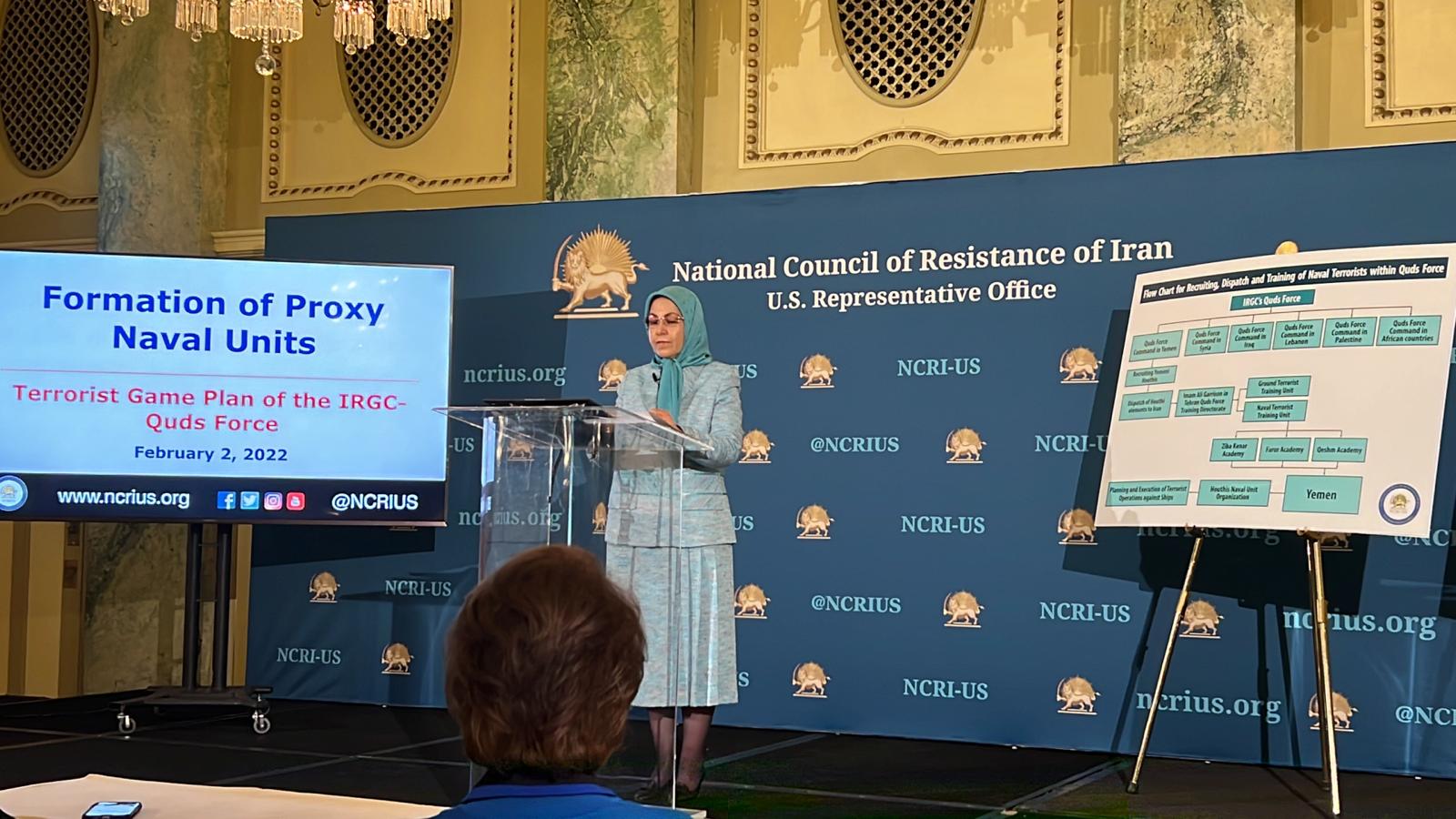 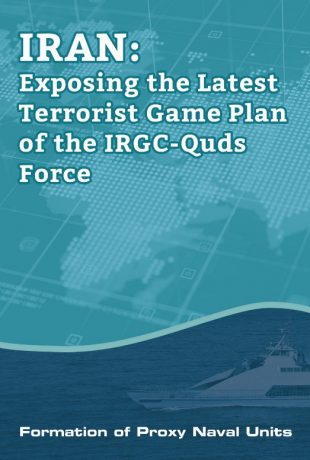 On February 28, 2022, the U.S. Representative Office of the National Council of Resistance of Iran (NCRI-US), released its new book, entitled ‘IRAN – Exposing the Latest Terrorist Game Plan of the IRGC-Quds Force: Formation of Proxy Naval Units.’

The book, for the first time, unveils details of how Iran’s Islamic Revolutionary Guard Corps’ Quds Force (IRGC-QF) has been recruiting mercenaries for newly created, armed, and trained terrorist units to attack ships and maritime targets in the region. The IRGC-QF is the IRGC’s extraterritorial arm. The book’s executive summary is below.

After the elimination of Qassem Soleimani in January 2020, which weakened the Quds Force’s ability to directly encroach in the countries of the region, the IRGC’s capacity to intrude in Iraq, Lebanon and Syria has been on the decline. To compensate for this failure, the IRGC has turned to intervention in Yemen, especially escalating naval terrorist activities and threatening the international shipping on its shores. 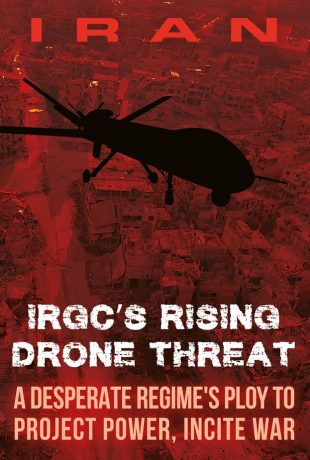 The new book published by the Washington office of the National Council of Resistance of Iran (NCRI-US) offers a review of the most important organs of production, use and export of UAVs by the regime, and in particular the Islamic Revolutionary Guard Corps (IRGC). The clerical regime has resorted to the production of weapons and equipment that can be used for terrorist and war-mongering activities intended to advance its policy of creating crises and fueling terrorism. One such weapon, in the production and export of which the regime has invested heavily in recent years, is a variety of drones, or unmanned aerial vehicles (UAVs).

The findings make clear that the reason for the IRGC’s focus on the production and use of drones lies in the fundamental military weaknesses of the regime when it comes to modern warfare. On the other hand, the IRGC has used drones, much like its missile program, as an instrument to instigate conflict and terrorism in the region in order to keep the clerical dictatorship in power. 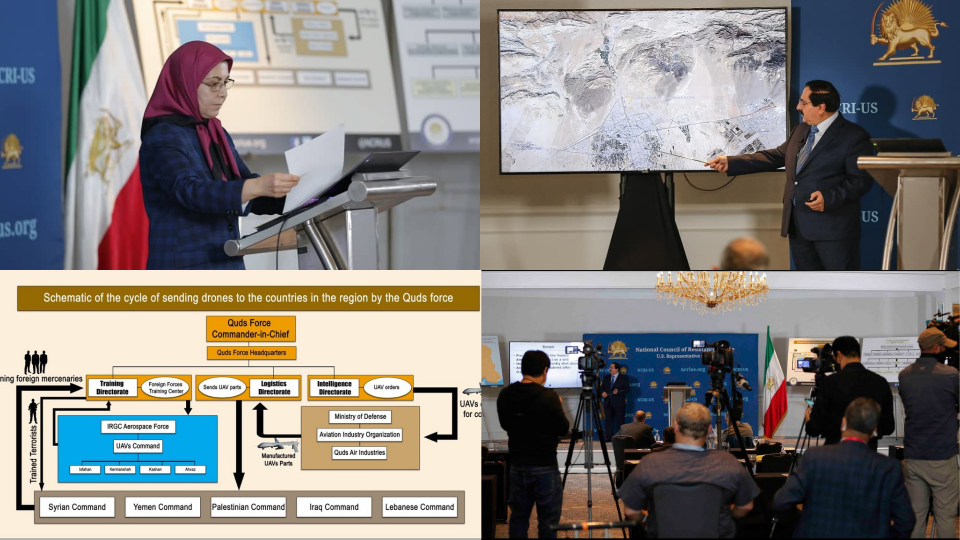 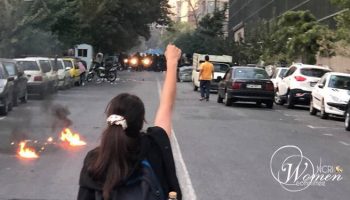 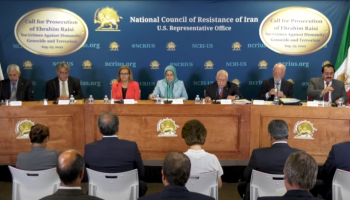 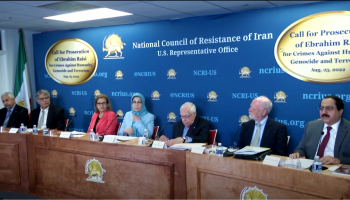 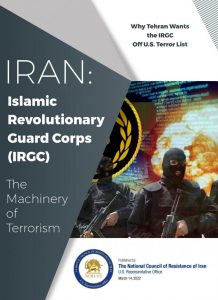 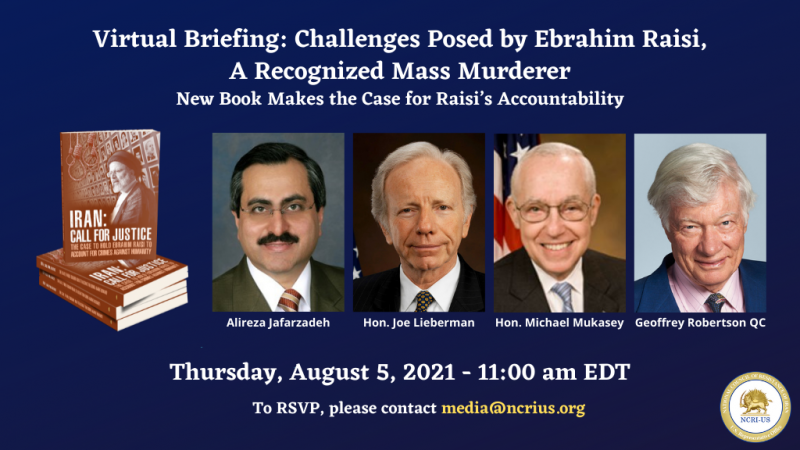 The new SPND site, shown with a circle. To the south is Khojir site and to the north is the headquarters of Aerospace Organization and Mahallati site.

“The resolution, which has 221 lawmakers backing it, offers support for National Council of Resistance of Iran (NCRI) leader Maryam Rajavi’s 10-point plan for a future Iran.”  — Fox News