MENUMENU
Articles > Panel Remembering the Past and Moving Forward: The 1988 Iran Massacre

Panel Remembering the Past and Moving Forward: The 1988 Iran Massacre 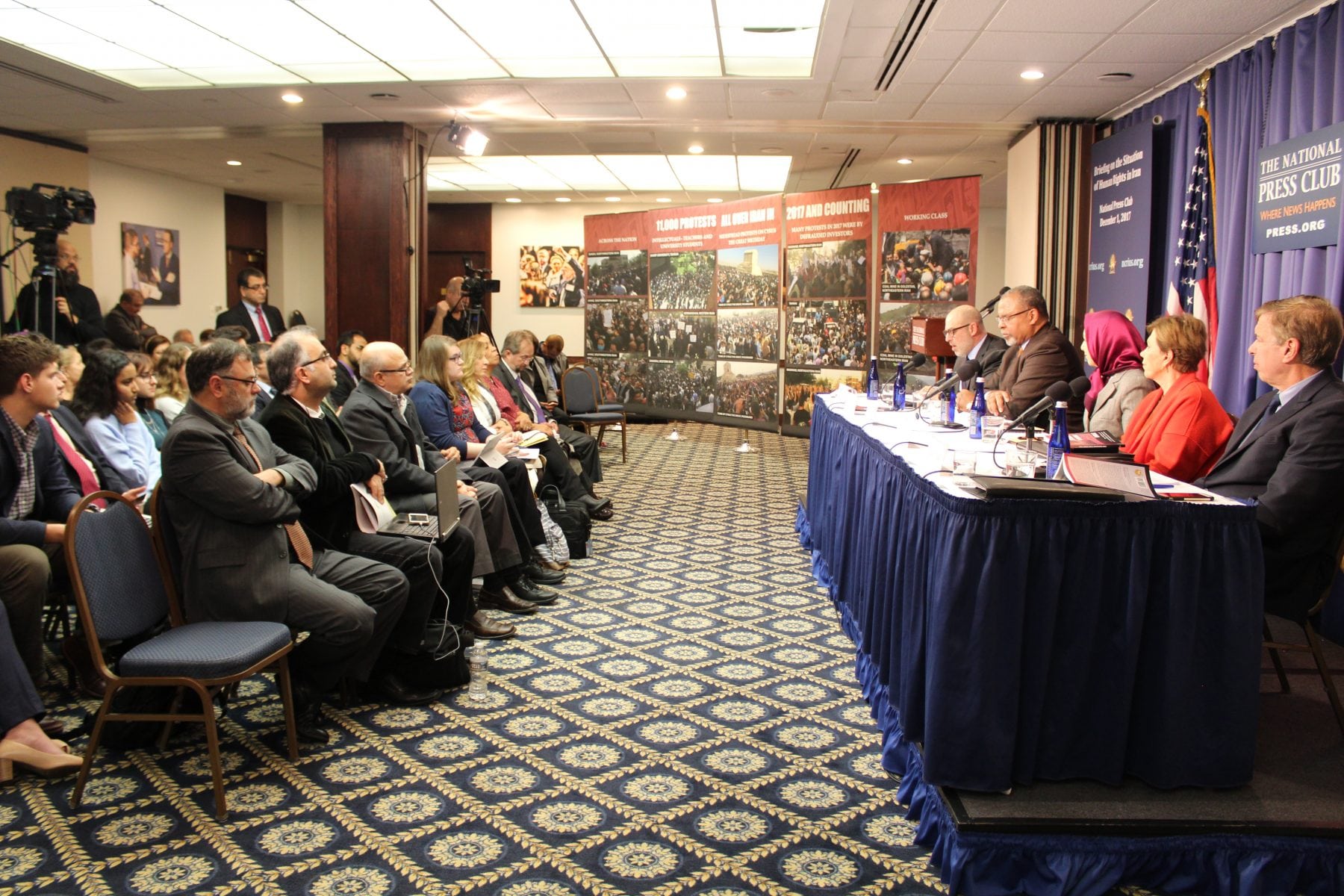 On December 1, 2017, the National Council of Resistance of Iran’s DC office (NCRIUS) hosted an event that reminded viewers of the past and urged them to act in the present. This event was a panel discussion for the new book: Iran: Where Mass Murderers Rule. The panel included the following people: Ambassador Kenneth Blackwell, Lind Chavez, Ambassador Marc Ginsberg, Soona Samsami, and moderated by Ambassador Adam Ereli. This distinguished team was interesting to watch because in this increasing climate of political polarization in the United States, there was bipartisan support for how to deal with Iran’s current regime. Iran’s 1988 massacre of over thirty thousand political prisoners is a prime example that demonstrates how something that happened almost thirty years ago can still be prevalent today, because the same perpetrators are still in power in Iran. NCRIUS’ book is a great starting point to begin learning about the 1988 event.

Thirty thousand is no small number. Often times when people look at large numbers they have a hard time digesting the difference between such vast statistics; yet the death of thirty thousand political prisoners is a very significant matter. That is the size of a small city being wiped away. The panel’s purpose, which encompasses the existence of the National Council of Resistance of Iran as a whole, is to shed light on Iran’s past and present political issues. In doing so, NCRIUS strives to portray the importance of history and the reverberating effects that history can have on the lives of those who came decades after. That is why these books are published and made accessible to those who want to learn more and play a role in shaping the future.

Learning about Iran’s political climate and the 1988 Massacre is only the first step in dealing with this issue. Iran’s political leaders need to be held accountable on behalf of everyone, and that includes the people of Iran as well as international governments and organizations. A crime against humanity affects the lives of every citizen in the world. Progress is slowly being made and yet the Iranian people still suffer under an oppressive regime. This calls for action. Strongly condemning the regime is a sound next step. The NCRIUS states, “it is high time that the call for justice in Iran be answered with tangible international force” (Iran: Where Mass Murderers Rule, 112). The Iranian regime needs to be held accountable for all of its crimes, whether those crimes were committed in 1988 or today. If the killings in Iran are ever going to stop, the international community, including the United Nations, needs to fulfill its responsibility to help bring peace and justice to the country. Iran: Where Mass Murderers Rule is a reminder of a painful and dark period in history, but also serves as a guide for the future. Now is the time to take steps towards providing millions of Iranians with justice as well as helping propel action for a more peaceful society. Millions of Iranian people, as we speak, are calling for change and are seeking a representative government; the United States should stand on their side and recognize their right to turn Iran into a secular, democratic, and non-nuclear republic.