Pathetic Whimper of a Moribund Regime 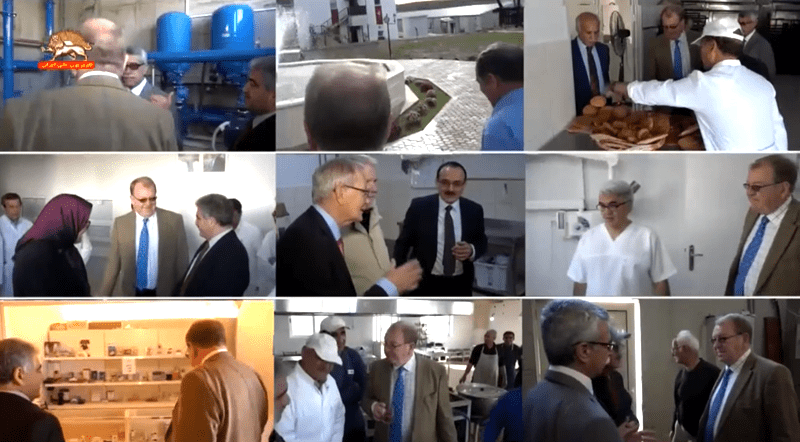 Early November, a group of high-ranking European dignitaries visited, the new home to the members of the People’s Mojahedin Organization of Iran (PMOI), also known as the Mujahedin-e Khalq (MEK), near Tirana, Albania.

The delegation, which included current and former members of the European Parliament as well as various other European politicians and human rights activists, such as the former president of the German Bundestag, Mrs. Rita Süssmuth, and Martin Patzelt, a senior member of the Bundestag Human Rights Committee, made a three-day visit.

Also a visitor, former MEP for Scotland Struan Stevenson was notably impressed with the MEK’s new home. “What we saw was a remarkable transformation… in only 12 months, these hard-working and resilient freedom fighters have constructed a small city, with shops, clinics, sports facilities, kitchens, bakeries, dormitory blocks, meeting halls, offices and studios,” he said. Rita Süssmuth echoed the same sentiment, saying of the exiles, “Their joy of life testifies to a culture and optimism that many people have lost… I admire you deeply, because you repeatedly rebuild from rubble.”

However, while the newly-constructed home has provided the residents with the opportunity to enjoy the freedoms and the pro-democracy advocacy they were denied by the Iraqi government while in Camp Liberty, it has also caused increased consternation for the mullahs of Iran who view the MEK as an existential threat. This is particularly the case because Tehran’s all-out effort to physically destroy the MEK in Iraq failed miserably.

As a result, there have been several attempts by the regime to target the MEK in Albania, by engaging in a demonization campaign and resorting to terrorist plots. Last March, two regime intelligence agents, who had entered the country disguised as reporters, conspired to detonate a truck bomb near a hall where a Persian New Year celebration was taking place. Their plan was thwarted when Albanian police arrested the agents.

Meanwhile, a recent investigation by Reuters news agency revealed that the regime has intensified its misinformation campaign and influence operations abroad through the use of fake news and cyber warfare. As the report makes clear, Tehran operates a vast network of internet websites, which market themselves as non-partisan news organizations based outside Iran. In reality, however, they are all owned and operated by Iranian intelligence, which uses them to plant fake stories in an attempt to discredit the opposition, primarily the MEK and its leadership, and to portray the false narrative of regime stability and strength.

The websites cover a broad range of countries, from the United States to Indonesia. But they are all singularly focused on waging unrelenting, ad hominem attacks on the MEK.  While the regime has used disinformation to target its political enemies in the past, its resort to this campaign has increased dramatically in recent years through the use of the internet and social media. In addition to disseminating fake news stories, the regime has now the ability to proliferate their exposure by spreading them over social media using fake accounts, occasionally causing a lie to be accepted as a fact by the mainstream discourse.

The mullahs’ clumsy attempt to slander the MEK has had the opposite effect, however.  If anything, it has demonstrated to Iran watchers the degree to which Tehran’s leadership fears the group. And rightfully so, considering the MEK’s increasing influence and appeal among Iranians, especially the younger generation.  For the millions of Iranians who yearn a better future for themselves and their children, MEK’s new home, called Ashraf 3, serves as a shining city on a hill, as a symbol of perseverance, dedication, and resolve.