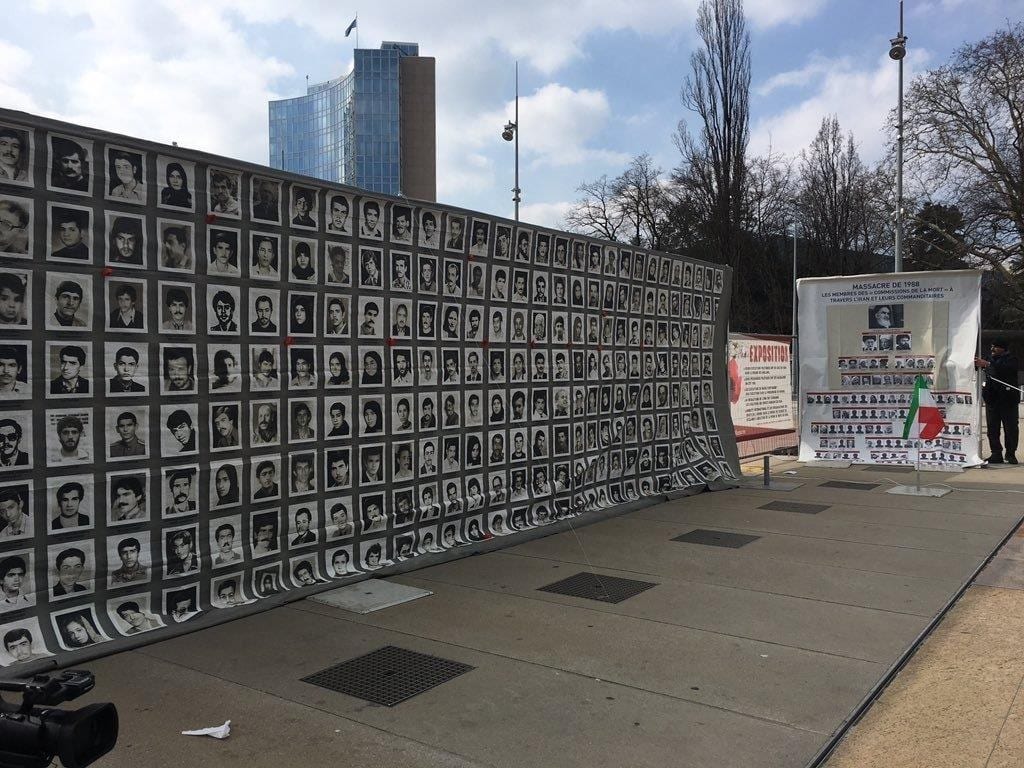 The Iranian regime’s refusal to come clean about the secret executions of thousands of dissidents 30 years ago amounts to an ongoing crime against humanity, a global human rights group says in a new report.

“The fact that to this day the Iranian authorities refuse to acknowledge the mass killings, tell relatives when, how, and why their loved ones were killed and identify and return their bodies, means that the enforced disappearances are continuing today,” said Amnesty International’s Mideast and Africa research and advocacy director, Philip Luther.

“Until Iran’s authorities come clean and publicly reveal the fate and whereabouts of the victims, these crimes against humanity are ongoing,” he said.

Amnesty says the United Nations should launch an inquiry into the disappearances and killings.

Many of the prisoners executed on the orders of so-called “death commissions,” tasked to carry out a secret fatwa by then-supreme leader Ayatollah Ruhollah Khomeini, were supporters of the National Council of Resistance of Iran (NCRI)/Mujahideen-e Khalq (MEK) opposition group.

The NCRI has for years been calling for the names and burial places of the victims to be revealed, and for those responsible to be brought to justice.

According to published accounts, over the summer of 1988 prisoners were questioned about their political and religious position, along with their willingness to disavow their views and inform on other dissidents.

The ensuing extrajudicial executions were mostly by hanging or firing squad, with bodies buried in unmarked graves.

Amnesty says 5,000 political prisoners were killed in the summer and fall of 1988, but Ali Safavi, a U.S.-based NCRI official, said Thursday “the actual number based on testimonies by survivors and families is closer to 30,000. A vast majority were from the MEK.”

The new report, based on family testimonies, historical documents and archives, says the executions took place in at least 32 locations across the country, with prisons placed on lock-down and family visits suspended.

“Over the following weeks at least 5,000 political dissidents were extrajudicially executed in a coordinated effort to eliminate political opposition.”

The report says some alleged members of the “death commissions” still have positions of authority in the regime.

Among them are President Hassan Rouhani’s justice minister, Alireza Avaei, who earlier this year was sent to address the U.N. Human Rights Council in Geneva, sparking strong criticism because of his alleged links to the 1988 atrocities.

Others include Rouhani’s first-term justice minister, Mostafa Pourmohammadi; Hossein-Ali Nayyeri, a judge who today heads a supreme disciplinary court for judges; and Ebrahim Raeesi, Iran’s prosecutor general until 2016, when he was appointed custodian of a prominent Iranian endowment.

In 2016, an audio recording emerged of a 1988 meeting between “death commission” members and a senior Shi’ite cleric, Grand Ayatollah Hossein Ali Montazeri, who was heard warning that the mass executions without trial would bring international condemnation and the judgment of history. He called the killings “the biggest crime in the history of the Islamic Republic.”

Pourmohammadi, Nayyeri and Raeesi were all reportedly at the meeting featured on the audio clip.

(Montazeri had been in line to succeed Khomeini, but his defiance of the regime led to his expulsion and years of house arrest. He died in 2009.)

Amnesty noted that although concerns about the mass killings were raised by a U.N. special representative shortly afterwards, the U.N. Commission of Human Rights – the HRC’s predecessor – failed to investigate or condemn the killings.

The U.N. General Assembly in a Dec. 1988 resolution did refer to reports of “a renewed wave of executions in the period July-September 1988 whereby a large number of persons died because of their political convictions.”

But by a year later, the assembly’s resolution on human rights in Iran had dropped the matter altogether.

The NCRI’s Safavi said Thursday it would likely take “a major public pressure campaign, perhaps a strong push at the U.N. by the United States to call on the U.N. secretary-general to initiate an independent inquiry into the massacre.”

The regime’s handling of dissent hits close to home for Safavi, whose older brother Hossein, a U.S.-educated aerospace engineer, was executed soon after the Islamic revolution.

Safavi said his brother, who became an MEK sympathizer while studying in California, returned to Iran shortly before the overthrow of the Shah, and after the revolution wrote for media outlets “about his belief in a free and democratic Iran.”

“He also wrote about Khomeini’s betrayal of the Iranian people and the ideals of the revolution,” he said.

Hossein Safavi was arrested in July 1981, charged with being affiliated with the MEK, and executed that September, aged 29.

“His profound belief in the ideal of freedom, his love of the Iranian people and his determination and ultimate sacrifice was, is, and will be the source of inspiration for me, as we endeavor to overthrow this medieval regime and replace it with a republic, founded on freedom, democracy, peace and friendship,” Safavi said.

“With the protests and strikes we are seeing in the streets of virtually every city in Iran today, it is clear that his sacrifice and that of tens of thousands of other MEK sympathizers and activists have not been in vain,” he continued.

“Their sacrifice has kept ablaze the flames of resistance, embodied in the new generation of Iranians who are determined to close the darkest chapter in the history of our great nation.”

The NCRI/MEK was designated by the U.S. government as a foreign terrorist organization until its delisting in 2012. It enjoys support from some prominent Americans, including National Security Advisor John Bolton, former U.S. House Speaker Newt Gingrich and former New York City Mayor Rudy Giuliani.

Last July its annual “Free Iran” rally in Paris was the target of a foiled regime bombing plot.