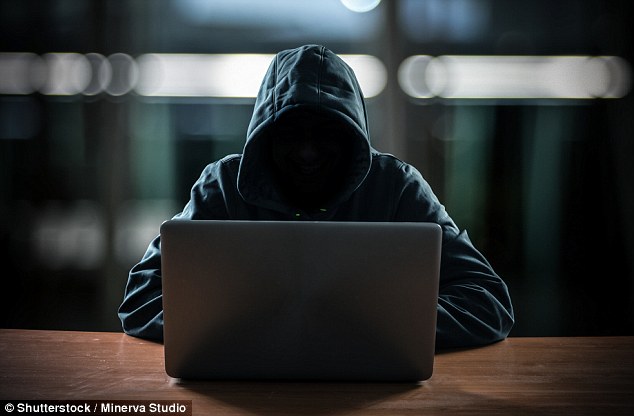 Dr. Ivan Sascha Sheehan is Executive Director of the School of Public & International Affairs at the University of Baltimore and an expert on terrorism, counter-terrorism, and Iran.  He tweets @ProfSheehan.

For decades, Tehran’s theocratic rulers have gone to great lengths to make inroads in Western media outlets once notable for upholding commitments to journalistic independence.

These efforts have been so successful that many such organizations are now threatened from within by assets – often disguised as journalists – portraying Iran as the victim of US-led interference and even a looming war. These instruments of propaganda are used to demonize the regime’s opponents at key moments and stave off basic freedoms that would cause the regime to collapse like a house of cards.

Many of these so-called journalists of Iranian origin previously worked for Iran’s state-controlled media, and some parrot the regime’s talking points as if they are still on the payroll.

Most have found comfortable homes in left-leaning media outlets in the West, including MSNBC, Al-Jazeera English, Britain’s Channel 4 News, The Guardian, and The Independent, where they freely leverage their bylines to do Tehran’s bidding with little pushback.

Here’s how they do it.

In recent years, the regime has handpicked certain news organizations to advance a “controlled” media presence in Iran. Local assistants and translators for foreign journalists require permits from the Ministry of Culture and Islamic Guidance. These apprentices normally come from the Intelligence Ministry and have prior backgrounds in local state media. Over time, they help prepare reports and interview top regime officials who would normally avoid talking to the international press. As relationships develop, those who demonstrate a particular proclivity to toe the line go on to become permanent news staff and are sent abroad.

Though some of these journalists do, from time to time, reference human rights abuses in Iran, seldom – if ever – do they contradict the regime’s fundamental positions in critical areas such as the potential for regime change via domestic protests, the effect of sanctions in fueling anti-regime demonstrations, or the role of the organized opposition in advancing grassroots change.

In fact, they insist, without a shred of evidence, that sanctions will harm ordinary Iranians, not the regime; US support for protesters will rally the population behind the mullahs; and the alternative to the regime is a cult that tortures its own members and wants to install an even more ruthless dictatorship. That there is not an ounce of evidence to support these claims seems not to matter.

In recent weeks, a series of reports have been published in international media outlets demonizing Iran’s principal democratic opposition, the People’s Mojahedin Organization of Iran (PMOI or MEK). The latest report was a 6,600-word piece by Arron Reza Merat in The Guardian that accused the MEK of brainwashing members, torturing ex-members, harassing female staff, suppressing Iraqi Kurds on behalf of Saddam Hussein, and killing Iranian nuclear scientists with the help of Israel. Neither official testimony by current and former US State Department and military officials that refutes the claims nor credible assessments advanced by scholars seem sufficient to overcome the outrageous accusations.

Note that Merat, who wrote the libelous report slandering the MEK, previously served as a Tehran-based correspondent and has been known to lavishly praise the regime’s illiberal President Hassan Rouhani.

Al-Jazeera English also recently aired a program attacking MEK members living in Albania. Its producer and host, Will Yong, is half Iranian and previously served as an anchorman for Iran’s English-language state-television channel Press TV – an outlet headquartered in Tehran with close ties to the Supreme Leader Ali Khamenei.

Similar pieces targeting the MEK have appeared in other media outlets as Tehran’s agents leveraging their Western press associations and bylines attempt to persuade their cosmopolitan audiences that the regime’s opponents are worse than the regime. In reality, the MEK is Iran’s largest and best organized opposition group, and its “Resistance Units” in Iran have played a key role in organizing anti-government demonstrations. The group is part of the coalition of dissident organizations that fall under the banner of the National Council of Resistance of Iran (NCRI). That the NCRI is led by a charismatic woman, Maryam Rajavi, and is the only opposition movement with a clearly articulated 10-point plan for a free Iran particularly rankles the regime’s old guard.

To be clear, Iran’s disinformation campaign is hardly limited to the MEK. The Guardian’s Iran correspondent Saeed Kamali Dehghan, a vocal critic of President Donald Trump’s sanctions against Tehran, previously worked for the Fars News Agency, an outlet affiliated with the Revolutionary Guards. This distinction, which would obviously compromise his journalistic integrity, is notably absent in his Guardian byline. He too is deeply hostile to the MEK.

Secretary of State Mike Pompeo last week tweeted a rebuttal to an article in Newsweek claiming that newly re-imposed US sanctions would prevent ordinary Iranians from accessing basic humanitarian needs. “Shame on #FakeNewsweek” for helping Iran’s Foreign Minister Javad Zarif spread lies” his unusually sharp rebuke said. “The truth is: the U.S. does not, and never did, sanction food and medicine.”

Some gullible left-leaning news organizations may simply be naïve in reporting Tehran’s bogus claims that the US is planning yet another war in the Middle East. But decades of appeasement by prior US administrations and EU governments, each more eager than the last to paint Tehran in a positive light, have unquestionably helped Iran plant its apologists in Western newsrooms.

These pro-Iran writers and their syndicates are not ordinary journalists; they are PR agents for a regime that jails reporters, censors free media expression, and enslaves a restless nation.

Speaking up for an independent press should include exposing Tehran’s influence operations in Western media outlets and the foreign agents who traffic in disinformation.

The failure to do so threatens journalistic independence and compromises values essential to a free press.