MENUMENU
Articles > Parents of Iranian youth fallen for freedom during the uprising, echo their children’s convictions 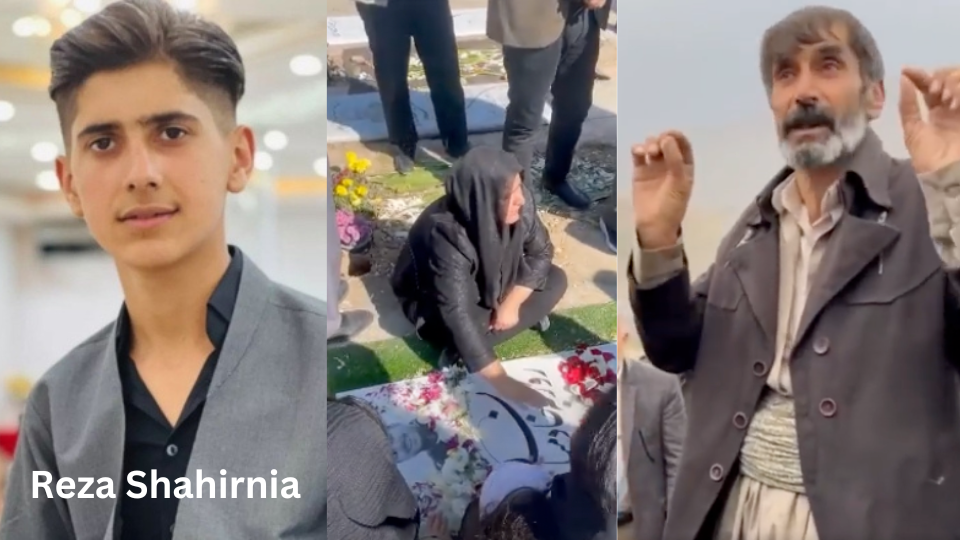 Killing the young protesters meant to crush the protests have backfired so far; instead, they are adding fuel to the fire as Iran uprising continues.

WASHIGNTON, DC, November 6, 2022 — Parents of Iranian youth spearheading the ongoing uprising against the religious dictatorship, are increasingly echoing their children’s convictions, and describing protests as a revolutionary movement.

At a 40-day commemoration ceremony on October 29, the father of one killed protester (Reza Shahirnia) told mourners that his son described Mahsa Amini’s death as an impetus for change and stated that “there will be no revolution until my blood is shed.”

Another father of a killed protester (Kumar Daroftadeh) similarly described his son as a martyr of freedom at his funeral on October 31.

The mother of another killed protester (Roozbeh Khademian) described her son as someone who gave his life to the Iranian nation at his 40-day commemoration ceremony in Karaj on November 4.

The parent of a young Iranian protester told Reuters that she felt compelled to “reclaim Iran” for her daughters and all Iranian girls in an article published on November 3.

Iranian youth and women, forming the backbone of a resistance movement to overthrow the regime, and directing protests and demonstrations, have long described protests as being a revolution and have expressed a readiness to die for their beliefs. Disenchanted youth have rejected reform as a viable option—by some reformists’ own admission— and have long stated that “Reformer, Hardliner, the game is now over”. Young, detained protesters have told security officials that they aimed to overthrow the regime, according to some accounts in state newspapers.