Iran November 2019 Uprising: One Year After 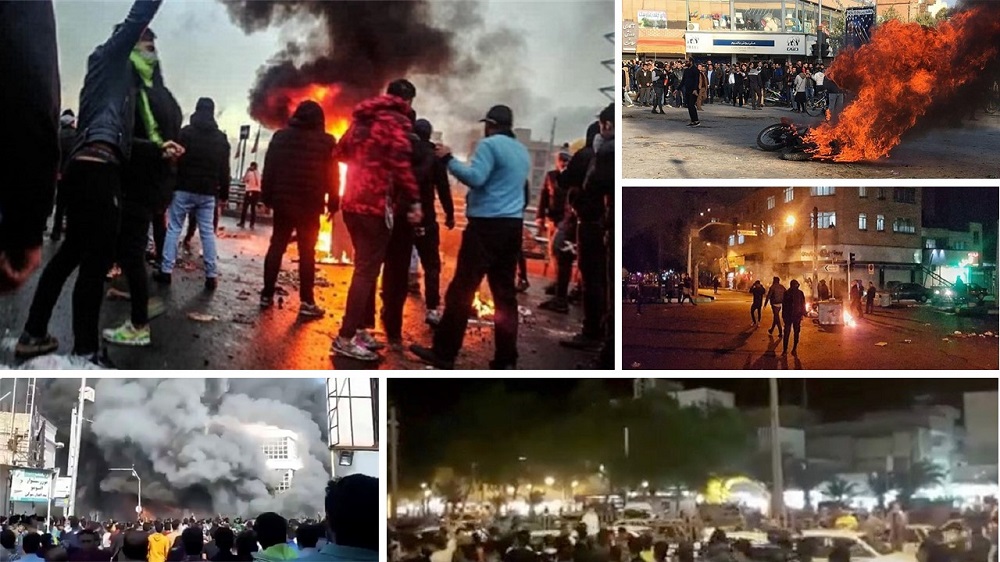 November marks the one-year anniversary of the most significant anti-regime uprising to date in Iran. On November 15, 2019, the regime announced a sharp increase in gasoline prices, adding to the already severe economic pain felt by the population. Public protests broke out the night of the announcement and quickly swept across the entire country. Fearing their regime would fall, the mullahs launched one of the most brutally repressive crackdowns in the nation’s history.

In January 2018, the regime’s Supreme Leader, Ali Khamenei, delivered a speech in which he acknowledged that an organized Resistance movement was largely responsible for the ongoing anti-government protests at the time. He and other leading regime officials have since issued a number of other warnings about the social influence of the People’s Mojahedin Organization of Iran (PMOI), also known as the Mujahedin-e Khalq (MEK). The admissions are all the more noteworthy because the regime had spent decades pursuing a demonizing disinformation campaign defined by fake news that often denied the very existence of the MEK.

Khamenei’s remarks were made necessary by the scale and demographic diversity of the “Dey protests” that began in the final days of 2017 and continued through much of the following month. There was simply no plausible explanation for such a movement that didn’t point to a central role by a highly-organized and widely-supported opposition group like the MEK.

Sporadic protests continued through much of 2019, underscoring the truth of Khamenei’s admission about the MEK’s role and the impact of NCRI President-elect Maryam Rajavi’s call for a year of protests. MEK Resistance units posted images of their president alongside slogans urging the overthrow of the entire regime. All of the protests were defined by explicit calls for the Supreme Leader’s ouster and rejection of the principle of “veleyat-e faqih,” or absolute clerical rule, upon which his position is based. The same slogans re-emerged on an even larger scale in November 2019, as public outcry over the sudden spike in gasoline prices led to simultaneous protests in roughly 200 cities and towns.

The eruption of unrest was an existential threat to the mullahs, to which they responded with some of the most vicious suppression in decades. Upon Khamenei’s direct “shoot-to-kill” order, in a matter of days mass shootings by security forces and the Revolutionary Guards (IRGC) resulted in at least 1,500 deaths. The figure, initially reported by the MEK, whose Resistance units were at the forefront of the demonstrations and clashes, was later confirmed by Reuters in a report that cited multiple anonymous sources from Iran’s Interior Ministry. This figure was later corroborated by the U.S. Government.

In September 2020, Amnesty International released a report entitled “Trampling Humanity,” in which it detailed some of the beatings, floggings, electric shocks, chemical burns, mock executions, and other instances of torture that political detainees had experienced in the aftermath of the uprising.

The November 2019 death toll and gruesome crackdown clearly signal the danger that the Iranian regime poses to its own people, especially when viewed in the context of other crimes against humanity for which that regime has yet to face serious consequences. In July 1988, when the theocratic regime also faced the existential threat of a restive populace and organized resistance, then Supreme Leader Khomeini issued a decree whereby the Iranian judiciary assembled “death commissions” in prisons throughout the country. The sole purpose of these commissions was interrogating political detainees and determining which of them remained loyal to the MEK or otherwise continued to harbor resentment toward the theocratic dictatorship. Within months, approximately 30,000 individuals were sent to the gallows, and many buried in secret mass graves.

In recent years, as the 1988 Massacre has been revealed to a broader audience, some of the perpetrators have openly defended the purge, even suggesting that it could be a model for future crackdowns, depending on factors such as the international reaction. After all, current conditions mimic those at the end of the Iran-Iraq War, insofar as the clerical regime is failing in its efforts to project an image of strength and stability, both at home and abroad. When the pandemic first reached Iran this year, the regime sought to use it to quell the unrest, much as it used the Iran-Iraq War decades ago. Additionally, regime officials have been publicly declaring that all manner of brutal treatment is justified for the MEK’s Resistance units and supporters.

The 2018 and 2019 uprisings attest to the legitimacy of the Resistance, as well as signaling that the hoped-for revolution is within reach. As much as the murderous response from the regime represents a persistent threat to ordinary Iranian lives, it also serves to highlight the extent of the regime’s anxiety and desperation, and the extent to which the mullahs feel genuinely threatened by recurring, evolving, and expanding popular uprisings led by the MEK. In fact, the most apt description of those uprisings may not be “recurring,” but rather “ongoing.” On a national scale, the November 2019 protests were a sequel to those of January 2018.

Worsening conditions inside Iran will continue to fuel unrest. Already flailing under widespread, systemic corruption, the regime is now facing public outrage over its handling of the coronavirus outbreak, that has killed at least 4-5 times the official tallies released by the regime. The economic situation continues to deteriorate, while the regime’s spending remains focused on foreign entanglements and other priorities that disregard the public welfare. And through it all, violent repression continues as the regime struggles to prevent further unrest, despite the fact that its own public commentary suggests that the regime is increasingly aware of the impossibility of that task.

One year after the game-changing November 2019 uprising, a regime-ending tsunami of protests and uprisings is on the horizon.