MENUMENU
Articles > Must deal with Iran from a position of strength and maximum sanctions, states the Heritage Foundation fellow Steven Bucci

Must deal with Iran from a position of strength and maximum sanctions, states the Heritage Foundation fellow Steven Bucci 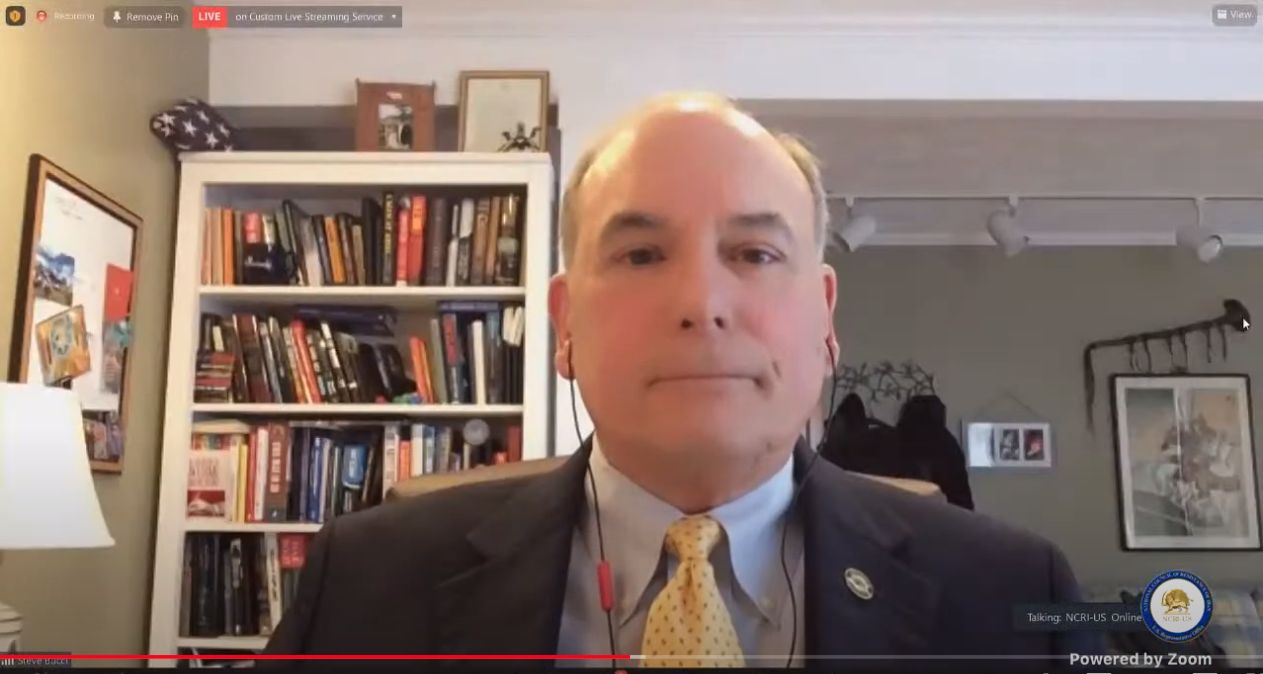 One of the conference speakers was Dr. Steven Bucci. Dr. Bucci is a visiting fellow at the Heritage Foundation.

Thank you very much, Alireza, and thank you to the Council for having me back again at this important gathering. And Happy Nowruz to all.

At the risk of being somewhat repetitive with some of our other esteemed speakers, I will offer my views, which I think are pretty much in alignment with everyone else. I’ll probably speak a little more plainly than some of the others. But the original JCPOA was a huge mistake. It was driven by an irrational desire by the Obama team to realign America’s policy foundations in the Middle East to somehow think that the regime in Tehran, as it exists now and as it did during the Obama administration, that it would be a partner for the United States and somehow improve the way we work, was ridiculous. The idea that that regime would change its terrorist stripes and suddenly be nice was ludicrous and ignorant then, and it still is today. The money released from the frozen accounts and outright gifted to Iran did nothing but fuel terrorism and the continued development of the other weapon systems that Iran is counting on to bring even more destruction to the region. The lack of any aspects that would have restrained the IRGC in accepting that fact made the United States look weak, feckless, and frankly clueless. Then-Secretary of State John Kerry’s comments of well, this isn’t about the IRGC, it’s about their nuclear program. How could anyone sitting in the Secretary of State’s office think that these things were not inextricably connected to one another? The more strict policies of the Trump administration were in fact moving Iran to a degree towards compliance. It was at least looming on the horizon as a possibility. And the way we knew that was how stridently the mullahs were squealing under the pressure of those policies. Now President Biden has abandoned the concept of dealing from strength and is basically giving Tehran exactly what it’s been praying for.

We must stop this foolishness of trying to work with the mullahs, return to operating from a position of strength and maximum sanctions, and do our best to end this horrific regime and work toward true freedom for the Iranian people.

When you add to that mix the complication of the Russian invasion of Ukraine, it really goes south.  Could America look any more confused and inept in dealing here? We have the Russians negotiating for America to renew the JCPOA. At the same time, we’re asking Iran and Russia, two countries that we have sanctioned, to pump more oil for us because of purely domestic concerns. I don’t like paying any more for gas than anybody else, but the idea of going to those two countries that way is crazy. Tehran, as has been mentioned, has supported Russia in its illegal invasion of Ukraine from the day it started in defiance of the will of the rest of the civilized world. And at the same time, Russia adds its own demands to the negotiations and says they won’t get the deal signed unless they are given completely free reign for its trade relations with Iran, so no restrictions on Russia at all in this regard. To be honest with you, I don’t know how poor Don Lemon and the other people on the legacy media are dealing with this. They’re so befuddled and confused that it would be humorous except that it’s so sad.

The Biden administration now wants to lift the foreign terrorist organization designation for the IRGC. Look, as a former Army Green Beret, these are the people I used to chase around the world. The IRGC is the most dangerous terror organization in the world. They are the ones who empower the other really important terrorist organizations like Hezbollah, like the Syrian government, like different parties in Lebanon, around Iraq. And why do we want to lift this designation? Not because the IRGC has changed a whit. It’s because we just want to sweeten the pot to try to get Tehran to buy onto this deal. They are playing us again like a fine violin, and America again looks weak and feckless.

So, we’re going to flood Tehran with money at the same time repeating the blunder of putting no restrictions on the IRGC activity. So, we take off restrictions on Tehran. We again give them literally boatloads of money. All the while, they are unrepentant, undeterred, and blatantly proclaiming that they will continue their terrorist operations in support of all of these other terrorist factions around the world. These actions cannot even be considered a policy. When you lump them together, they are so schizophrenic that the internal conflicts of them hardly can stand up. Biden must drop this fool’s quest to reform the present regime in Tehran. It will not change. The IRGC is still a foreign terrorist organization and the murderous leaders in power in Tehran will never be a viable negotiating partner for any responsible nation, let alone for the United States. We must stop this foolishness of trying to work with the mullahs to return to operating from a position of strength and maximum sanctions and do our best to end this horrific regime and work toward true freedom for the Iranian people. Thank you.