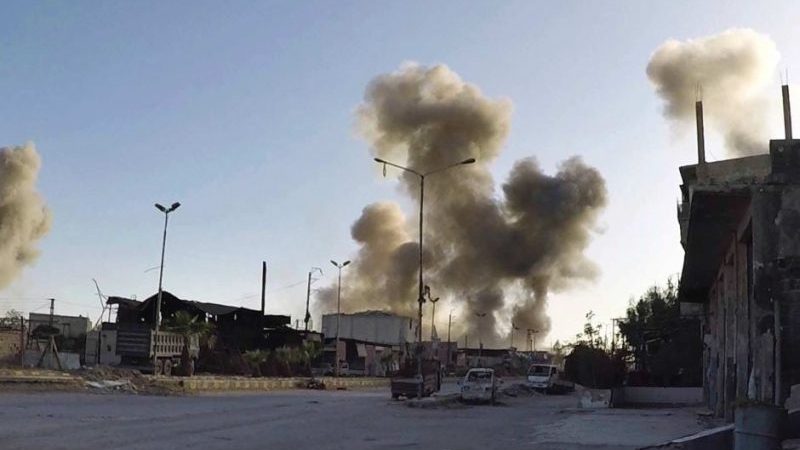 The Assad regime’s recent chemical attack against innocent civilians marks another atrocity in Syria’s multi-year human catastrophe. Hospital reports indicate that the victims all showed signs of chemical exposure. In total, there were over 500 casualties and at least 42 confirmed deaths, two of them small children brought into the hospital cold, limp, and foaming at the mouth.

The attack sparked widespread condemnation from the international community. U.S. President Donald Trump called the act “mindless” and a “humanitarian disaster.” British Prime Minister Theresa May said the Assad government must be “held to account.” Predictably, the Iranian regime was one of the few silent voices, due to its steadfast support of the Assad regime. Alluding to Iran’s inhuman complacency, French Prime Minister Emmanuel Macron said that Assad’s allies “bore particular responsibility in this massacre.” 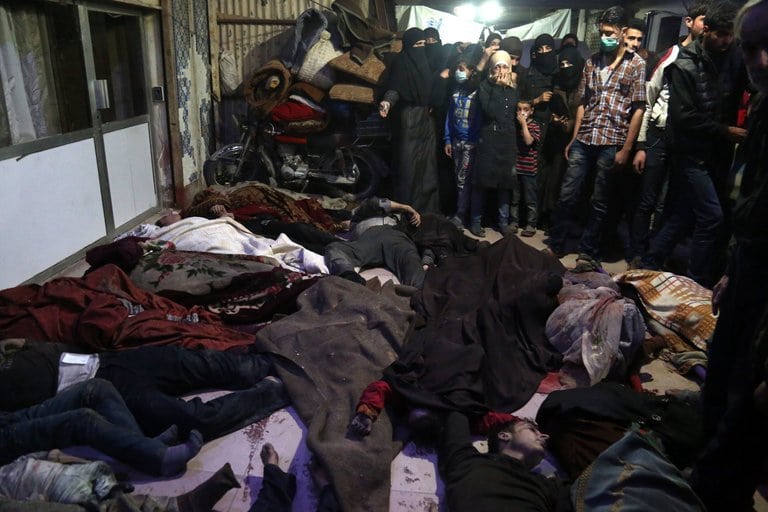 The Iranian regime’s alliance with Syria was born following the Iranian Revolution in 1979. Iran has been granted Syrian construction contracts and generally supported all actions taken by the Assad regime.

Direct Iranian involvement in the attack has not been confirmed, but its silence underscores the absence of moral leadership in the Middle East. Iran is the world’s number-one state sponsor of terrorism and systematically violates the human rights of its own citizens. By proxy, this gives all Iranian allies a green light to commit their own atrocities. Conversely, an Iran committed to international law could dramatically reshape the inter-state accountability dynamics within the Middle East.

During the uprising in Iran that engulfed as many as 142 cities, one of the key chants of Iranians in the street was, “Leave Syria Alone, Think About us,” a clear popular rejection of the Iranian regime’s nefarious involvement in the violence in Syria. If the international community seriously wants to prevent further Syrian atrocities, it must support the Iranian people strive for regime change, in favor of a secular, democratic, non-nuclear form of government. This is a key step in bringing peace to the Middle East.