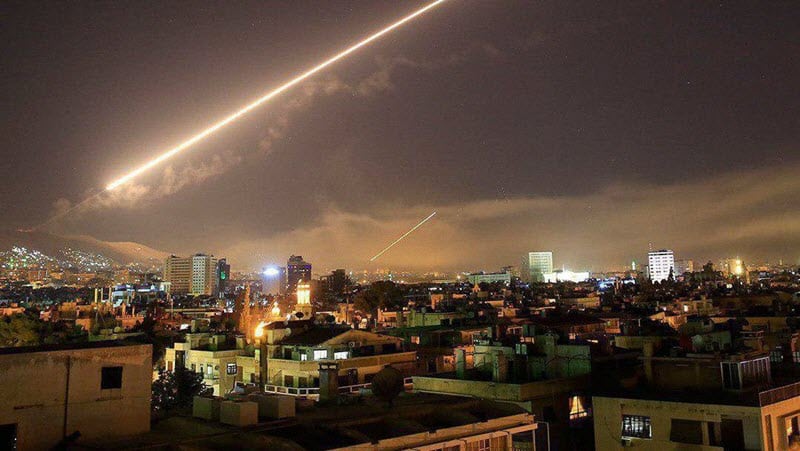 It must be complemented by total expulsion of Iran’s IRGC and its mercenaries from all over the region.

The targeting of the production and maintenance centers and facilities of the deadly chemical weapons of the brutal dictator of Syria and the dismantling of the war machine of this regime is an indispensable step to end the historical catastrophe of Syria that for seven years has killed more than 500,000 innocent and defenseless children and women and men, has displaced half of the country’s population, and its scope has been stretched far beyond the borders of this country.

This action, which is urgently required by all the people and freedom-lovers in Syria and other countries in the region, must be completed by expelling the anti-human mullahs’ regime and its Revolutionary Guards and mercenaries from Syria, Yemen, Iraq and other countries of the region. The mullahs’ regime is the main source of survival of Bashar al-Assad and the main source of terrorism and extremism and warfare in the Middle East and the vast sections of the world.

The policy of appeasement toward the ruling religious fascism led the regime to unprecedentedly increase its crimes against humanity and war crimes inside and abroad without paying any price. The time has come to put a firm end to the appeasement and connivance in the face of these crimes that are a flagrant violation of internationally recognized laws and standards.

Iranian Silence on Chemical Attack Speaks Volumes
Comment
Why Is Iran’s Exchange Rate Falling After the Lifting of Sanctions?