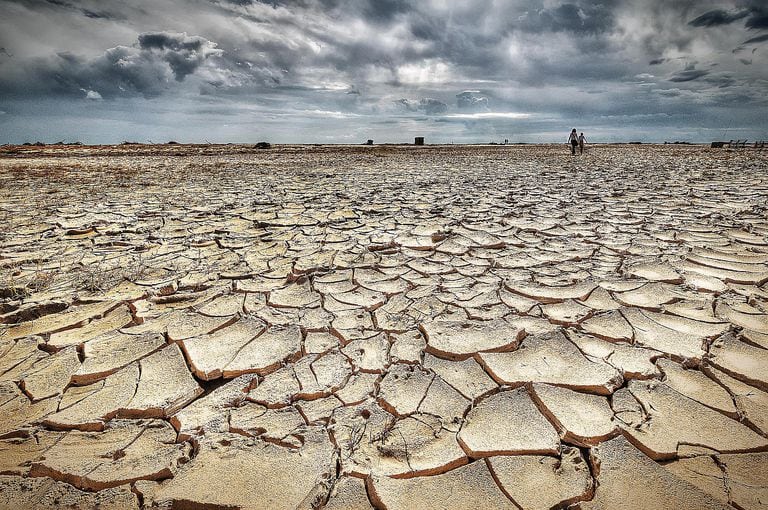 For nearly two months, farmers and other residents of the Isfahan region in central Iran have taken to the streets to protest the destruction of their crops from the diversion of the Zayanderud River, aggravating the drought that has plagued the country.

Officials have promised to compensate the struggling farmers, but aid has not arrived and towns have “emptied out,” as those once living and working there “moved,” according to Reuters . According to the regime’s Meteorological Organization, approximately 97% of the country is suffering the effects of drought.

The issue of water rights has long been a grievance in many regions. According to activists, protests in early January against corrupt practices aggravating the drought turned deadly when government forces opened fired, killing five. Those protests took place in Qahderijan, just 10 km (6 mi) from the most recent unrest.

The protests began in early March, with dozens of famers complaining that local politicians were allowing water to be diverted in exchange for bribes. They follow the unprecedented wave of anti-government protests which erupted in December and January against economic hardships, but almost immediately turned to demands for regime change.

Isfahan is not the only city whose citizens have risen up since the nationwide uprising. In cities across Iran, protests have erupted regarding specific causes and reasons to defy the government. They all stem from frustrations with official inaction, mismanagement, and widespread discontent with the current regime. In Ilam, gas refinery workers gathered to demand job security, the re-hiring of their wrongly fired colleagues, and the payment of their overdue salaries. Residents of Kazeroon gathered in front of city hall to protest redistricting.

Ms. Maryam Rajavi, President-elect of the National Council of Resistance of Iran, applauded the efforts of the farmers and other citizens in Isfahan to defend their water rights, and called on the Iranian people, especially the youth, to support them in their cause.