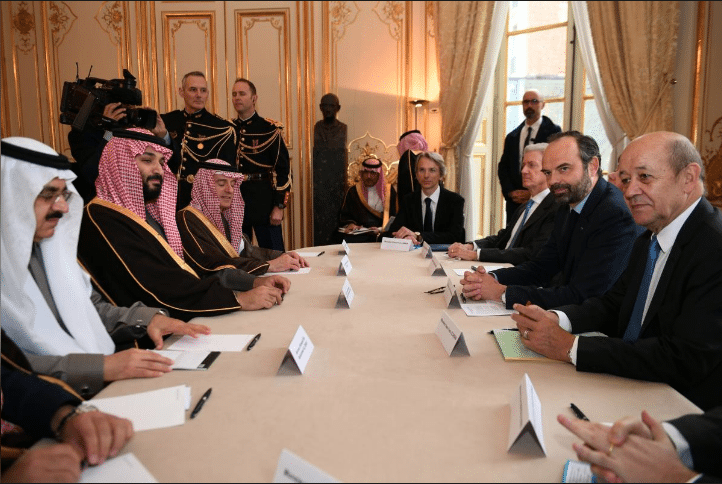 A recent three-day visit by Saudi Crown Prince Mohammed bin Salman with French President Emmanuel Macron has yielded a renewed French commitment to combat the Islamic Republic of Iran’s expansionist Middle East policy. The meeting comes in the wake of recent ballistic missile attacks on Saudi territory by the Iran-backed Houthi rebels. U.S. Ambassador to the U.N. Nikki Haley recently linked the missiles directly to the Iranian regime, evidence of how Tehran arms terrorist proxies as part of its efforts to export violence and further destabilize the Middle East.

Commenting on the Houthi threat, President Macron said: “It is obvious we would not tolerate any ballistic activity that threatens Saudi Arabia.” His statement underscored France’s increasingly hardline stance against the Iranian regime’s meddling. France should continue this effort by sanctioning the Iranian ballistic missile program, an action that no EU country has undertaken since 2012.

Although the two leaders disagreed on the implementation of the Iran nuclear deal, they still found common ground on how to tackle Islamic extremism. Macron emphasized their agreement on the need to reduce “all the projects of expansionist political Islam which could feed other forms of terrorism and destabilize the region.”

France’s uncompromising stance comes at a crucial point in Iranian politics. Political unrest is sweeping through Iran and the ayatollahs are increasingly vulnerable. More international support for the Iranian people’s uprising would increase the likelihood of the current regime’s downfall and replacement by a democratic, free Iran.