Iran Regime Is Threat to All Middle East, Not Just Saudi Arabia 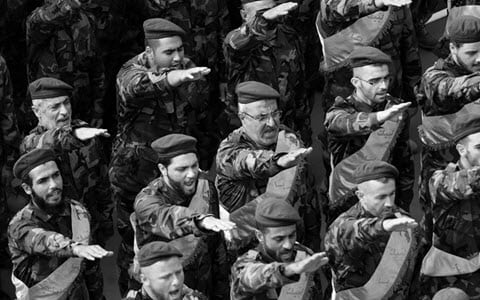 NCRI – The Iranian Regime does not simply pose a threat to Saudi Arabia, as most Arab media coverage implies, but rather to the entire Middle East and the world as a whole.

Indeed, there is no direct Iranian invasion of Saudi Arabia- that would be a suicide mission- instead the Iranian Regime has invaded Yemen, Iraq and Syria, while semi-occupying Lebanon through the local proxy, Hezbollah.

This is part of Iran’s dangerous Shiite Crescent formation, which Jordan’s King Abdullah II warned of years ago, and a representation of the Shiism projects that caused other countries to cut ties with Iran, including Algeria, Tunisia, Morocco, Sudan and Senegal. Egypt.

While in Kuwait, the national carrier was hijacked and the convoy of its head of state was blown up.

Iran also provides support to al-Qaeda networks which are run by Osama bin Laden’s disciples, much like when their Revolutionary Guards (IRGC) allowed his children and key terrorists to take shelter in Iran when the US authorities were looking for them.

However, it is important to recognise that it is more widely spread elsewhere.

That’s why it is strange to see Iran painted as Saudi Arabia’s problem, with sometimes the acknowledgement of the UAE and Bahrain opposing Iran as well.

Mashari Althaydi, former managing senior editor for Saudi Arabia & Gulf region at pan-Arab newspaper Asharq al-Awsat, wrote on Al Arabiya: “The Khomeini project’s threat will not spare anyone. It is an ongoing coup project against everyone. What happened in Black Africa is proof of this globalized Khomeini greed…In brief, this is not Saudi Arabia’s battle alone. It is the battle of all Arabs and all Muslims, or rather all humans against a regime that incites sedition. He who does not fight the battle today according to his own conditions will be eaten up by villains.”