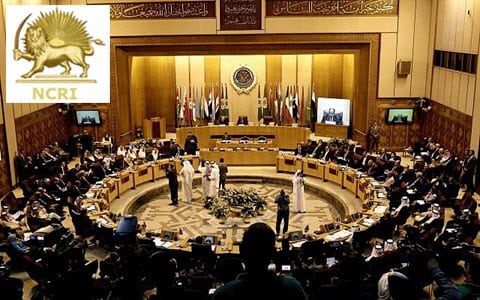 Iranian Resistance welcomes the decisions adopted by the extraordinary summit of the foreign ministers of Arab States, such as condemnation of the mullahs’ regime for “its continued involvement in Arab affairs which feeds sectarian and religious strife” and “support for terrorism and terrorist groups in Arab States with advanced weapons and ballistic missiles,” and the referral to the United Nations Security Council for “violations of Resolution No. 2231 on the development of the ballistic missile program” and “violations of the Resolution (2216)” with regard to Yemen….and considers it as a necessary step to confront the policy of exporting fundamentalism and terrorism of the mullahs regime ruling Iran that must be completed with a series of practical measures.

The clerical regime is in extreme need of export of terrorism, war and extremism for its survival. Since three decades ago, the Iranian Resistance has emphasized the need to confront this regime as the greatest enemy of peace and tranquility in the region and the world. Failure to pay attention to this threat and negotiation and appeasement has allowed the regime to expand the unprecedented wave of terrorism and war and massacres to regional countries from Syria, Iraq, Lebanon and Palestine to Yemen, Bahrain and Afghanistan, and even beyond the region.

Some of the necessary measures to complete the positions of Arab foreign ministers, as well as the decisions of the Riyadh Conference (April 2017) and the Islamic Cooperation Organization Summit in Istanbul (April 2016) are as follows:

1. The expulsion of the mullahs regime from the Islamic Cooperation Conference and all regional institutions and organs, and awarding Iran’s seats to the National Council of Resistance of Iran as the only democratic alternative to the religious and terrorist dictatorship ruling Iran;

2. Complete termination of economic and diplomatic relations of Arab and Islamic countries with the Iranian regime;

3. Adoption of necessary regional and international measures to expel the Revolutionary Guards and its mercenary militias from the countries of the region, in particular, Iraq, Syria and Yemen, and to prevent the Iranian regime and its militias from sending troops and weapons to the above countries in pursuance of Security Council Resolutions 2216 and 2231;

4. Providing comprehensive political, financial, military and weapons support to the Syrian democratic opposition, and banning any Iranian regime’s interference in the negotiations on Syrian crisis;

5. Putting the IRGC in the terrorist lists, and complete prohibiting of dealings with its affiliated companies;

6. Condemning the mullahs regime’s crimes against the Iranian people, in particular the execution of 120,000 political prisoners, including the massacre of 30,000 prisoners in 1988, and supporting the people’s will to overthrow this anti-human regime;

Terrorism and extremism in its present form has emerged in this region since the reign of mullahs, and these destructive and deadly policies will end only with the overthrow of this regime. This is a matter within reach because of the hatred and disgust of the whole people against this regime and the presence of a national opposition and a powerful and organized alternative.