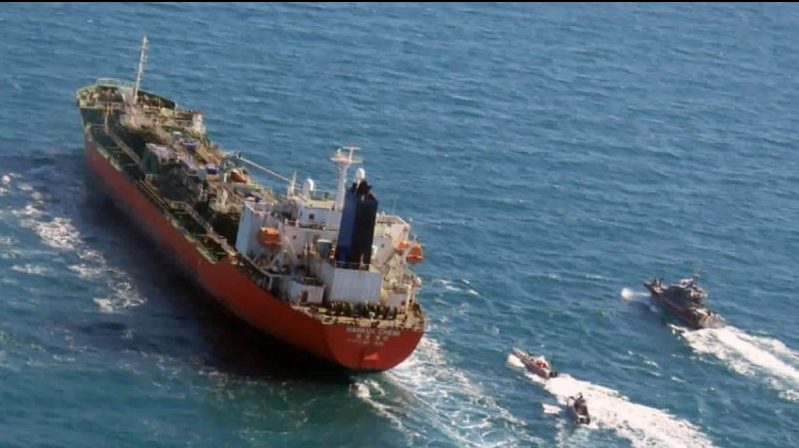 John F. Kennedy once said, “The great enemy of truth is very often not the lie … but the myth — persistent, persuasive and unrealistic.” The Iran nuclear deal, also known as the JCPOA, is often touted by its advocates as the crown jewel of diplomacy, restraining a dangerous regime from obtaining nuclear weapons. This assessment is a persistent, persuasive and unrealistic myth.

A sober assessment, detached from the partisan affiliations so customary in Washington today, confronts a stubborn fact: the Iran deal did nothing practical to prevent a nuclear armed Iran.

Let’s consider the most recent example. The International Atomic Energy Agency (IAEA) said on Jan 14th that Iran has begun installing equipment for the production of uranium metal. Uranium metal is one of the key materials used at the core of a nuclear warhead. As part of the nuclear accord, the Iranian regime agreed not to engage in the production of uranium metals for 15 years, and to seek approval if it sought to initiate research and development after 10 years. But now, it has started that process without such approval.

The regime is now stockpiling more than 10 times as much low-enriched uranium as the accord allows, meaning it currently has enough enriched uranium to further enrich to weapons usable level and make at least one bomb. Tehran is also using advanced, more efficient centrifuges prohibited under the deal.

In mid-January, the regime also announced that it had resumed enriching uranium by up to 20 percent at its Fordow site, which is buried deep inside a mountain. Under the deal, Tehran had agreed to only enrich uranium up to 3.67 percent, and even that was forbidden in its Fordow facility. Why was the regime allowed to have such capabilities? What mechanisms were in place to prevent a 20 percent enrichment? And why has it been so easy for Tehran to do it?

The deal’s advocates would argue that had the U.S. not withdrawn in 2018, all this would never have happened. The question is not whether or not it would have happened, but how and why it did happen. In reality, Tehran never abandoned its nuclear weapons program, nor did it address an array of questions about “possible military dimensions,” of its nuclear program.

Tehran’s violations speak volumes about the structural flaws of the JCPOA. The deal did not dismantle the machinery of the regime’s bomb-making, leaving Tehran holding all the instruments required to resume its nuclear weapons program at a moment’s notice.

These are not undetected technical loopholes; they are enormous openings for a regime that has consistently pursued nuclear weapons. No wonder the mullahs are so eager for the U.S. to rejoin, so they can start receiving huge economic relief while preserving and advancing their nuclear weapons capabilities.

More troubling, the recent violations are merely those visible to the public. There is a significant secret dimension. There is much evidence that Tehran has always been in violations of the nuclear dear by hiding its nuclear weaponization program, and expanding its weapons related activities after the JCPOA. Most recently, in October 2020, it was revealed that since 2017, the regime has developed a new facility near the military complex of Khojir,  focused on preliminary explosions to build nuclear weapons. The source of the information, the National Council of Resistance of Iran (NCRI), has said that Tehran is also engaged in the secret and illicit purchase of military-grade seismometers from Russia in order to record the results of those explosions.

The NCRI’s President elect Maryam Rajavi was not wrong to predict back in 2015 that by “circumventing six UN Security Council resolutions, an unsigned agreement will not close the mullahs’ path to deception and access to a nuclear bomb.”

That said, Tehran is clearly trying to coerce the Biden administration to quickly rejoin the agreement and lift the sanctions. The mullahs want to prevent the U.S. from closing the agreement’s loopholes, including steps to deny it any enrichment capability, dismantle the regime’s nuclear weapons program, its ballistic missile program, its state-sponsored terrorism, and its destabilizing activities in the region.

Their eagerness also reflects the increasingly vulnerable and crisis-riddled state of the regime domestically. Facing internal divisions, systematic and widespread corruption, an enraged public and the very real prospect of another nationwide uprising, Supreme Leader Ali Khamenei is closing ranks, not opening up, both domestically and internationally.

Over the past two months, Tehran has increased its destabilizing activities in the region, taken dual nationals hostage, tested missiles and made overt threats, all with the intention of coercing rapid concessions from the U.S. It is a trap into which the Biden administration should not fall, and must not give up its significant and unprecedented sanctions leverage.

History has shown that caving in to a bully’s demands only emboldens it. Tehran must be forced to abandon its nuclear weapons pursuit, end its missile ambitions, halt its sponsorship of terrorism, cease its menacing regional activities and end the killing of its own citizens. The only policy that can do that is one that prioritizes firmness and resolve. Such a policy’s best ally is the vast majority of the Iranian public.

The regime is at the weakest point in its history. It should not be given another cheap lifeline.

Alireza Jafarzadeh is the deputy director of the Washington office of the National Council of Resistance of Iran (NCRI), which is credited with revealing Iran’s clandestine nuclear program in 2002. He is the author of “The Iran Threat” (Palgrave MacMillan; New York 2008).