Khamenei Perpetuates Pandemic to Keep A Restive Nation at Bay 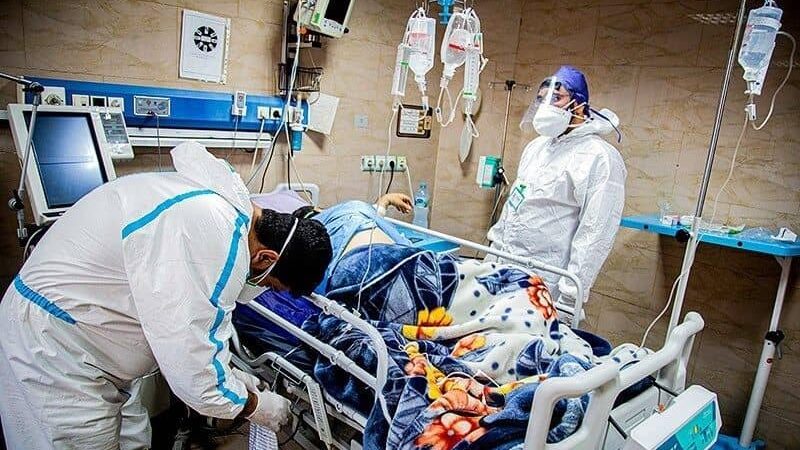 On January 8, the Iranian regime’s Supreme Leader, Ali Khamenei, along with his President Hassan Rouhani banned the import of American and British developed COVID-19 vaccines, declaring that they were “untrustworthy.” Khamenei also lobbed accusations that French vaccines “aren’t trustworthy either.” The ban comes despite both US and UK vaccines having been approved by both of their domestic, as well as international regulators.

Khamenei’s decree has received widespread international condemnation.  Amnesty International determined that it was “in step with the Iranian authorities’ decades-long contempt for human rights, including the right to life and health.”

The Supreme Leader’s outrageous ban on the life-saving vaccines serves as the apex to his regime’s continued effort to restrict its citizens’ access to Covid-19 treatments and prevention. Rouhani initially claimed that Tehran was unable to purchase vaccines due to the United States sanctions, although U.S. officials maintained in an April 6th factsheet that “U.S. sanctions are not preventing aid from getting to Iran,” adding, “The United States maintains broad authorizations that allow for the sale of food, agricultural commodities, medicine, and medical devices by U.S. persons or from the United States to Iran.”

Iran’s Central Bank chief, Abdolnasser Hemmati, later claimed that sanctions were the source of the regime’s delay in importing Covid-19 vaccines through the COVAX payment facility, which is jointly managed by Geneva-based Gavi, the Vaccine Alliance, and the World Health Organization. Gavi rejected this claim, its spokesperson stating that there was no impediment to Iran’s obtaining vaccines through COVAX as the U.S. Treasury’s Office of Foreign Assets Control had issued a license authorizing coronavirus vaccine procurement.

While the regime continues to lay the blame on sanctions, Iran’s people are bearing the brunt of the pandemic. Reports tallied by the People’s Mojahedin Organization of Iran (PMOI/MEK) point to an actual death toll of over 200,000, in which case Iran stands as either the second or third ranked country for Covid deaths, in the same range as Brazil, with twice the population.

Perhaps even more disturbing, the state-run Aftab-e Yazd daily reported on December 14th that vaccines are “being used by officials, along with their children and associates.” Apparently, the regime’s leaders are unfazed by Khamenei’s ban.

The Iranian regime maintains that it is developing its own domestic vaccine alternative by way of the “Execution of Imam Khomeini’s Order,” a financial institution under Khameni’s control. This domestic vaccine has been referred to as a “joke” by many of Iran’s own pharmacists. The state-run Jahan-e Sanat reported that the “Food and Drug Administration is under intense pressure to approve domestically produced vaccines and anti-coronavirus medicines.” Many view this, in addition to the regime’s banning of the US and UK vaccines, as the product of Khamenei and other regime officials’ financial stake in and control of domestic drug producers. The result? A deadly conflict of interest.

Others point to an equally chilling motive for the regime’s willingness to leave Iran’s people unprotected as the virus ravages the country: suppression. In November of 2019, protests snowballed into nationwide demonstrations against Tehran’s vicious leadership. 1,500 demonstrators were slaughtered, and 12,000 more arrested. With anti-regime outrage continuing to build, the spread of the pandemic became an excuse for the Islamic Revolutionary Guard Corps to effectively create a police-state and crush any form of dissent under the guise of a pandemic response.

The regime’s cruel indifference to the lives of ordinary Iranians, tragically an all too familiar strategy, will only aggravate the society’s intolerance of the ruling elite, hastening the inevitable regime change.