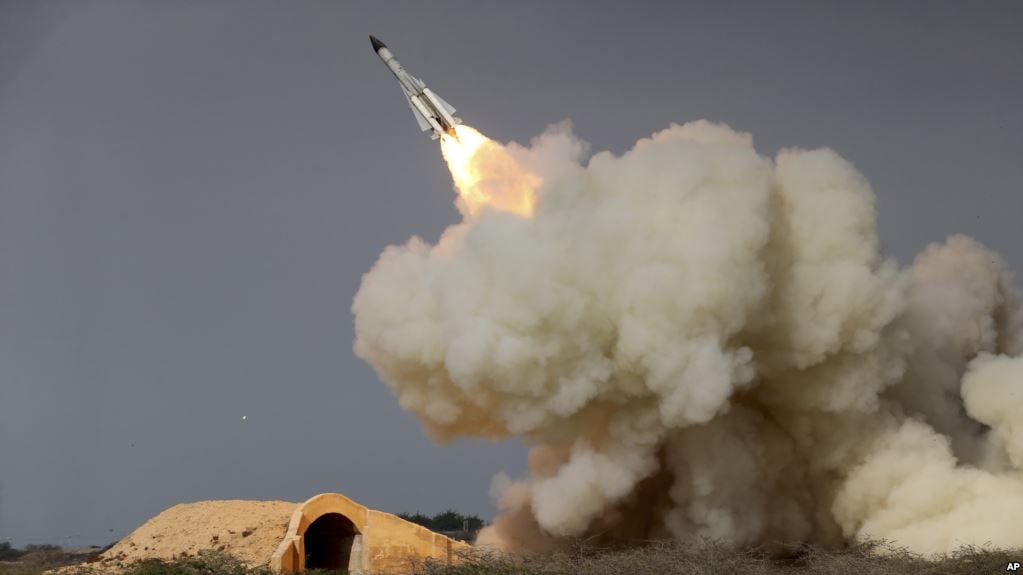 Iranian dissident group National Council of Resistance of Iran organized the event in honor of Nowruz, the Persian New Year. NCRI seeks to oust Iran’s Islamist rulers and replace them with a democratic system of government.

The House and Senate legislation sponsored by bipartisan groups of lawmakers would sanction individuals and entities involved in Iran’s ballistic-missile program, a program that Washington believes is part of Iranian efforts to produce nuclear weapons.

Iran denies the charge, saying its nuclear activities are peaceful and the ballistic missiles are meant for defense. 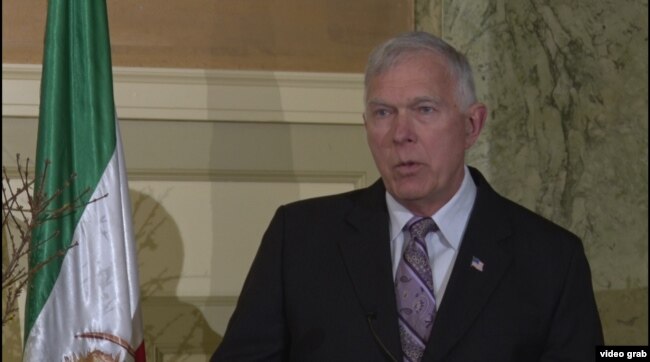 “There needs to be a signal sent [to Iran],” General Conway told VOA Persian on the sidelines of the Nowruz reception, when asked about the House and Senate bills. “Their previous behavior of launching [ballistic] missiles, and doing some other things contrary to the [nuclear] agreement needs to be recognized, so that you don’t reward bad behavior by doing nothing.”

Iran agreed to curb activities that could produce nuclear weapons as part of a 2015 deal with six world powers, who promised to scrap certain sanctions against Tehran in return.

A U.N. resolution that endorsed the nuclear deal also calls upon Iran not to engage in nuclear related activities such as ballistic-missile tests, but that resolution imposes no obligation on Tehran, unlike an earlier resolution.

“Iran’s actions are a clear violation of the spirit and the letter of those resolutions,” said Joseph, in separate remarks to VOA Persian at the event. “[Imposing] sanctions in response is a very important part of an overall strategy that we need to pursue to ultimately change the regime in Tehran.” 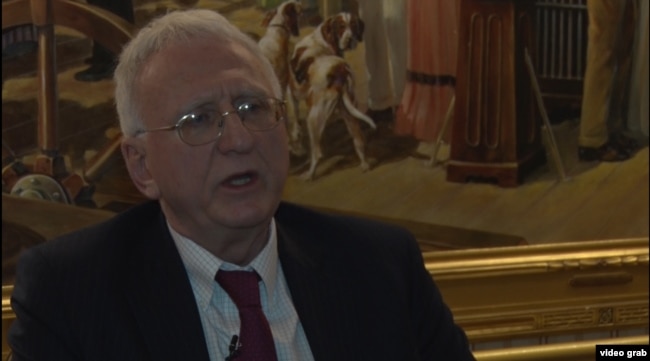 Joseph, who served as a U.S. undersecretary of state from 2005 to 2007 with responsibility for nuclear non-proliferation issues, also disputed Iran’s contention that its ballistic missiles are unrelated to nuclear weapons.

The new Iran sanctions bills were introduced just before the start of pro-Israel group AIPAC’s annual Washington conference, a three-day event that ends Tuesday. The conference draws thousands of pro-Israel activists who typically use it as an opportunity to lobby members of Congress to take a tougher line against Iran, a longtime foe of the Jewish state.

The Senate bill goes beyond calling for more missile related sanctions by also seeking to designate Iran’s Islamic Revolutionary Guard Corps, an elite military force, as a terrorist organization for alleged involvement in terrorist attacks around the world. The House bill does not contain such a provision. Also speaking to VOA Persian at the Friday gathering, former State Department spokesman Crowley said the U.S. should carefully consider the implications of a terrorism label for the IRGC.

“On the surface, there is plenty of evidence and grounds to do that,” he said. “By the same token, you’re going to shut down the outside world’s access to the Iranian economy so it is a delicate balance.” In addition to its military role, the IRGC operates an influential industrial empire in Iran.

An Iranian American organization that supports the 2015 nuclear deal, the National Iranian American Council, is calling on U.S. lawmakers not to adopt the Senate bill. In a statement, it said sanctioning the IRGC as a terrorist group also “could have serious consequences for U.S. personnel on the ground in Iraq, subjecting them to retaliation from Iran-backed militia groups.”

The Senate and House bills would have to be reconciled before they could go to President Donald Trump for his approval. The White House has not yet commented on the legislation, but it has put Iran “on notice” for tougher U.S. action against its ballistic missile program after Tehran’s last test launch on January 29.

The Trump administration has responded to that test with one round of Treasury Department sanctions in February and a second round of State Departmentsanctions on March 21.

Iran has not commented on the U.S. sanctions legislation. But in a Sunday report by state news agency IRNA, Tehran announced sanctions on 15 U.S. companies for alleged human rights violations and cooperating with Israel. It was not clear whether any of the U.S. companies have dealings with Iran.