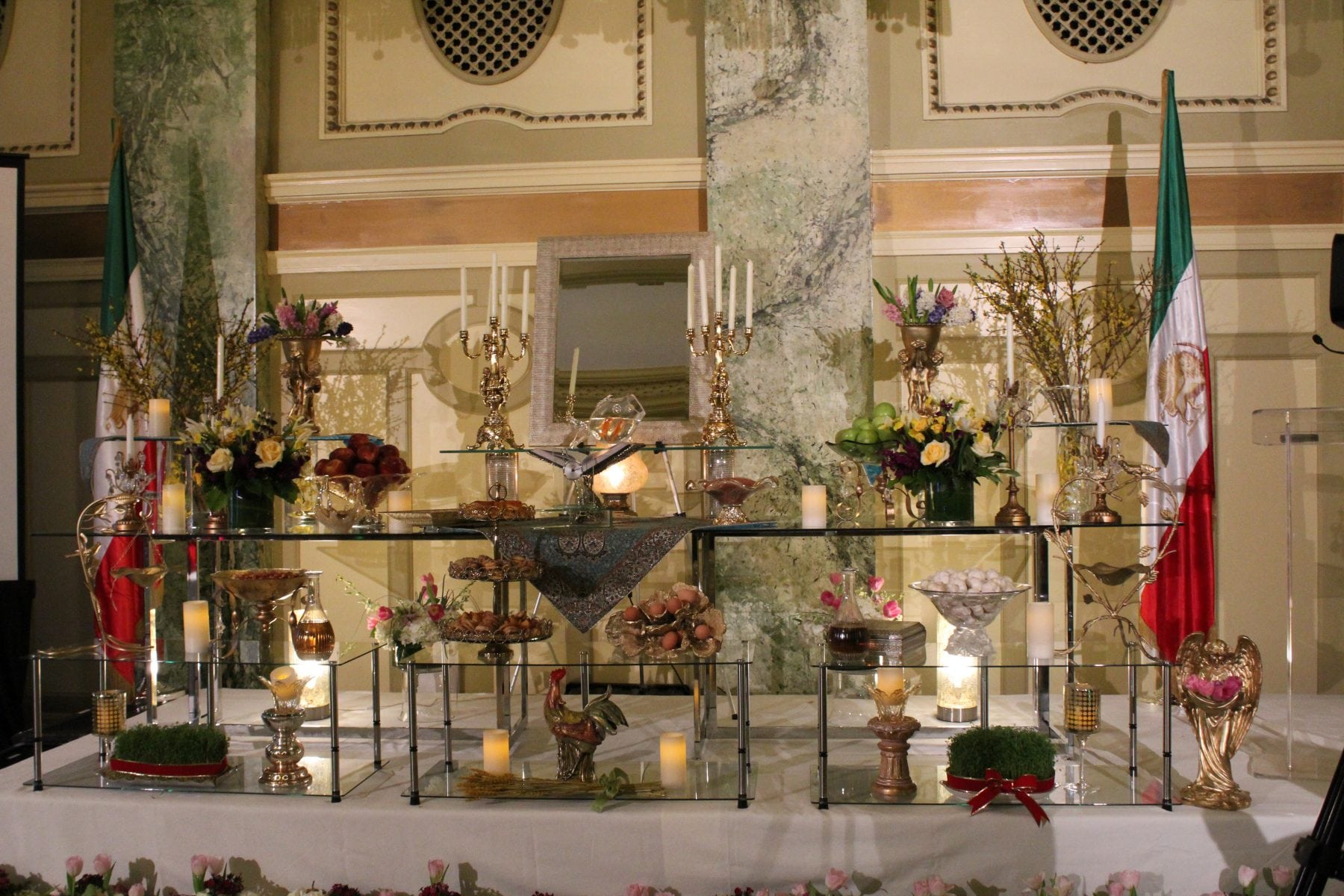 For Iranians, Nowruz symbolizes change. It heralds the end of the dark, dull days of winter, and the arrival of the flourishing days of spring. The dawn of a “new day,” Nowruz, and the coming of spring bear a simple, yet, at the same time, compelling message: The freedom of springtime is inevitable. It may be delayed, but it can’t be stopped.

Guests from different academic institutions, think tanks, the U.S. Government, and the U.S. Congress joined senior former U.S. officials and leaders of the Iranian-American communities at the colorful and lively event.  The traditional Haftseen table and a beautiful exhibition of Iranian handcraft decorated the room, bringing important culture to the celebration. Persian cuisine was served while the audience enjoyed listening to folk and traditional Iranian music.

In her remarks Samsami underscored, “the international community and the United States must hold this regime accountable for its crimes against the Iranian people, for perpetuating the war in Syria, and for exporting terrorism throughout the region. The Revolutionary Guards Corps—which is responsible for the domestic suppression and export of terrorism abroad—must be designated as a foreign terrorist organization.” Ms. Samsami also thanked the Albanian government for their hospitality in accepting Iranian opposition members.

Commenting on the relocation of thousands of members of the Iranian opposition, the Mujahedin-e Khalq (MEK) to Albania, that nation’s Ambassador to the United States, Ambassador Floreta Faber said, “I’m happy we could support your people and we tried to do this humanitarian cause and support those people who were endangered for their lives, and I hope they have a good life in Albania.”

“In the Marine Corps, we have a command that says, ‘Shift targets.’ My encouragement to you tonight is that you now shift targets. You’ve done incredible things for thousands of people who were previously in Iraq, now in Albania, and now it’s time to focus on tens of millions, I would argue, in Iran,” General Conway said.

Ambassador Joseph noted, “Nowruz offers renewed hope to all of us who seek a free and democratic Iran.  And beyond hope, it is a time to rededicate ourselves and reassert our determination to achieve this historic goal, this historic imperative.”

“One group of people were not intimidated.  They bravely suffered and watched their family members endure these hardships for 50 years, and never gave up the belief that the people of Iran have a deeper tradition—one that values men and women equally, one that wants to be at peace with the rest of the world, one that wants justice with mercy and due process,” emphasized Ambassador Bloomfield.

Mr. Crowley noted that all members of the Iranian opposition had been safely resettled in Europe. “In the years that I’ve been associated with this movement, this is the first time that our friends from what was Camp Ashraf and later Camp Liberty, are safe and out of harm’s way, and for that we are enormously grateful,” he said.

Ambassador Ginsberg added, “The dedication of Madam Rajavi, and hopefully the renewed alliance of the United States government that understands that an Iran nuclear agreement is not the pathway to liberate and to free the people of Iran.”