MENUMENU
Articles > And the Winner of Iran’s June Election Is …

And the Winner of Iran’s June Election Is … 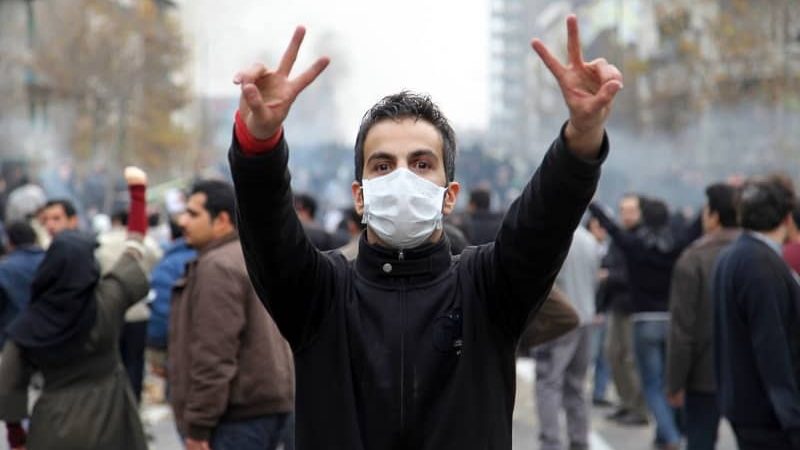 Iran’s clerical regime will hold a presidential election, albeit heavily rigged, on June 18. The ultimate winner will be the Iranian people. And the loser? The entire ruling establishment.

This election may very well be the last one that the theocratic regime stages. It is in a fragile state and for many insiders, particularly Supreme Leader Ali Khamenei, the June 18 contest is about survival.  Battered by uprisingssince 2017, institutionalized corruption, a bankrupt economy, and the 2020 parliamentary election boycott, Khamenei finds himself increasingly vulnerable. Ferocious factional infighting has further destabilized the ruling elite.

Uprisings in 2017, 2018, and 2019 featured slogans of “Hardliners, reformers, the game is now over,” and “Death to the dictator,” signaling that the Iranian people no longer pin any hope on elections as a conduit for substantive change. People see the theocracy as the first and foremost cause of their economic misery. One of the most dominant slogans in the recent uprisings has been, “Our enemy is right here; they lie when they say it is America.”

A nationwide uprising in November 2019 was curbed only by resorting to sheer repression. The Islamic Revolutionary Guard Corps opened fire, killing over 1,500 people. The crackdown and the images of those murdered now fuel the outcry for an election boycott. Khamenei’s heartless COVID-19 policy decisions, which included banning several internationally approved vaccines, have further enraged the nation.

In Iran today, anything could trigger another nationwide revolt. Khamenei is trying in vain to manage the seismic shift he knows is coming with a purge of his closest allies in a bid to consolidate his ruling apparatus, limiting power only to those absolutely loyal only to him.

The unelected vetting body, the Guardian Council, has barred several longtime establishment figures from running for office, most significantly Ali Larijani, who was speaker of the regime’s parliament for 12 years. Khamenei’s chosen aspirant is Judiciary Chief Ebrahim Raisi, who stepped into Iran’s political scene after the 1979 revolution as a pro-Khomeini zealot. Born in 1960, he started training as a cleric in Qom’s seminary at 15, and entered the clerical regime’s Judiciary as an assistant prosecutor in Karaj (Iran’s fourth most populated city) when he was only 19 years old. He became the prosecutor of the Revolutionary Court of Karaj at 20 and eventually rose to Judiciary Chief in 2019.

On November 4, 2019, the U.S. Treasury Department designated Ebrahim Raisi under Executive Order (E.O.) 13876, stating, “as deputy prosecutor general of Tehran, Raisi participated in a so-called ‘death commission’ that ordered the extrajudicial executions of thousands of political prisoners in 1988.”Those executed were primarily activists of the People’s Mojahedin Organization of Iran, according to Amnesty International and U.N. experts. Many reports suggest that the number killed was as high as 30,000.

As Judiciary Chief, Raisi oversaw the systematic crackdown and torture of thousands of arrestees following the November 2019 uprising.

The Supreme Leader has singled out Raisi because of his track record of implementing the most draconian measures to suppress dissent, and an infinite, unwavering willingness to crack down on the organized opposition. This may very well prove to be too little, too late.

The Biden administration should heed the call in House Resolution 118, with over 240 co-sponsors, in which a bipartisan House majority has declared it “stands with the people of Iran who are continuing to hold legitimate and peaceful protests against an oppressive and corrupt regime, and recognizes the rights of the Iranian people and their struggle to establish a democratic, secular, and nonnuclear Republic of Iran.”

The international community should look at Iran through a new prism. A weaker and more desperate regime is prone to more concessions. Accountability should be the agenda for any future exchange. In any case, an unstable regime is not and will not be a reliable or lasting partner. The United States, Europe, and the countries in the region should instead look to the people of Iran as their true, long-term ally and partner.