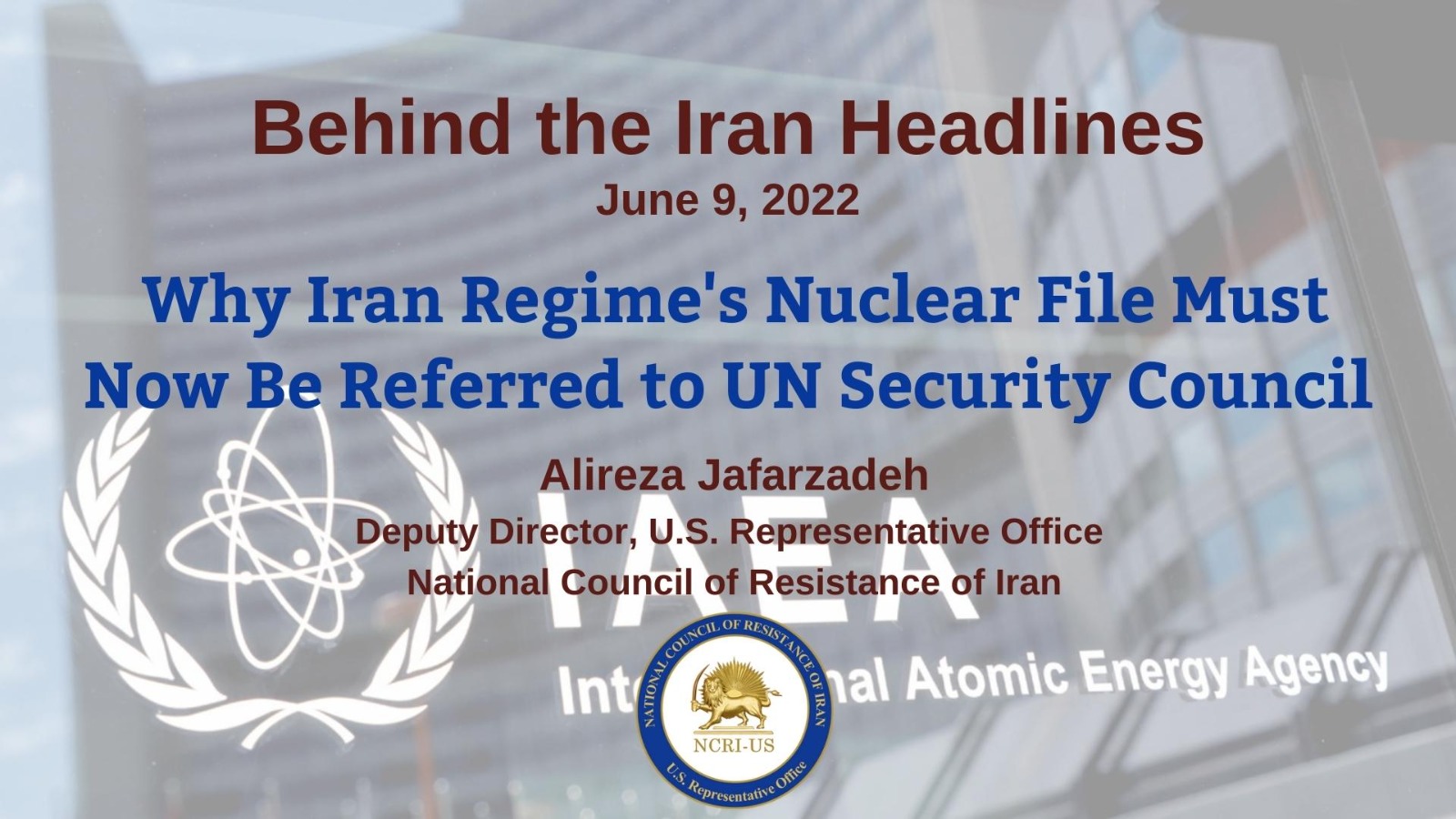 Alireza Jafarzadeh, NCRI-US Deputy Director: After the quarterly report of the International Atomic Energy Agency, the IAEA, its 35-member Board of Governors overwhelmingly passed a resolution that “expresses profound concern” about Iran’s regime for failing to explain uranium traces found at three undeclared sites and called on the regime to act “without delay.”

This resolution is a step forward because it is the first resolution since June 2020 and it happens after over a year of fruitless negotiations to revive the JCPOA, also known as the nuclear deal.

But it’s not enough.

The May 2022 IAEA report, perhaps the most detailed and damning since its November 2011 report, made it clear that the regime had played games with the agency for the past several years. In the three locations, after the IAEA requested to visit the sites, the regime razed the buildings and removed the structure and soil. Yet, the IAEA found traces of nuclear material. Despite all the evidence, the regime says they result from acts of sabotage by a third party to contaminate the area!

The IAEA’s report states that the regime has not provided explanations that are technically credible in relation to the Agency’s findings at those locations. In effect, the IAEA shows that the regime is lying to its teeth.

But the reaction from the Board of Governors is not proportionate. Postponing meaningful actions to the next meetings of the Board allows the regime to get closer to the nuclear bomb.

So, what should be done?

The regime’s nuclear dossier must be referred to the UN Security Council, and the six UNSC resolutions should be reinstated. This could have and should have been done a long time ago. The regime’s nuclear and enrichment sites must be shut down and anywhere, anytime inspections must be carried out.

Think about the destruction that the Iranian regime has done even without the nuclear bomb.

Remember that the regime never abandoned its nuclear weapons program, because this is the guarantor of the survival of the Velayat-e-Faqih regime, and they need it even more now that they are facing nationwide uprisings.

The total cost of the regime’s nuclear project and secret facilities, which the Iranian Resistance proudly exposed 20 years ago, is about $2 trillion, yes 2 trillion dollars. This is an important cause of the poverty of the Iranian people. This explains why it is prudent for the outside world to stand on the side of the Iranian people seeking regime change, rather than offering concessions to the ruthless rulers of Iran.