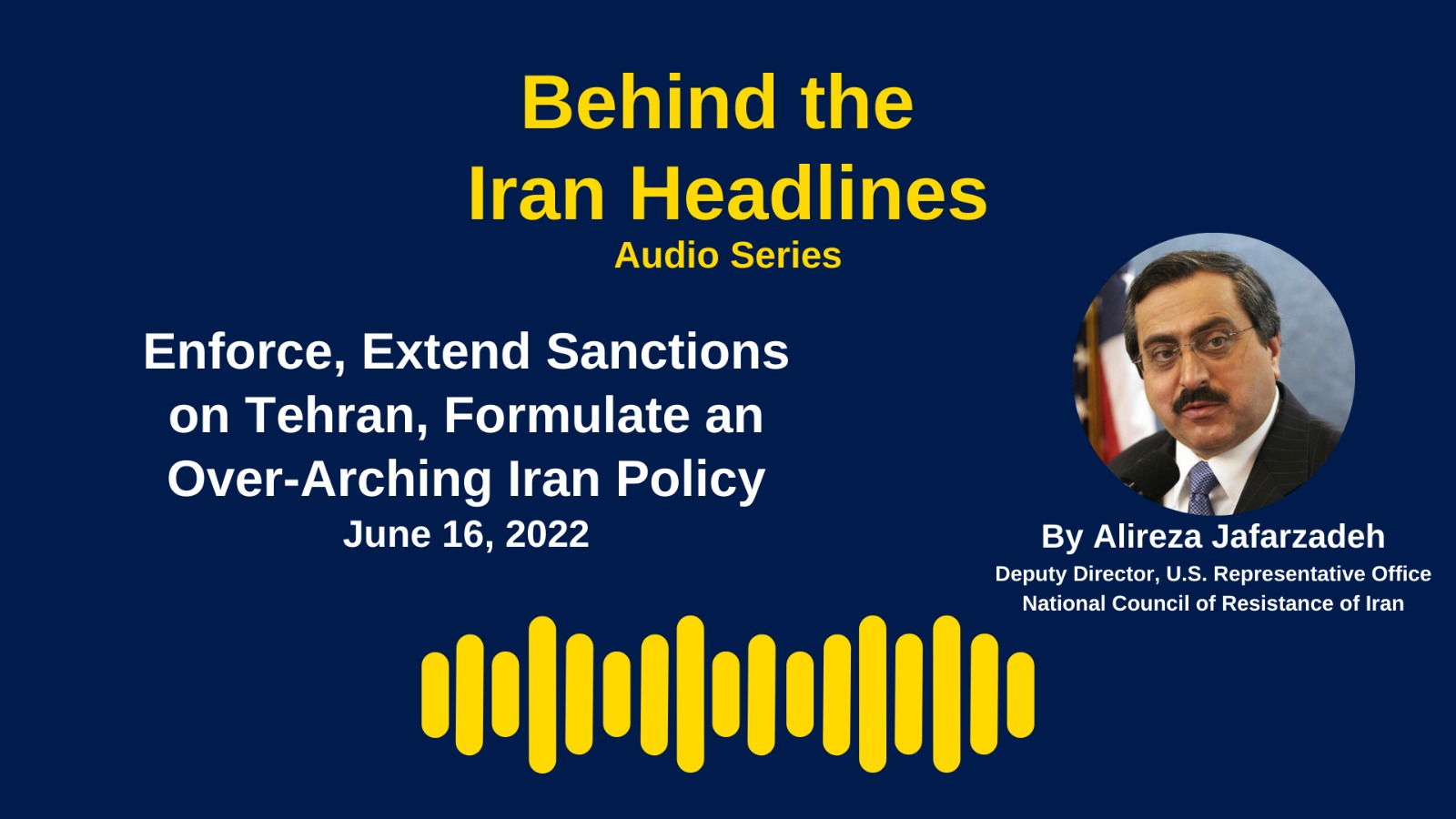 Marun Petrochemical Company was first exposed by the NCRI in March 2017. It is part of the “Armed Forces Social Welfare Investment Organization,” one of the 14 economic powerhouses controlled by the regime’s Supreme Leader Ali Khamenei and the IRGC.

All these entities are directly involved in facilitating the regime’s proliferation, terrorism, and suppressive activities, and are key culprits in the plunder of the national wealth of the Iranian people and the crippling economic devastation.

Today’s sanctions by the U.S. Treasury Department are welcome, but they are not sufficient.

First, all existing and new sanctions, particularly those targeting Tehran’s energy sector must be effectively enforced.

Second, all remaining entities and individuals involved in human rights violations, suppression, and terrorism, as well as the nuclear proliferation and missile and drone program in Iran, must be held accountable and sanctioned under relevant Executive Orders or other applicable laws.

For all these measures to be effective in permanently halting the regime’s malign and destabilizing conduct, they need to be components of an over-arching Iran policy where support for the Iranian people seeking and fighting for regime change and human rights, lies at its core.

The ongoing anti-regime protests triggered by dismal living conditions and astronomical high food prices are spreading to all social sectors across Iran.

Shouting “Death to Khamenei, Death to Raisi” they hold Khamenei, his president Raisi, and the entire regime as the root cause of their misery.

Protesters see the theocracy’s overthrow as the only way to end their misery.

And shouting “Death to the oppressor, be it the Shah or the Leader (Khamenei)” they are also forward-looking, vying for a future free of kings’ totalitarian reign and the ayatollahs’ religious dictatorship.