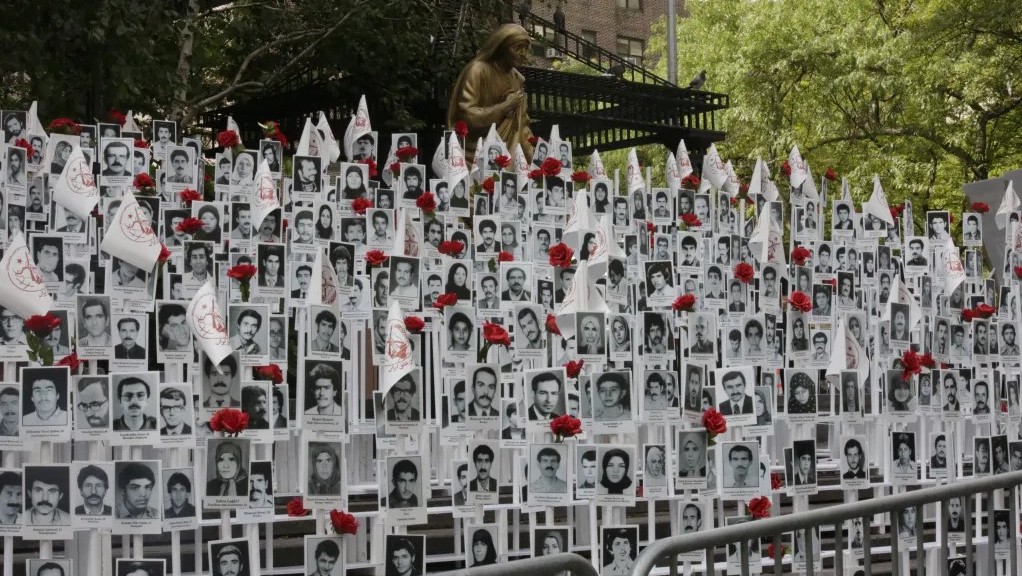 WASHINGTON, DC, December 10, 2020 – December 10 marks the internationally recognized Human Rights Day, a harbinger of an end to tyranny and oppression and a day to pay tribute to all defenders of human rights and dignity. This year, it also marks a new awakening of the world conscience to the past and present crimes against humanity committed by the religious dictatorship ruling Iran, most notably the 1988 massacre of thousands of political prisoners and the 2019 massacre of over 1,500 pro-democracy protesters.

On December 9, 2020, the text of a communication by seven United Nations experts referring to the 1988 massacre as a “crime against humanity” was published. The seven UN Special Rapporteurs called for an “in-depth” and “independent” investigation into this horrific crime.

The 18-page report states that “we are seriously concerned by the alleged continued refusal to disclose the fate and whereabouts of thousands of individuals who were reportedly forcibly disappeared and then extrajudicially executed in 1988. We are further alarmed by allegations of the authorities’ refusal to provide families with accurate and complete death certificates, the destruction of mass graves, the ongoing threats and harassment of the families, the lack of investigation and prosecution for the killings and the statements from the Government denying or trivializing the cases and equating criticizing the killings as support for terrorism.” The UN experts stressed, should the Iranian regime “continue to refuse to uphold its obligations under international human rights law, we call on the international community to take action to investigate the cases including through the establishment of an international investigation.”

Mrs. Maryam Rajavi, the President-elect of the National Council of Resistance of Iran (NCRI), said: “The communication by UN official experts on the massacre of political prisoners in Iran as a crime against humanity, which calls for a thorough and independent investigation into all cases, represents a culmination of the roaring blood of martyrs who adhered to their principles, and is a major step forward in the Call for Justice Movement after 32 years.”

Mrs. Rajavi added, “The UN official report emphasizes that the Iranian regime has refused to uphold its obligations under international human rights law. This underscores the need to refer the dossier of this ongoing crime against humanity to the UN Security Council, and to prosecute the perpetrators and masterminds of one of the great crimes of this century.”

Amnesty International described the UN experts’ report as “a momentous breakthrough” which “marks a turning point in the long-standing struggles of victims’ families and survivors, supported by Iranian human rights organizations and Amnesty International, to end these crimes and obtain truth, justice and reparation.” Amnesty International added, “Top UN human rights experts have now sent an unequivocal, and long overdue, message: the ongoing crimes of mass enforced disappearances resulting from the secret extrajudicial executions of 1988 can no longer go unaddressed and unpunished.”

In a book titled Iran: Where Mass Murderer Rule, The 1988 Massacre of 30,000 Political Prisoners and the Continuing Atrocities, NCRI-US documented the details of the massacre and the perpetrators of the atrocity

All Iranian officials “who commit human rights violations or abuses should be held accountable. The United States calls on the international community to conduct independent investigations and to provide accountability and justice for the victims of these horrendous violations of human rights, organized by the Iranian regime,” she said in a video message on July 17, 2020.

On December 10, 2020, Assistant Secretary of State Robert A. Destro said, “The United States echoes the UN’s call for an independent investigation into mass disappearances and summary executions in Iran in 1988.” He added, “The regime has failed to provide families an accounting of the fate of their loved ones. Instead, they threaten families and desecrate grave sites.  Iranians deserve justice.  We urge the international community to hold the regime accountable to the UN’s demands.”

The fascist theocracy has an existential need to kill, torture, and terrorize its citizens to stay in power. Beyond its borders, it thrives on terrorism, fomenting mayhem, and assassination of dissidents. Since 2018, seven of the Iranian regime’s diplomats have been expelled by European nations for their involvement in terrorism. Another, Assadollah Assadi, was just on trial in Belgium for bringing a powerful bomb from Iran and delivering it to his accomplices to detonate at a huge 2018 Free Iran gathering of some 100,000 people in Paris. The regime’s Foreign Ministry, instead of engaging in diplomacy, is engaged in terrorism, hostage taking, and blackmail to secure the interests of Iran’s rulers.

Regrettably, the long-held policy of western capitals to turn a blind eye to Tehran’s systemic and egregious violations of human rights and terrorism has emboldened the regime by giving it a sense of impunity. Now, the international community has this opportunity to hold Tehran accountable for its past and ongoing crimes against its citizens. It must not allow the regime to hold human beings as hostages and repeatedly swap them with its terrorists to evade accountability.

It is vital that the international community send a clear message to the mullahs ruling Iran that the era of impunity is over. Launching a formal investigation into the 1988 massacre would be an important first step which should lead to charges against current Iranian officials at the International Criminal Court.