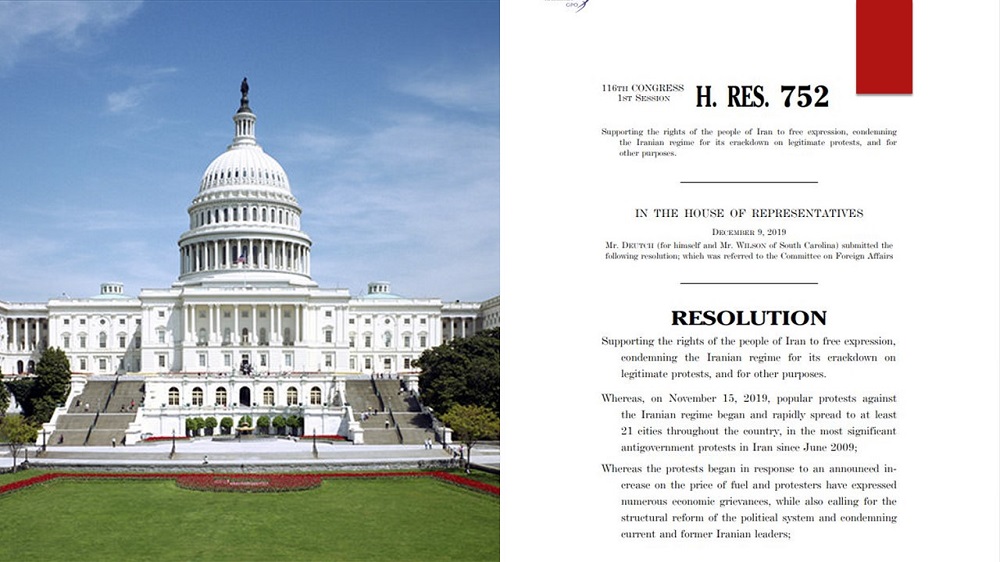 Officials from the National Council of Resistance of Iran (NCRI) have welcomed a new U.S. Congressional draft resolution supporting the Iran protests, but say more needs to be done to pressure the regime to halt the massacre of protesters, The Washinton Times reported on Thursday.

Congress is stepping up its pressure on Iran’s regime amid continuing unrest across the country that has claimed the lives of more than 1000 protesters with no end in sight.

Lawmakers on Capitol Hill this week introduced the first formal piece of legislation expressing explicit support for the demonstrations that have rocked Tehran and condemning the government’s violent response, The Washington Times reported.

“With this resolution, Congress is sending the strong, bipartisan message to the people of Iran that we support their democratic aspirations and will do everything in our power to hold this regime accountable for its deliberate human rights violations,” said Rep. Joe Wilson, South Carolina Republican and co-sponsor of the bill, according to The Washington Times.

The protests, the most violent since the 1979 Islamic Revolution, began November 15 after the Iranian regime announced a 300 percent increase in fuel prices. The demonstrations quickly snowballed into a much broader anti-regime movement in cities across the country.

The regime responded to the protests with a nationwide internet blackout and blocked communication between cities in an attempt to end the demonstrations.

“The Iranian regime has an infamous reputation for egregious human rights abuses against its own people, including by censoring the internet, restricting both religious freedom and political participation, imprisoning journalists, and torturing political dissidents,” said Rep. Ted Deutch, Florida Democrat who also co-sponsored the resolution, The Washington Times wrote.

The show of support comes as the U.S. State Department announced yet more sanctions on several Iranian shipping and aviation entities that the U.S. claims have been aiding Iran’s nuclear programs.

The U.S. moves to apply pressure on Iran’s regime and to support the protesters have been welcomed by Iranian-American critics of the regime, many of whom gathered on Capitol Hill on Wednesday afternoon to hear from several lawmakers who have backed the demonstrators.

Alireza Jafarzadeh, deputy director of the Washington office of the National Council of Resistance of Iran, told The Washington Times at an event hosted in the House of Representatives by the Organization of Iranian American Communities that while the bill is “great first step,” it does not provide the tangible backing from the U.S. government to deal with the crisis inside Iran.

“We’ve got a long way to go here,” Rep. John Garamendi, California Democrat, told the crowd. “But I join with you in looking to a future in which democracy and human rights are in Iran. I join with you that that should occur in the near future, not in the next millennium.”