MENUMENU
Articles > DOWN WITH TYRANNY: The World Must Stand With The Iranian People

DOWN WITH TYRANNY: The World Must Stand With The Iranian People 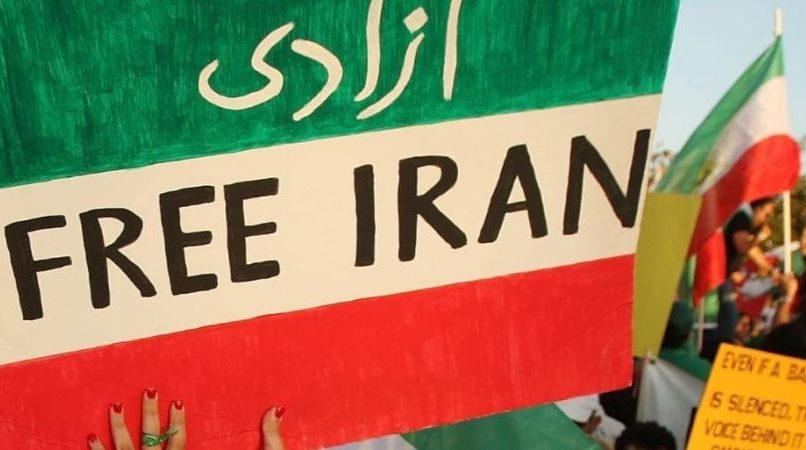 As 2018 dawned in Iran, a surge of urban uprisings engulfed more than 140 cities and towns. Protesters angrily chanted “Leave Syria alone, think about us” and “Death to Hezbollah” — slogans aimed at not only the regime’s President Hassan Rouhani but at the entire establishment. Reports from inside Iran indicate more than 8,000 arrests so far; more than 50 have been killed, as many as 5 under torture. Security thugs have begun knocking down doors at night, to arrest “likely protesters” “as a precautionary measure.”

The intensity, extent and speed of the outbreak shocked the regime, as well as much of the world, contradicting the conventional wisdom promoted by the regime itself and Iran apologists in the West. Unrest erupted in cities and towns long described as bastions of support for the ruling mullahs. Protests were not spearheaded by the Tehran elite, but by taxi drivers, teachers, workers, and nurses. The economic grievances that initially propelled ordinary Iranians into the streets overnight transformed into demands for profound change, specifically an end to clerical rule.  And in far-flung towns and small cities, they echoed their demands with one voice.

Raising the question: How? Who organized what evolved with lightning speed from an angry outburst into a nationwide movement? And what does that mean for the future of Iran?

If we look to the regime’s leaders, their answers are remarkably clear. Supreme Leader Ali Khamenei said, “It was an American and Zionist conspiracy…”  Rich Arabs provided the money, he said, while the main Iranian opposition movement, the Mujahedin-e-Khalq — “… the MEK” — were the boots on the ground.

Iran’s people took to the streets to protest economic hardships, but responded en masse with chants of “Death to Khamenei,” and “Death to Rouhani.” Clearly, there is a consensus that the only way they will ever see economic prosperity, political freedoms and personal dignity is by ousting their rulers.

Khamenei’s alarm, as well as that expressed by over a dozen Friday Prayer leaders, is legitimate. The MEK used social media to connect and interconnect Iranians, unifying their message and displaying an extensive network in cities across Iran. Khamenei ordered his judiciary to “separate” those who may have joined the protests out of “excitement,” from MEK affiliates, meaning harsh sentences will be given to the group’s activists.

Kazem Mojtabaii, Commander of Security Forces in Qom Province, bluntly acknowledged, “The hypocrites [derogatory term for the MEK] were calling on the people to come to the streets and they were leading and directing them.”

Seyyed Hossein Naqavi Hosseini, spokesperson of the parliamentary national security committee, warned, “These protests are run by MEK operatives…They lead the way; they have planned for the overthrow of the system; they go into action on the scene…They’re not done with their plans yet.”

That conclusion goes to the crux of the matter. Genuine economic and social grievances will continue to exacerbate ordinary Iranians’ wrath. They are rooted in the mind-boggling levels of corruption and self-aggrandizement of the regime’s inner circle, and in the theocracy’s inability to provide any genuine remedies. The regime cannot clamp down on the pervasive greed, most of which goes back to the mullahs themselves and the security forces on whom they depend to hold the people in check. It cannot fix the economy, more than 40 percent of which is controlled by the Revolutionary Guards and funds its proxy wars and regional meddling.

Perhaps most importantly, Iranians, like all peoples, want to express themselves freely, to explore the bounties of the outside world, and to create a modern, democratic republic in Iran. They want their human rights respected, and their political freedoms recognized. Clearly, those are demands the ruling regime is incapable of meeting.

At this watershed moment, the world must stand with Iran’s people, by demanding the release of all political prisoners, including the thousands arrested during the recent protests.

The United States must also hold Iran’s rulers accountable, with sanctions cutting off their financial resources. If the regime is squeezed, the people and their organized opposition can and will bring about change in Iran.

Soona Samsami is the representative in the United States for the National Council of Resistance of Iran (NCRI), a group which considers itself Iran’s parliament in exile.