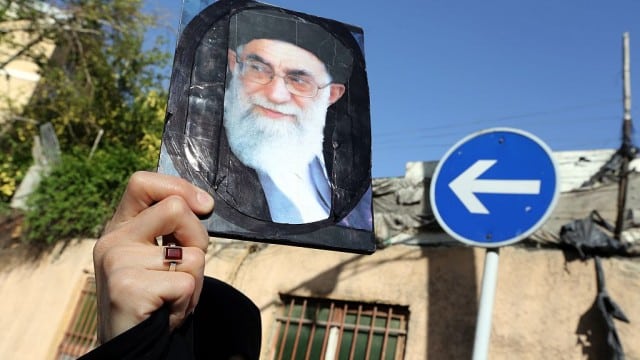 “Iran’s provocative actions threaten the United States, the region and the world,” Secretary of State Rex Tillerson warned in a major speech last month. The mere possibility of Washington pushing back on Tehran’s transgressions and focusing not only on the mullahs’ nuclear program but also on “alarming and ongoing provocations that export terror and violence” has already sent shockwaves through the clerical establishment.

Tillerson said the Trump administration is reviewing America’s overall Iran policy, a welcome opportunity to end nearly 40 years of botched rapprochement. A good place to start is by recognizing two basic realities: The regime is vulnerable to a hostile population eager to overthrow it, and the notion that the mullocracy can “reform” itself is a dangerous illusion that prolongs past mistakes.

A new approach, which enhances Washington’s policy options, would be political backing of the Iranian people’s decades-long desire to achieve democratic change.

The previous administration ignored the people, instead, setting its sights on reforms within the regime. But hopes for reform fell flat during the tenure of Hassan Rouhani, who enriched Tehran’s terrorists and executed opponents at an alarming rate.

Last month, Ebrahim Raisi, a prominent ally of Supreme Leader Ali Khamenei, announced he would challenge Rouhani in the upcoming presidential elections. The spectacle is prompting some in the West to once again trot out the “reformers vs. hardliners” horse race. But both men are veterans of suppression at home and export of terrorism abroad, and both have proven their loyalty to Supreme Leader Ali Khamenei.

Are there no differences between them? Of course there are, but they are limited to style rather than substance. Not only are the regime’s officials unwilling to reform major policies, but Khamenei has also effectively guaranteed that they will remain unable to do so for the foreseeable future.

In 2005, Khamenei ordered the government to transfer 80 percent of its holdings to “non-governmental public, private and cooperative sectors” —  i.e., Khamenei and his Islamic Revolutionary Guard Corps (IRGC) — by 2009.

A month later, the obscure Ahmadinejad beat the famous former President Ali Akbar Hashemi Rafsanjani to become president. Ahmadinejad’s election was no fluke. He quickly stacked ministries with veterans of the paramilitary IRGC. Half of his cabinet members were IRGC. A year earlier, IRGC veterans had won a majority of seats in parliament.

The newly released “The Rise of Iran’s Revolutionary Guards’ Financial Empire” describes the transformation as a power grab of overwhelming proportions. By some estimates, $12 billion worth of assets were transferred to Khamenei and the IRGC from 2005 to 2008. Today, one of the financial empires run by Khamenei, called the Setad, has assets worth well over $90 billion.

The IRGC’s rising financial star means megabucks for terrorists. Tehran is spending anywhere between $15-$20 billion annually to fund the war in Syria alone. The IRGC and Khamenei have also poured substantial sums of money into Yemen and Iraq. This week, Defense Secretary James Mattis correctly said, “Everywhere you look, if there is trouble in the region, you find Iran.”

Three conclusions can be drawn:

Second, Khamenei has ensured that the economic bedrock for sociopolitical transformation or reform will not materialize as long as the velayat-e faqih regime remains in power. Therefore, in the upcoming elections, the West should target the system as a whole, and avoid playing with the pieces deployed by the regime.

Third, Khamenei’s actions must be perceived not as a sign of his strength, but desperation. The ruling theocracy is at its lowest ebb because, as Khamenei himself acknowledged, even one step back in its policies would mean the collapse of the whole system.

Weakened and worried, Khamenei has realized that in order to prolong the survival of his regime, he has to reduce ranks to zealots to eliminate chances of major cracks in the political system which would lead to the regime’s total collapse.

The Trump administration should abandon the notion of Tehran as a playing field for illusory reformers vs. hardliners. Instead, it should side with the Iranian people and dig deeper into its diplomatic arsenal to seek out peaceful but potent tools that target the regime’s core pillars, such as the IRGC and domestic suppression. An important first step would be to designate the IRGC as a terrorist entity.

Recognizing the broader reality of the entire regime vs. the Iranian people would mark a historic shift in America’s Iran policy.