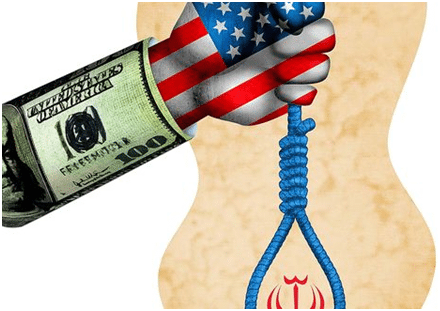 Most students of Physics 101 have been exposed to a well-known thought experiment called “Schrodinger’s Cat.” In this experiment, renowned Danish physicist Erwin Schrodinger illustrates an absurd feature of quantum theory that allows a hypothetical cat to be both be alive and dead at the same time. This, however, is impossible, a paradox. Sadly, Schrodinger’s dead-and-alive cat may just be the best illustration of the West’s contradictory policy toward the Middle East and most particularly, toward Iran.

In Syria, the Obama administration simultaneously opposes and supports Bashar Assad. While calling for Mr. Assad’s removal, billions of dollars from the U.S.-brokered nuclear deal with Iran helps bolster the dictator’s chances of survival. Indeed, without Tehran’s sustained support, the Syrian state as we know it might have crumbled long ago, denying ISIS a fertile breeding ground. That might well have happened as world oil prices plummeted, making it economically almost impossible to continue pouring cash into Syria to help Mr. Assad, but the new influx of cash from the nuclear deal has revitalized Iran’s ability to resume and actually increase both its training and material support for Mr. Assad.

Meanwhile in Iraq, the administration insists it supports an end to the vicious sectarian violence that has claimed thousands of American lives and trillions of American dollars while it tacitly endorses the Iranian regime’s dispatch of the Islamic Revolutionary Guard Corps’ Qods Force fighters, money, training and command structure to Iraq to presumably fight ISIS. But this adds fuel to the fire, as ISIS grew out of sectarian violence in Iraq actively fomented by Tehran in the wake the U.S.-led invasion and subsequent withdrawal. Since Iraq’s Sunnis hate the Iranian regime far more than ISIS, Iran’s involvement in Iraq further enhances ISIS recruitment.

Indeed, nowhere are the inherent contradictions of current U.S. policy in the region more pronounced than in Washington’s policy toward Iran itself. Washington seems simultaneously against human rights violations in Iran and willing to tolerate whatever the regime does. In July, the administration condemned Iran’s human rights record and made some money available through the State Department to fund pro-democracy and human rights programs in Iran, but turned around and let billions of dollars of unfrozen funds pour into the coffers of a regime that, according to human rights groups such as Amnesty International, is slaughtering and imprisoning its own people at a “staggering pace.”

The U.S. State Department lists Iran as the world’s No. 1 state sponsor of terrorism. It is the primary patron to Hezbollah, Hamas and Syria’s dictatorship. Yet the same State Department has legitimized the Tehran regime in the eyes of the world through diplomacy.

Although not as widely reported in the United States as one might expect, Tehran’s mullahs continue to launch missiles into Iraq targeting the Iranian dissidents who have taken refuge at Camp Liberty, Iraq — the latest of which took place just last month, claiming the lives of 24 residents. The State Department issues boilerplate condemnations when these attacks occur, but has thus far failed to live up to repeated commitments it has made regarding the safety and security of the residents of the camp.

The nuclear deal now in place will do little if anything to change Iran’s long-term behavior. It will not declaw the regime that to this day considers the United States to be the “Great Satan.” The day after the deal was struck, Iran’s Supreme Leader Ali Khamenei said that Tehran would continue to support its “friends” in the region, adding that Tehran’s Mideast policy is diametrically opposed to the goals of the United States. It’s been four months since the deal was made between Washington and Tehran, and during that time the regime has intensified domestic suppression while deepening its involvement in the war against the Syrian people. A month into Russian airstrikes, Tehran’s state-run media have reported 50 deaths among Islamic Revolutionary Guard Corp personnel, half of them senior officers.

To most independent observers, U.S. policy toward Iran and the wider region seems confused. It’s as if the United States either has no real policy or is pursuing different and incompatible goals in a region more complicated and interconnected than it knows. This is hurting the United States in the region. World leaders wonder what Washington is really trying to accomplish, but it has even worse consequences for the millions of people in the region suffering under the yoke of dictatorships or as targets of terrorism.