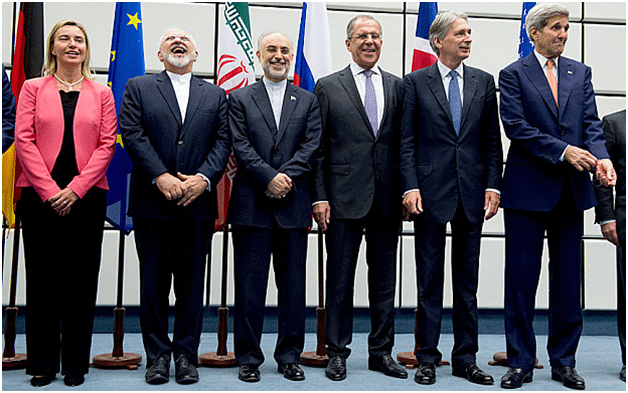 Critics rightly point out that the Iran nuclear deal announced on July 14 is deeply flawed. The pact preserves Iran’s major nuclear infrastructure; it fails to convincingly block all pathways to a nuclear bomb; Tehran can secretly outsource its sensitive nuclear work; and the agreement recognizes Tehran as a nuclear-threshold state with time-bound restrictions exclusively on declared sites.

But the more disturbing – and less talked about – aspect of the deal is not its inherent defects. It stems from the fact that the accord was introduced in a strategic policy vacuum that leaves other threats unchecked.

The U.S. continues to lack a broad, coherent, and effective strategy on Iran; one that affords the nuclear issue the weight it deserves, but does so in conjunction with – not in isolation from – Iran’s other threatening facets as well as the percolating desire of millions of Iranians who earnestly seek regime change.

The nuclear agreement may have dire unintended consequences: an emboldened regime that will channel gains into other threat generators, such as the financing of Islamic extremism. As a result, the perceived mitigation of one threat actually bolsters another.

Just this week, after the deadliest bombing in months in Bahrain, state media said the explosives used in the attack were similar to those smuggled in from Iran and seized days earlier.

Indeed, despite all the fanfare by Tehran’s apologists inside the Beltway, the agreement does not provide much cause for celebration in a region already embroiled in sectarian strife, for the most part encouraged by the mullahs.

Myopic focus on the nuclear issue has resulted in underestimating or even ignoring the two pillars of the theocratic regime: suppression of dissent at home and exporting of terrorism abroad.

Proponents of the deal argue that there is no other viable alternative. “Without a deal, we risk even more war in the Middle East,” President Obama warned in response to Congressional skepticism.

But, is war the only alternative? NO! There is a third option, long advocated by the most organized democratic resistance movement, the National Council of Resistance of Iran (NCRI): respect the Iranian people’s right to topple the tyrannical regime.

This option offers a comprehensive and potent policy that targets the regime’s Achilles Heel: popular resentment towards it. It will once again bring the Iranian people – not just a minority of fundamentalist rulers – and their vast economic resources into the international fold, facilitating lasting peace.

Make no mistake: Tehran came to the negotiating table because the pressure of economic sanctions threatened its ability to curb internal dissent.

The deal showed that Tehran’s Supreme Leader Ali Khamenei reluctantly capitulated and took a strategic poison pill, fearing popular unrest. In the shadow of sanctions and catastrophic economic mismanagement, popular resentment toward the regime was already at the precipice. In 2009, similar conditions facilitated popular uprisings that shook the regime’s foundations.

Today, Khamenei is in an even weaker position, facing vociferous and divided factions within his regime jockeying for power and influence in uncertain times. That provides a historic opening for the third option, because every step that the regime retreats opens the way for popular demands to advance.

With the real prospect of more infighting threatening Tehran’s internal equilibrium, Khamenei has fallen back on core principles. A few days before the agreement was announced, he told regime rank-and-file to “get ready to continue your fight against the global arrogance,” referring to the U.S.

The regime’s ally in Syria, Bashar al-Assad, lauded the deal and said he was assured that Iran would continue “with greater momentum” to support “just issues” in the region. He was perhaps buoyed by the U.S. concession to lift an arms embargo against Iran as part of the nuclear deal.

The U.S. and the world have their own allies: the Iranian people and the organized opposition, which by the way blew the lid on Tehran’s clandestine nuclear weapons program in 2002. They are ready and more than capable to create a secular, democratic and non-nuclear Iran, if only the West refrains from empowering the regime.

At this critical juncture, the regime should not be allowed to regain its balance. After its nuclear retreat, and before benefiting from hundreds of billions of dollars in unfrozen assets, this is the perfect opening to empower the Iranian people and their organized opposition movement. They can make major advances toward a more promising future in which terrorism, human rights abuses and nuclear weapons are firmly and permanently abandoned.