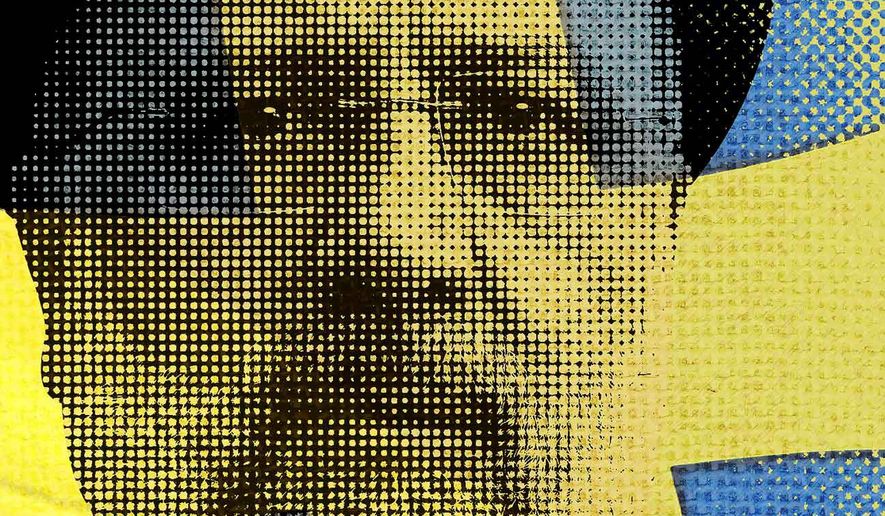 By Asghar Mehdizadeh, Originally published in The Washington Times, December 2, 2021

On Tuesday, August 9, 1988, two guards came to ‘Section 7’ of the Iranian prison in which I was held and told us to get ready to leave.

Soon, I was taken to an area later dubbed as the ‘Death Corridor.’

My friend, Hadi Mohammadnejad, always wanted us to count the number of prisoners as they were marched to the execution hall. I saw many blindfolded prisoners lined up. The guard ordered me to sit about two meters from the next prisoner. I quietly asked the other prisoner, “what’s going on?”

He said we were all being taken to be executed.

After 15 minutes or so, a prison guard opened the ‘Death Hall’ and ordered us to stand up. I will never forget how 12 prisoners instantly got up and courageously chanted a slogan supporting the main opposition Mujahedin-e Khalq (MEK).

I had seen countless inspirational scenes up to that day. But at that moment, I witnessed 12 human beings who defiantly laughed at death’s face. Their unyielding determination fueled my own sense of resistance against the regime. I watched how those 12 and three additional groups were taken to the Death Hall.

As the fourth group of prisoners was lined up, the guard ordered us to stand up and move. Inside the hall, the guard kept me about 30 meters from the hanging area. Struggling to see what was happening underneath the blindfold, I saw bodies piled up all over. For a moment, I felt dizzy and as if I were about to faint, but I kept myself standing. The body of each executed MEK supporter was dragged to the exit by two guards.

Moments later, the guard came and lifted my blindfold, forcing me to see the most horrific scenes I have ever witnessed. On the execution stands, I saw 12 MEK prisoners with ropes around their necks and their feet on chairs.

One of the guards, Hamid Noury, is now on trial in Sweden.

There were about 20 of them there that day. Suddenly, some prisoners began chanting, “Long live freedom, death to Khomeini and hail Rajavi.” One of the main officials panicked and ordered the guards to quickly kick the chairs from underneath the prisoners’ feet.

The official, Mohammad Muqiseh, was the first person who kicked the first chair. Mr. Noury and others followed him. Still horrified by these appalling murders, I also praised the freedom fighters who defied death. The regime massacred over 30,000, 90% of whom were MEK supporters and members.

The guards were so desperate and cruel that they began pulling on the bodies of the prisoners who were being hanged so that they would die sooner.

All of this was part of my testimony in a Swedish court that had temporarily moved to Albania to hear our eyewitness accounts. The trial of Hamid Noury is the first time in the last 33 years that a perpetrator of the 1988 massacre is facing justice.

Even so, the European Union has turned a blind eye to one of the most horrific crimes of the 20th century because it continues a policy of appeasement toward the regime.

This policy has given the mullahs impunity they need to commit more atrocities, including the November 2019 massacre in which more than 1,500 protesters were brutally killed in the streets of Iran.

One of the constant figures in the two massacres is Ebrahim Raisi, the current president of the theocracy. He was actively involved in executing thousands of young political prisoners in 1988. Raisi was one of the members of the Death Commission, which decided on the fate of the prisoners and ordered their executions. In his first news conference as president, he said he should not be condemned for this but rather “rewarded.”

Unfortunately, the silence of western democracies has lasted for thirty long years. Although Mr. Raisi has been promoted to the presidency, European governments remain silent. This is while the European Union recently adopted the Magnitsky Act against all human rights abuses globally and can easily apply it to Raisi.

More than 1,000 political prisoners recently gathered in Albania for an online world conference. They urged western governments to listen to calls by UN experts and Amnesty International to hold the Iranian regime’s leaders, including Raisi and Supreme Leader Ali Khamenei, accountable for their crimes, particularly the 1988 massacre.

The international jurists and legal experts who spoke at this conference said the 1988 massacre amounts to genocide. Genocide is the mass murder of a group based on ethnicity or religion. Geoffrey Robertson argued that the 1988 massacre fits this definition because the regime sought to eliminate the MEK in its entirety since the MEK advocated a tolerant and democratic Islam.

The Iranian people are urging the world to end the regime’s culture of impunity. The perpetrators of the 1988 must face justice. This is the only way to force the mullahs to stop human rights violations, regional terrorism, and their nuclear ambitions.

• Asghar Mehdizaeh (64), a former political prisoner, spent 13 years in different prisons in Iran, including 12 years in the notorious Evin Prison in Tehran and Gohardasht Prison in Karaj (west of Tehran).

Despite Nuclear Talks, Iran Is Still Far from Moderation
Comment
'Collaborating with the mullahs': Iranian dissidents warn US not to return to the nuclear deal