MENUMENU
Articles > ‘Collaborating with the mullahs’: Iranian dissidents warn US not to return to the nuclear deal

‘Collaborating with the mullahs’: Iranian dissidents warn US not to return to the nuclear deal 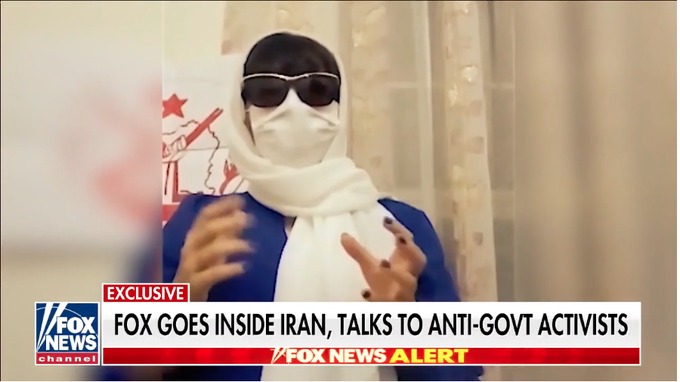 While Iran announced that it is escalating its nuclear program, despite the Vienna talks aimed at preventing just that, Iranian activists are speaking out to Fox News.

“My message to President Biden, it is that the regime of Iran does not represent the people of Iran,” said Ali, an Iranian activist who, like the others, warns of the consequences of the U.S. dropping sanctions against Iran if it re-enters the Iranian nuclear agreement.

“If the U.S. goes back to the nuclear deal, that’s the same thing would happen as happened back in 2015. Iran, the regime of Iran, is going to gain almost $160 billion and 1.7 billion Euros, and yet it is not going to stop its nuclear actions, and actually they even develop their ballistics and drone military drone programs.”

“You asked what will happen if the United States returns to JCPOA? I say frankly that this will be a tragedy,” says Sima, another activist who says the administration should not even entertain Tehran’s demands about the deal, known officially as the Joint Comprehensive Plan of Action, or JCPOA.

“The message of the U.S.’s return to JCPOA to us, Iranians, is that the U.S. is collaborating with the Mullahs in suppressing and killing the Iranian people and the Mullahs’ crimes against us, that serves the dictatorship and religious fascism. How can ransom be paid to a regime that brutally kills its own people?”

“After the JCPOA deal in 2015, the regime took the cash and spent it on terrorism. Our women in Iran resort to prostitution for a piece of bread,” she says. “Lifting sanctions or giving cash to the regime will only prolong its life, the life of the dictatorship.”

For months, massive protests have spread throughout the country from people calling for the overthrow of the regime, unhappy with government policies that have led to a troubled economy, rationing, and shortages of goods. Reports say thousands of demonstrators have been arrested or killed by regime forces. Fox News is not identifying the activists whom we spoke to for their own safety. But they are united in their opposition to the regime and steadfast in their message to President Biden and the American people.

“I want President Biden to be by the side of the people of Iran, the people who have been participating in different uprisings against the regime of Iran. Actually, now we are approaching the second anniversary of the November of 2019, where there was one of the biggest uprisings in the recent history of the regime. Where they could only maintain the people by killing more than 1,400 people on the streets and capturing and imprisoning more than twenty thousand people,” Ali told us.

The administration has said that it will only return to the deal and lift billions of dollars in U.S. sanctions, if Tehran lives up to the agreement. But the Iranian negotiators in Vienna have demanded that the U.S. sanctions be dropped first, potentially freeing up billions of dollars in new revenue for the regime, even before the talks can consider the nuclear program.

Supporters of the nuclear deal have said that it has prevented Iran from obtaining a nuclear bomb, and ensures transparency of the Iranian nuclear program for international monitors from the United Nation’s IAEA, the International Atomic Energy Agency. But the activists say the agreement will pave the way for Tehran to be free to obtain nuclear weapons when the agreement ends, which is now set for October 2025.

Some of the protestors, including the ones we talked to, are members of the largest Iranian opposition group, The National Council of Resistance of Iran. The group’s leader, Maryam Rajavi, has been warning about Iran’s nuclear intentions.

“The IAEA believes that the regime is close to making a bomb, an outcome of the policy of complacency,” Rajavi recently told the French National Assembly.

“Because of the lack of a firm policy, the regime has always taken advantage of negotiations to strengthen itself and prepare itself for further aggressions.”

She says that Iran’s Supreme Leader, Ali Khamenei, wants an Iranian nuclear bomb “to guarantee his power. He wants to hold world peace and security hostage to gain concessions. The only factor that can stop him is the Iranian people’s organized resistance and uprising.”

The group says that the regime’s hold is fragile, and that the reported killing of more than 1,500 protestors during street protests two years ago is proof that the government will resort to deadly brutality to try and maintain its grip on power.

“The Iranian people want the overthrow of the regime and a free and democratic society,” Rajavi says.

Ali, one of the activists we talked to, echoes those sentiments.

“The truth is, no one is going to hand us freedom on a silver platter. As Thomas Jefferson said, the Tree of Liberty, most from time to time be refreshed by the blood of the Patriots. We are ready and willing to pay the full price and give our lives for the future of Iran to be free.”

Swedish court putting Iran’s theocracy on trial
Comment
Iran: 100 MEPs Call On EU To Recognize the 1988 Massacre in Iran as Genocide and a Crime Against Humanity