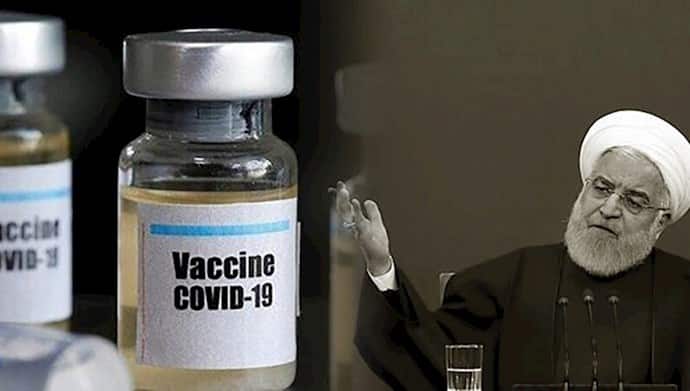 Over 257,600 have lost their lives due to the novel coronavirus outbreak, spreading across Iran because of the clerical regime’s inhumane Covid-19 policy. According to the state-run media, the regime continues this inhumane policy by not procuring vaccines or using the vaccination to further plunder people.

The regime has recently announced a plan, allowing private companies to import vaccines and sell them to people. These so-called private companies are the front companies linked to the Revolutionary Guards (IRGC) or the regime’s Supreme Leader Ali Khamenei. In a nutshell, under the mullahs’ regime, Iran is the only country where people are slowly vaccinated and must pay for accelerated vaccination.

“A paid out-of-line vaccination means corruption, people’s mistrust, discrimination, black market, and another unpredicted issue,” wrote the State-run Javan daily on Monday. “While the number of casualties increases daily, and the Covid-19 black ink spreads on our country’s map, the spokesman for the National Coronavirus Combat Task Force [NCCTF] explicitly speaks of receiving money for changing priorities,” Javan daily wrote, underlining that “prioritizing vaccines for rich people will not only tarnish the image of justice in health. It will pose a serious obstacle to controlling the disease.”

“The NCCTF has shown with its recent decisions that created a critical situation and brought the death toll from under 100 to over 400, is more effective in spreading the disease than it is in countering it. Now with planning to prioritize vaccination of rich people amid the bitter Pandemic of the Century, has demonstrated social and class discrimination and inequality,” Javan article adds.

The article of Javan’s daily acknowledges that the regime, “in the most critical situations, thinks of generating income from the fear and anxiety of the people.”

How the regime profits from vaccination

In December, the State-run Jahan-e Sanat acknowledged how the IRGC and Khamenei profit from the vaccination process. “The Food and Drug Administration is under heavy pressure to approve domestically produced vaccines and anti-coronavirus medicines. Because obtaining approval from the Ministry of Health means a huge profit for the drug owner,” Jahan-e Sanat article reads.

Khamenei and IRGC have been executing this plan through their “private companies.” One of these companies is Barkat Pharmaceuticals Holding Company. Barkat’s parent company owns 60.6 percent of the Alborz Investment Group, the second-largest pharmaceutical holding company in the country. Companies in this conglomerate include:

Khamenei, on January 8, banned the import of certified Covid-19 vaccines. He had two plans: First, use the increasing number of casualties as a barrier to people’s uprising. Secondly, he was planning to profit from the so-called “domestic” vaccine. People’s protests continue across Iran despite the Covid-19 outbreak, showing that Khamenei has failed in using this virus to control society. Now with the intensifying Covid-19 crisis, state-run media warn of people’s backlash.

“It has been 14 months since the coronavirus outbreak, and people have been forced to reduce contact and are in isolation. It is enough to put economic pressure, unemployment, and inflation next to these to bring someone to the brink of collapse,” wrote the state-run Ebtekar daily.

Of course, Iranian people have not collapsed; they are acting to make the regime collapse.
“Officials have conflicting opinions on various issues such as the ‘vaccine’ so people do not believe any of them,” wrote the state-run Arman daily, calling people’s hatred toward the regime “mistrust.”

“The rapid spread of reports related to general vaccination in neighboring countries [for Iranians] is like pouring fuel on the fire,” Arman’s article adds, underlining that “people’s mistrust is far more dangerous and deadlier than the Covid-19” for the regime.

Iran: State-Run Media Underline the Possibility of Another Uprising
Comment
IAEA Talks with Tehran on Origin of Uranium Traces at Undeclared Locations