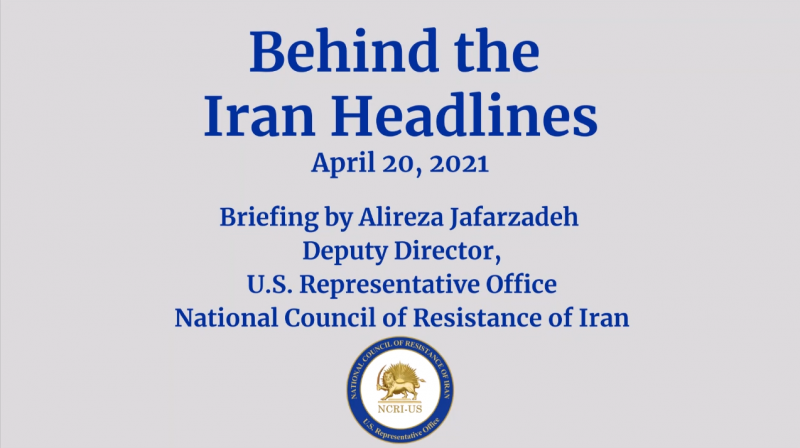 Alireza Jafarzadeh, NCRI-US Deputy Director: On April 19th, The UN nuclear watchdog, the International Atomic Energy Agency, the IAEA, began talks on what they say is “clarifying outstanding safeguards issues” on the origin of uranium traces it found at undeclared locations in Iran.

In the past two years, IAEA inspectors said it is “deeply concerned” after they found traces of enriched uranium at three sites that the Iranian regime never declared to the watchdog.

Iran has not provided credibly explanation and has denied access to sites in question.

one of the places is a site operated by METFAZ, which the NCRI revealed in 2009 and is tasked with developing nuclear trigger for the Bomb.

This is a very serious issue, because this shows that Tehran lied to the IAEA and the P 5+1 back in 2015 when it reached the agreement. the regime is also in violation of the non-proliferation treaty, or the NPT.

That is why senior Members of Congress, led by Senator Menendez are saying we need a new stronger agreement that would credibly end the nuclear weapons program Tehran and address all its malign activities, such as its terrorism, missile program, destabilizing activities in the region and the human rights violations.