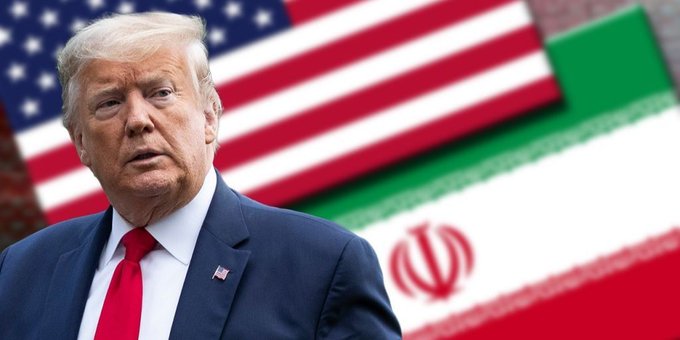 The State Department on Wednesday issued a report on global terrorism that outlined Iran’s funding and backing of terrorism abroad — just as the Trump administration escalates its efforts to extend an arms embargo on the rogue regime set to expire in October.

“The Iranian regime and its proxies continued to plot and commit terrorist attacks on a global scale,” the report, Country Reports on Terrorism 2019, says.

The department mentions Iran throughout the entire report, not only in the section on Iran but also in relation to the terror threat in other countries in the Middle East and North Africa, in particular, via the Iranian Revolutionary Guard Corps’ Quds Forces (IRGC-QF). The Trump administration ordered an airstrike earlier this year that out General Qassem Soleimani, the leader of the Quds.

The report says the regime in Tehran has used the group to “provide support to terrorist organizations, provide cover for associated covert operations, and create instability in the region.”

“Through the IRGC-QF, Iran continued its support to several U.S.-designated terrorist groups, providing funding, training, weapons, and equipment. Among the groups receiving support from Iran are Hezbollah, Hamas, Palestine Islamic Jihad, Kata’ib Hezbollah (KH) in Iraq, and al-Ashtar Brigades in Bahrain,” the report says. “Iran also provided weapons and support to Shia militant groups in Iraq, to the Houthis in Yemen, and to the Taliban in Afghanistan.”

It goes on to say that the regime is unwilling to bring senior Al Qaeda members to justice or even to identify those living in the country or in custody — saying it has allowed members “to operate a core facilitation pipeline through Iran since at least 2009, enabling AQ [Al Qaeda] to move funds and fighters to South Asia and Syria.”

It also accuses Iran of supporting terror plots in dissidents from groups such as the National Council of Resistance of Iran (NCRI) in European countries, including the Netherlands, Belgium and Albania.

In a statement reacting to the report, the NCRI said it was a sign that the regime was becoming increasingly shaky.

“The fact that most of the terrorism of the Iranian regime in Europe has been directed against the main Iranian opposition movement, signals Tehran’s extreme vulnerability inside Iran and its fear of overthrow, especially in light of the several waves of uprisings since 2018,” Alireza Jafarzadeh, deputy director of the NCRI’s Washington office, said in a statement.

The Trump administration pulled out of the 2015 Joint Comprehensive Plan of Action (JCPoA) in 2018 and has since has ramped up sanctions against Tehran as part of a “maximum pressure” campaign to get the regime to change its destabilizing behavior.

This week, the Treasury slapped sanctions on Iran’s metals sector, as well as the captains of five Iranian ships that delivered gasoline to the authoritarian Maduro regime in Venezuela.

The U.S. has also been lobbying hard to convince the United Nations to extend a 13-year-old arms embargo on the regime that is due to expire in October.

Secretary of State Mike Pompeo has warned that if the U.N. does not act to extend the embargo, then the U.S. will seek to “snap back” sanctions as it claims it is authorized to do as a still-participating member of U.N. Resolution 2231, which codified the Iran deal.

“The legal options in the Security Council are clear. Our great preference is to have a Council resolution that would extend the arms embargo, but we are determined to ensure that that arms embargo continues,” he said.